Celebrate the long anticipated The Last Jedi Blu-Ray release with this Crait-inspired Star Wars: The Last Jedi Smoothie. This post is sponsored by Lucasfilm. All galactic opinions are my own. May contain commissioned links. 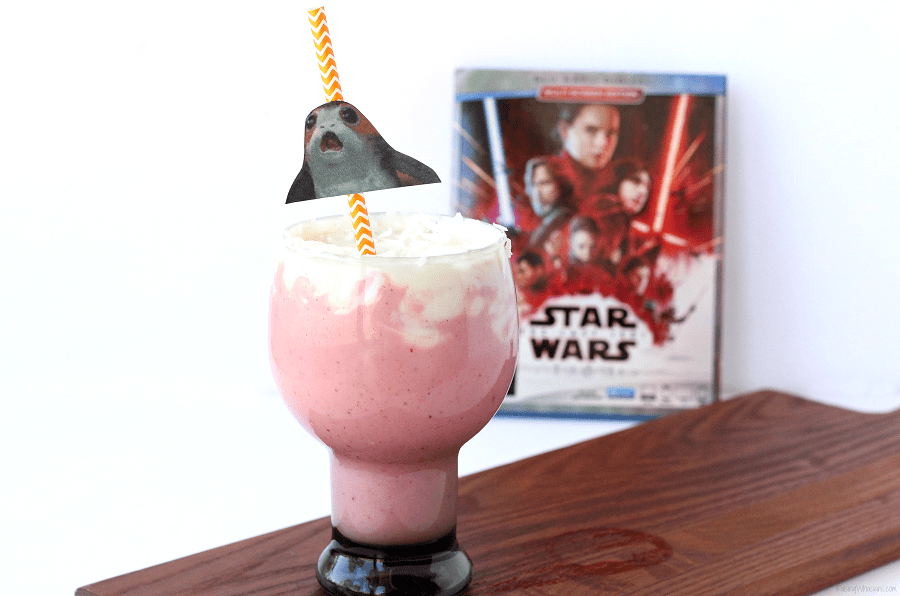 Is your family ready to own Star Wars history? The highest grossing film of 2017 (did I mention there were only a few weeks left of the year when it was released?), a beloved cast of characters, the first lead Asian heroine and surprising twists and turns in this action-packed film, it’s no wonder why we’re all rushing to own Star Wars: The Last Jedi on Blu-Ray this Tuesday March 27th. In case you’re already planning your next Star Wars themed movie night, I have the perfect Star Wars: The Last Jedi Smoothie to welcome in the fun with your new at-home release. Grab the directions to make your own Crait inspired treat, grab the details on all of the fun bonus features – and Star Wars: The Last Jedi giveaway, anyone?

Own a Piece of Star Wars History, Now on Blu-Ray

The 8th film of epic saga, Star Wars: The Last Jedi brings so many memories, so much heartache and always hope. As a parent raising Star Wars kids, it was inevitable that they would want to own this treasured piece of Star Wars history for our family movie collection. Having an Asian Star Wars role model for these two kids to look up to alone – it’s enough to have me buying into this film. But see all of the fun we had during the Star Wars: The Last Jedi Press Conference: 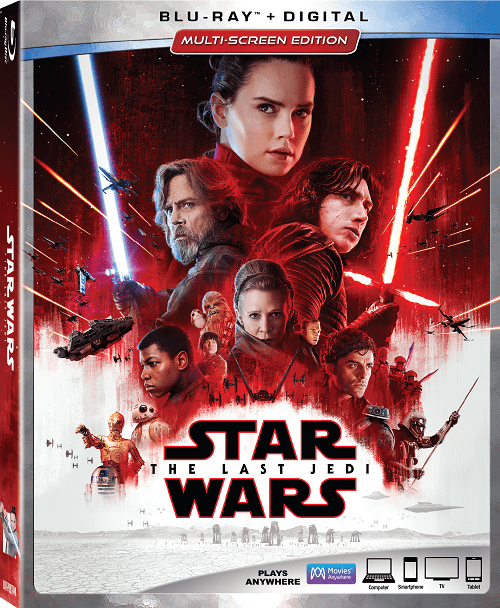 More Star Wars? Yes, please! With 14 deleted scenes, exclusive behind-the-scenes looks and lots of Star Wars geekiness, The Star Wars: The Last Jedi bonus features do not disappoint. Be sure to check out Andy Serkis’ performance as Snoke! 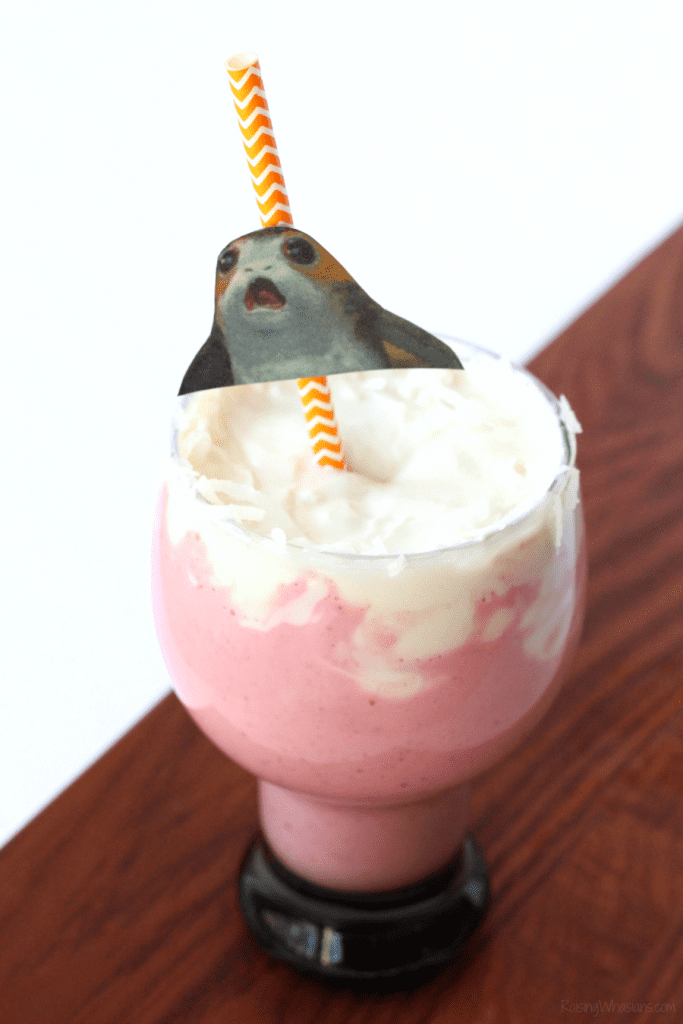 One of my favorite new places in this movie was the planet of Crait. The beautiful white sands covering the vibrant red salt mines were the perfect backdrop for the final battle of the film. So fitting, I thought making a Crait Smoothie would be a fun way to celebrate the at-home release. 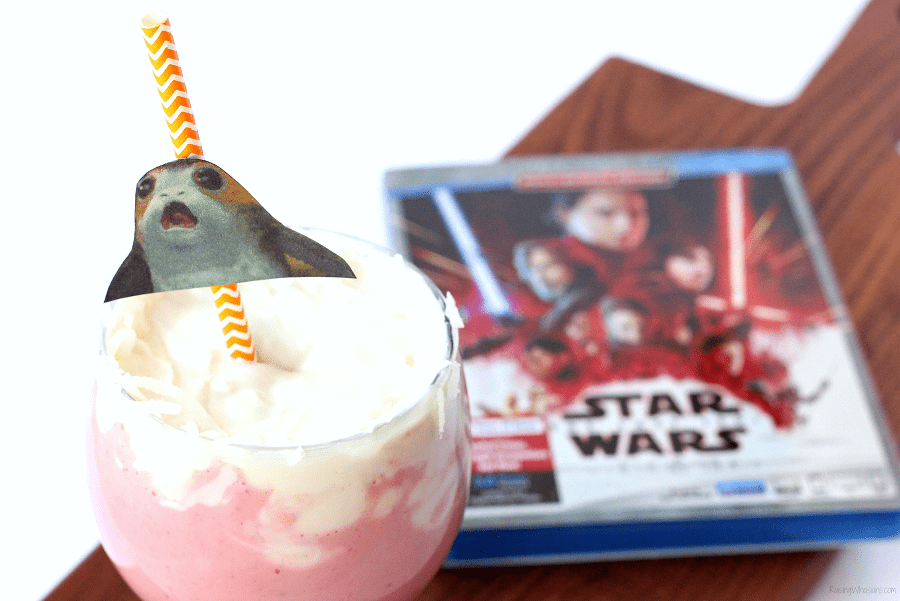 Excited to own a piece of Star Wars history? Enter to win a copy of Star Wars: The Last Jedi! 1 lucky Raising Whasians reader will win a digital copy of the movie. Ends 4/2. Here’s how to enter:

GIVEAWAY NOW OVER. THANKS FOR ENTERING.

Disclosure: This giveaway is sponsored by Lucasfilm. Raising Whasians is responsible for prize fulfillment. One winner will be randomly selected using the Rafflecopter random selector and will be notified via email. Once notified, the winner will have 24 hours to respond or a new winner will be chosen. This giveaway is in no way associated with Facebook, Twitter, Instagram, Pinterest or Google. Void where prohibited. This disclosure is made in accordance with the FTC 10 CFR, Part 255 Guides Concerning the Use of Endorsements. Be sure to follow Raising Whasians via Facebook, Twitter, Instagram, Pinterest and YouTube for more of your favorite giveaways!