Star Wars News Too Big for This Galaxy #StarWarsEvent. This fanatically insane post is sponsored by Disney (never gets old). All amazing fan-girl opinions are my own 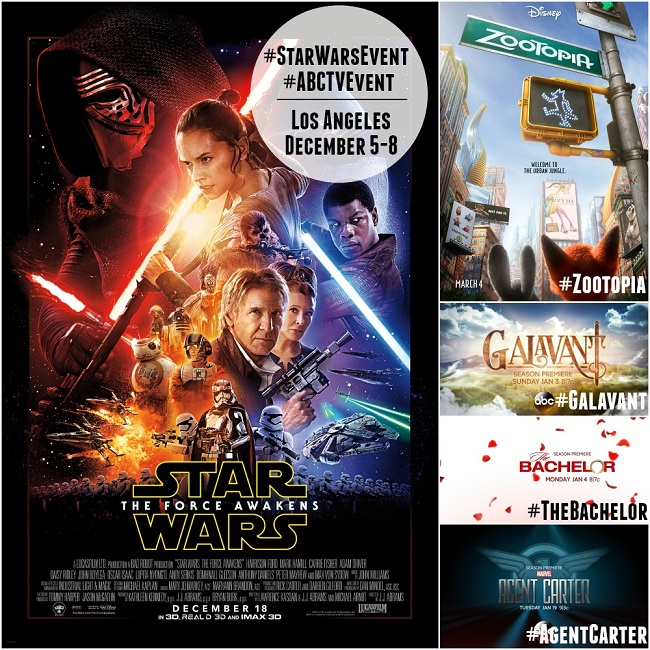 Star Wars News Too Big for This Galaxy #StarWarsEvent

It amazes me how two little words can impact so many. Star Wars. Two words that have defined my very existence. Who knew that today those very same two words would define my existence as a blogger. As you are reading this post, I am literally flying to Los Angeles for the most epic movie of the year, if not this century. Star Wars: The Force Awakens. Yes, today I have Star Wars News Too Big for This Galaxy, and you’re definitely going to want to follow along for the next 4 days. Check out our full schedule starting today December 5, 2015 through Tuesday December 8, 2105 and all of the jaw dropping details as I embark on a journey to a galaxy far, far away starting NOW! 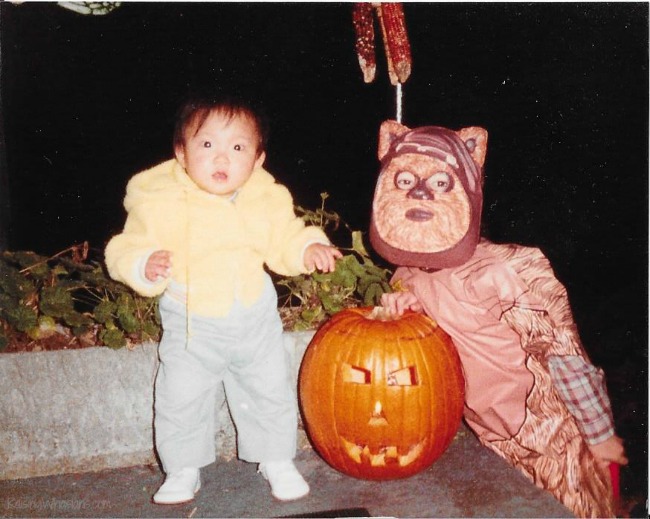 Do you have those movies that define your whole life? For me, it’s the Star Wars Saga. Growing up sandwiched between two brothers, I didn’t have a chance. It was all Star Wars. All the time. If we weren’t watching Star Wars, my 2 brothers were ganging up and light saber-ing me. By a very early age (yup that’s me in the picture above with my brother dressed as an Ewok), I had all three movie scripts conducted to memory, with sound effects. I know that you’re impressed. 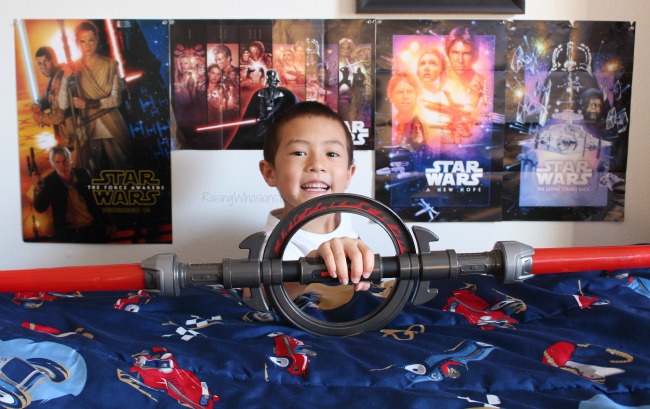 Now as a mom, passing down a 3rd generation legacy of movies has been an emotional journey. I never expected to get teary eyed watching my son’s reactions to watching Star Wars for the first time this year. And now? A room covered in Star Wars posters, anxiously waiting for The Force Awakens. And to think that now this day is finally here. Years of anticipation has comedown to this trip. #StarWarsEvent To say that my blogging schedule is packed with awesome would be an understatement. It’s packed with defining moments in my Star Wars history. Ok, here we go: 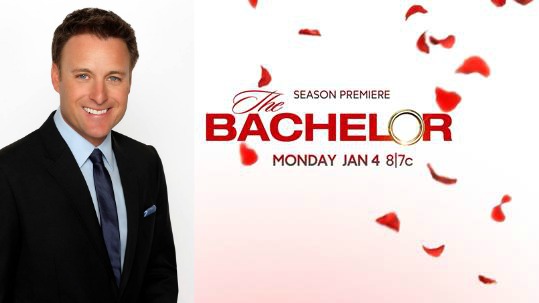 Can you believe that the Bachelor is in it’s 20th season? (Man, I feel old!) As we gear up for another spicy season of The Bachelor (premiering January 4, 2016 9:00/8:00 c), we will get to meet the charming host Chris Harrison as he drops all of the juicy details about The Bachelor in a special Q&A session + a sneak peek! Will there be roses? Tears? True love? Who knows, but it will definitely be exciting! #TheBachelor 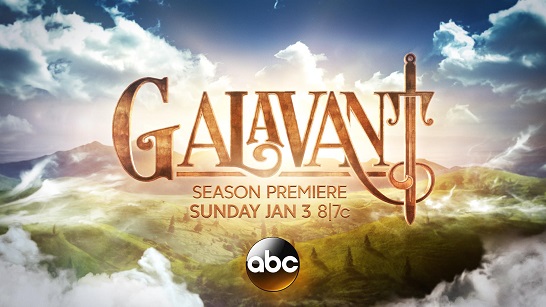 Need another reason to sing about this amazing trip? Galavant (premiering January 3, 2016 8:00/7:00 c)! The hit ABC “musical” show is returning for a 2nd season this 2016! So we’re getting to interview Timothy Omundson (who plays “King Richard”) and two executive producers of Galavant – including Dan Fogelman (of “Tangled” and “Crazy Stupid Love” fame) and Kat Likkel. #Galavant 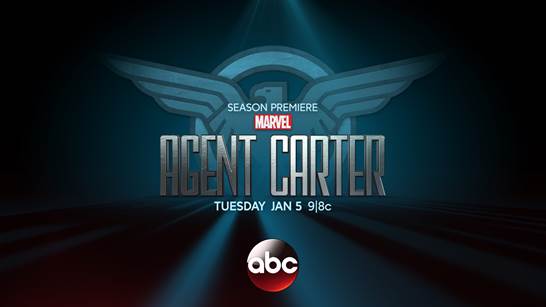 We will be touring the set and going behind the scenes of the hit ABC Show Marvel’s Agent Carter. Excuse me while the Marvel girl in me squeals as I type this. This girl touched Chris Evans. I know! Not only will we be touring the actual set of the show, but going into the costume department, and interviewing Hayley Atwell (Agent Peggy Carter) and James D’Arcy (“Edwin Jarvis”) as well as the executive producers! We will get a sneak peek of the second season of Marvel’s Agent Carter (premiering January 5, 2016 9:00/8:00 c) and how this girl’s hair and make up remain flawless as she saves the world! #AgentCarter 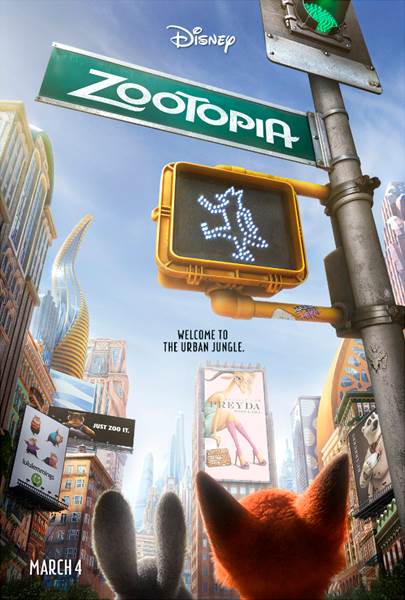 While it may only be December, Zootopia is on the docket for this trip as well! We will get to preview footage of the newest animated film from Disney, attend special presentations (including a hands-on drawing demonstration!) and interview the filmmakers before the film is released! How fun! #Zootopia 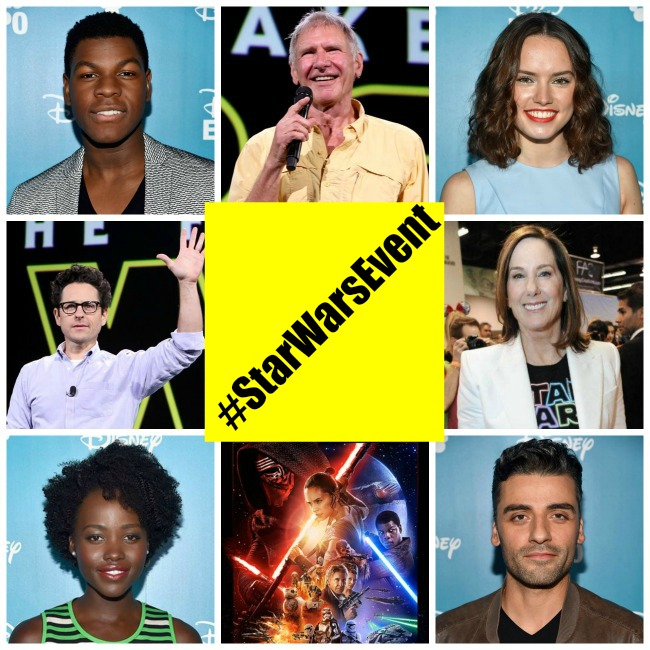 Christie, c’mon. Get to the Star Wars part. Ok, ok! I’m literally shaking and in tears as I type this. It’s a childhood dream coming back to life. Here we go. Interviews this weekend include:

Can we say packed weekend? And with the Star Wars: The Force Awakens opening this December 18th….EEEK! So exciting 🙂 I’m just overloading thinking about the schedule! So how can you follow along for the next few days? Track down and memorize this hashtag #StarWarsEvent and #ABCTVEvent. Me + 24 other bloggers will be crashing the internet with this one today 12/5 – 12/8! And stay tuned for the amazing interviews, updates and more on the blog coming soon! It has been a year of amazing Disney blogger trips. From Cinderella to Monkey Kingdom to D23 to Star Wars….it’s been such a blessing. To say that I’m ending the year with a bang…amazing! I got hit with The Force! 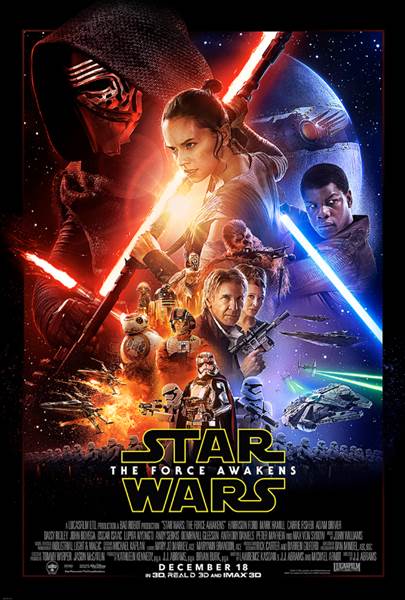 What is your favorite part about the epic #StarWarsEvent?