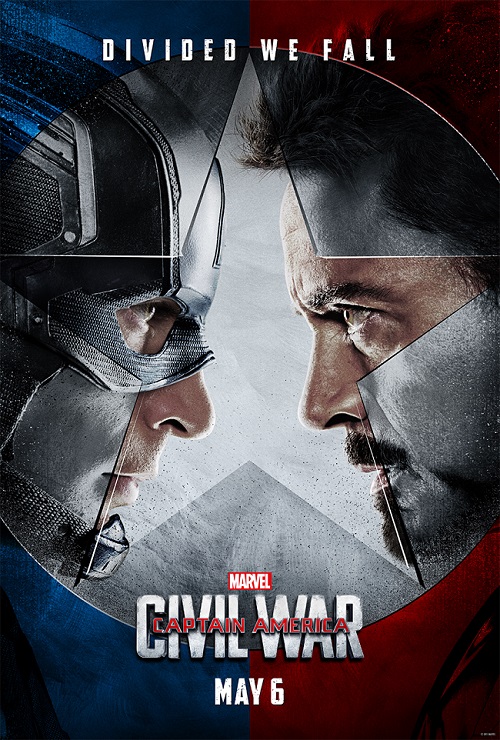 Can you choose a side? One of the most anticipated Marvel movies of 2016, the new trailer for Captain America: Civil War has just been released. Slated for May of next year, this movie already has everyone talking. Who will live? Who will fall? What is to become of the Avengers? Come see the full 2 minute and 26 second trailer for Captain America: Civil War and decide for yourself who’s side you are on.

Marvel’s “Captain America: Civil War” finds Steve Rogers leading the newly formed team of Avengers in their continued efforts to safeguard humanity. But after another incident involving the Avengers results in collateral damage, political pressure mounts to install a system of accountability, headed by a governing body to oversee and direct the team. The new status quo fractures the Avengers, resulting in two camps—one led by Steve Rogers and his desire for the Avengers to remain free to defend humanity without government interference, and the other following Tony Stark’s surprising decision to support government oversight and accountability.

So many intense emotions run through this trailer. Bucky. Captain Rogers. Tony Stark. A crazy 3 person battle. All of the action packed in. And one of my favorite lines:

“Sometimes I want to punch you in your perfect teeth.”

Brings back D23 Expo Memories! What did you think of the trailer? Be sure to follow all of the Captain America updates for the latest!

Who’s side will you be choosing? Captain America: Civil War comes to theaters on May 6, 2016.