Celebrate the Blu-ray release with these FREE Avengers: Endgame Printable Party Bag Toppers! This post is sponsored by Marvel Studios. All super hero sized opinions are my own. 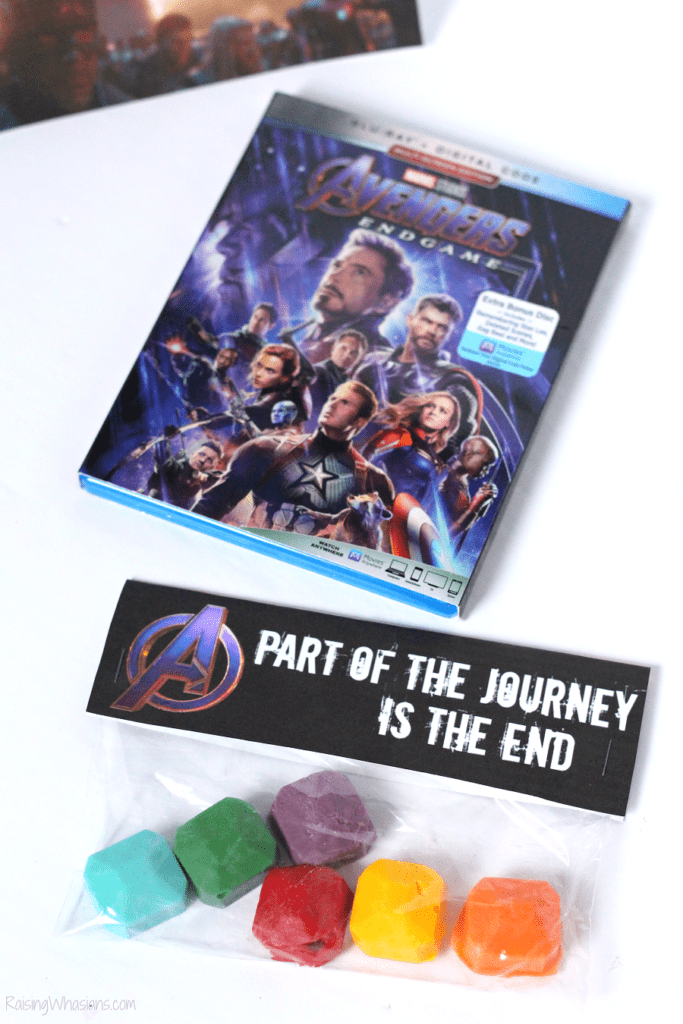 Families – ASSEMBLE! It’s finally here. The epic conclusion to 11 years of Marvel movies is finally coming home this August 13th. Avengers: Endgame, who’s ready? Find out all of the details on this MUST OWN Avengers: Endgame Blu-ray (including some of the best Marvel bonus features to date!) and grab your FREE Avengers: Endgame Printable Party Bag Toppers – perfect for hosting a family movie night or a birthday party favor!

Finally! A culmination of 11 years of Marvel films all comes down to this. Whether you’re a Marval fanatic or a movie lover, this is a film that needs to be a part of your at-home collection. Avengers: Endgame, the highest grossing film of all time (surpassing Avatar) and the biggest opening weekend in history, can now be yours on Blu-ray release Tuesday August 13, 2019. With over 3 hours of movie and tons of bonus features – your family is going to love watching this one again and again! 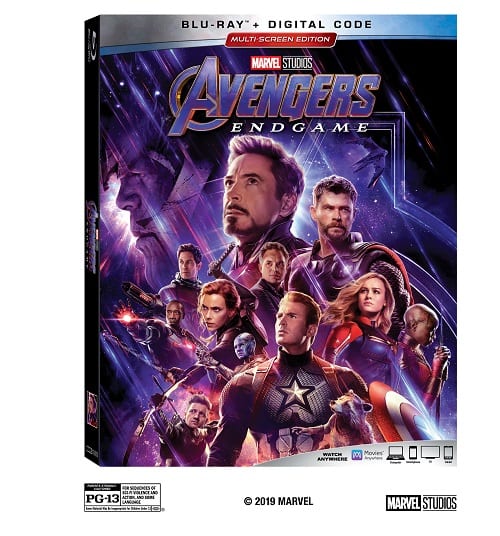 It’s mind blowing to think that 11-years of Marvel history all comes together for this epic conclusion. And you’d better believe it, the bonus features do not disappoint. A tear jerking tribute to Stan Lee, 6 deleted scenes, a gag reel that always gets our family laughing and tons of exclusive featurettes – these Avengers: Endgame bonus features provide hours of behind-the-scenes footage that every Marvel fan will love. 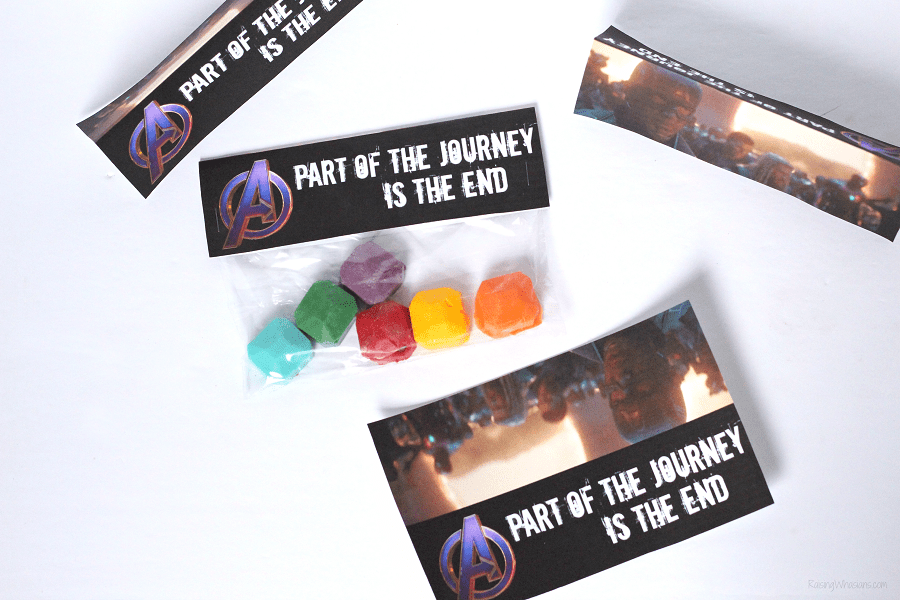 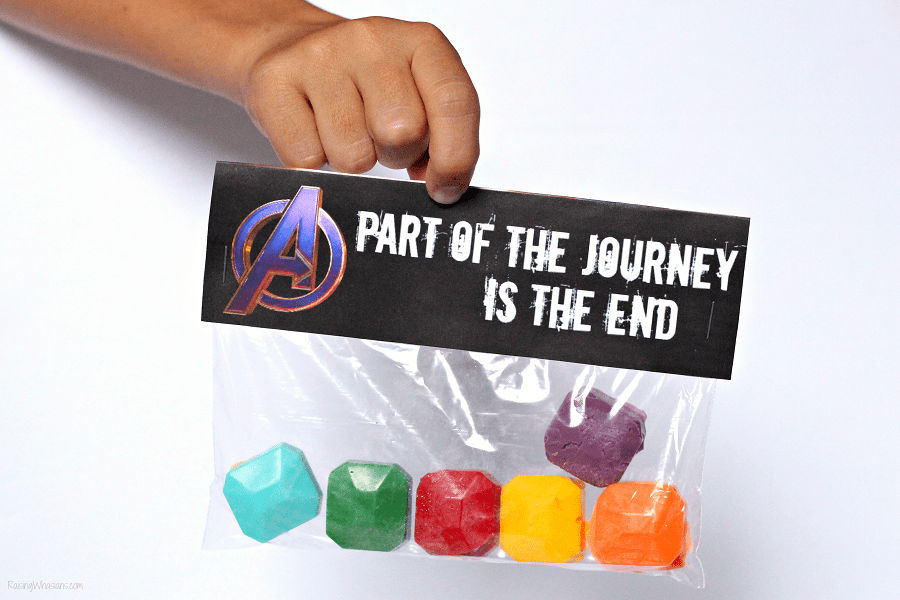 Just print, cut, and staple to the top of a sandwich baggy for a quick and easy themed idea (prints 2 per page). Consider adding “infinity stone” candies (candy melts and mold) and/or this fun themed galaxy popcorn for a super hero sized snack for kids! 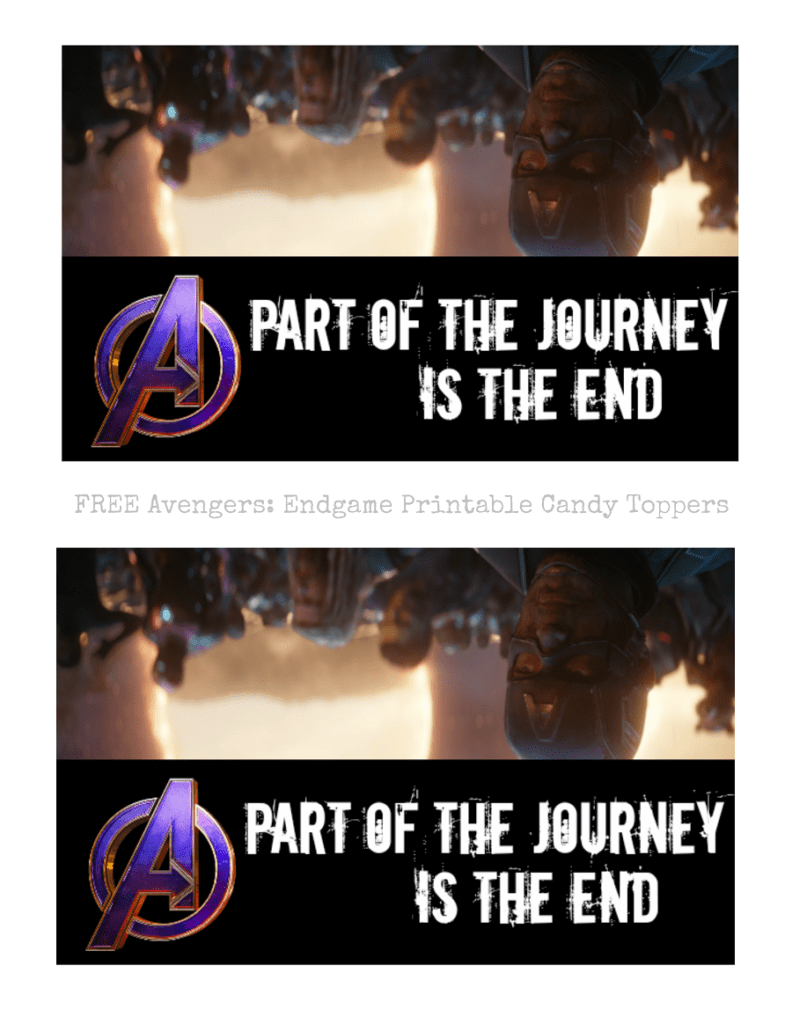 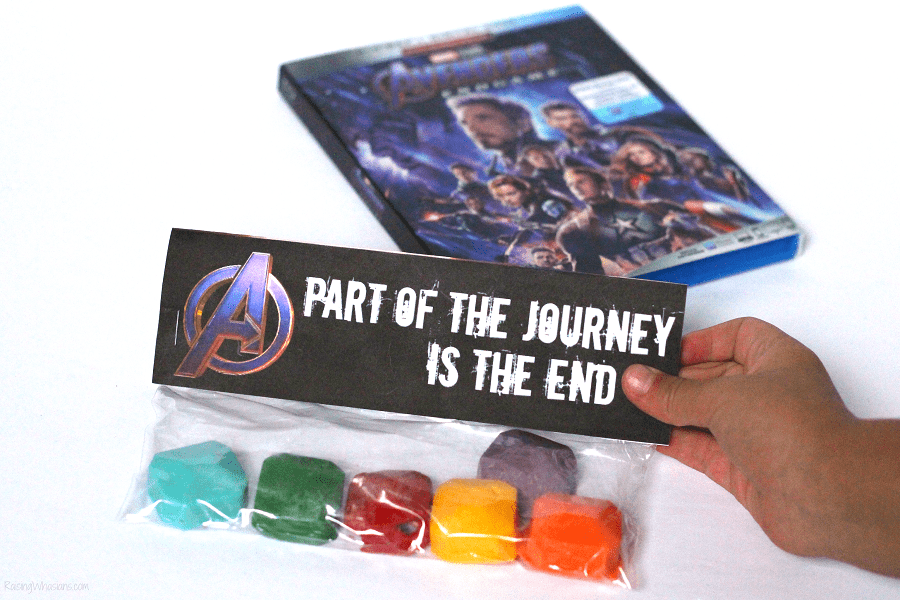 Does your family love Avengers: Endgame as much as ours? 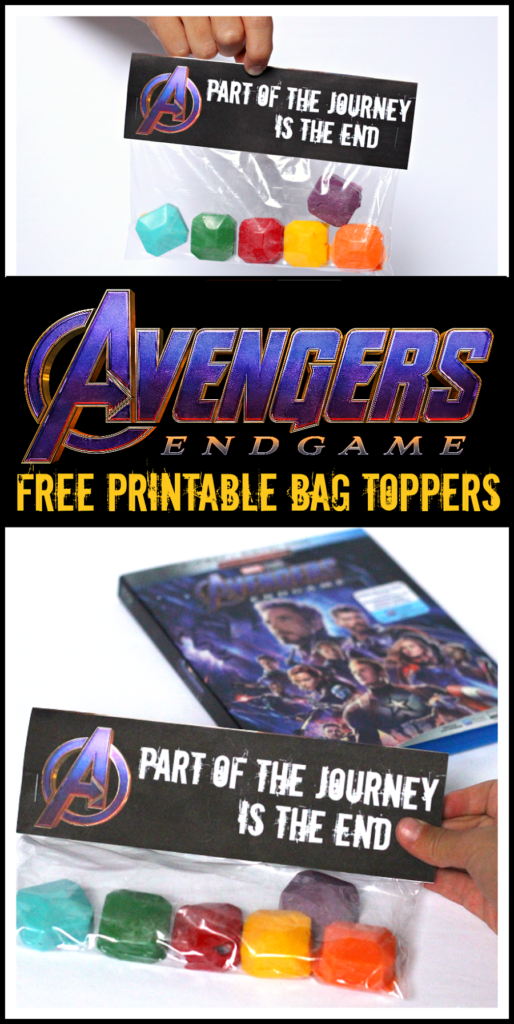