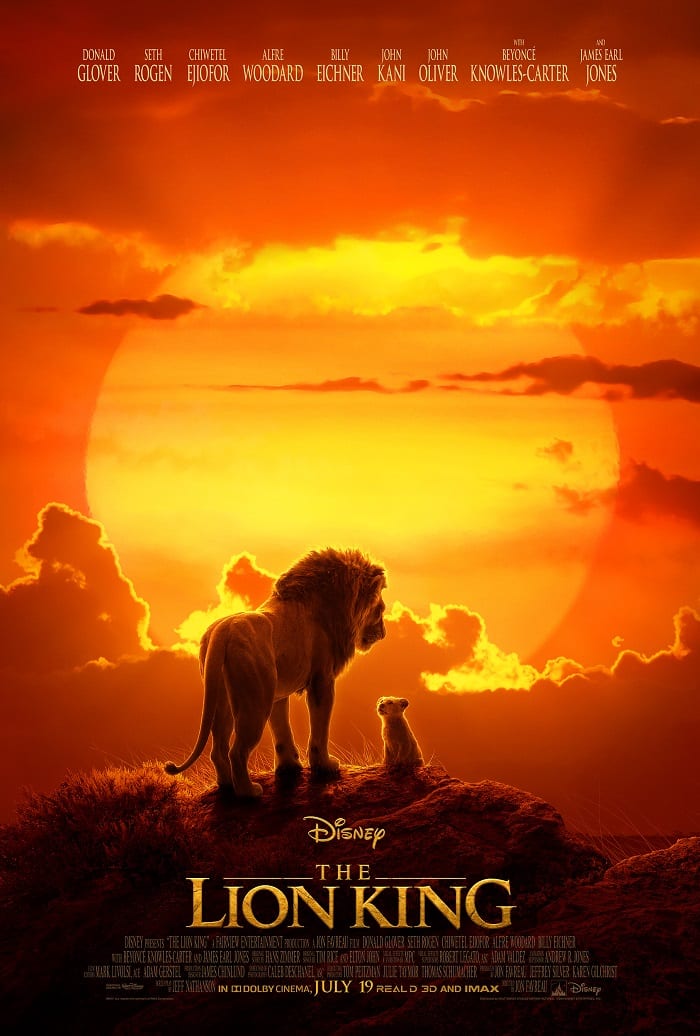 The king has returned, but this time it’s “fur real.”

Ok, bad joke. But in all seriousness? Here we are, yet another Disney live action remake for 2019. And guys, y’all know how I feel about these. I admit that The Lion King wasn’t in my “top” classic animated films, which meant that it also wasn’t a movie that I was dying for a live-action remake this summer. Which honestly, how live-action can it be when everything is CGI?? But I digress. With Jon Favreau at the helm and a huge lineup for multicultural stars filling the roles, I may have had low expectations but also high hopes. Summer blockbuster or wait for home release? In this The Lion King Movie Review | Safe for Kids?, I’m talking whether the visuals are up to par, what changes we should be concerned about, a full PG rating breakdown, and sharing whether your kids should watch or skip this film. 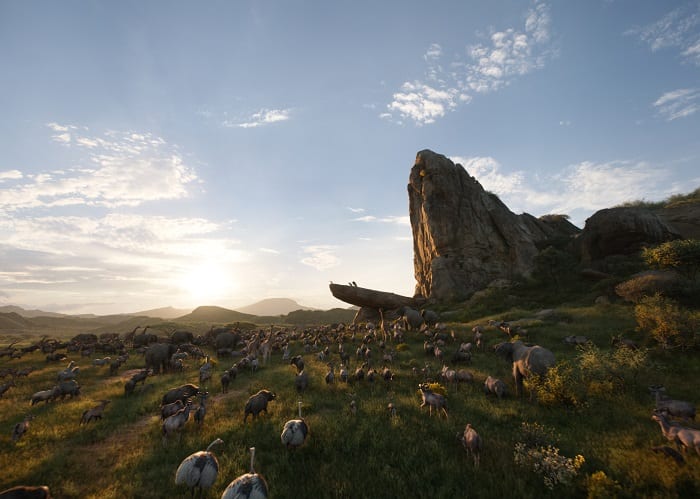 When it comes down to the visuals, this movie got the “lion share.” Dare I say, rivaling nature itself? CGI so lifelike you feel as if you’re watching a Disneynature film over a completely computer generated film – that’s how stunning this movie is. It’s a movie for the senses, and definitely a visually appealing film from beginning to end. If your kids love animals – they will be entranced. We watched in a Dolby theater with surround sound too – an enhanced addition. 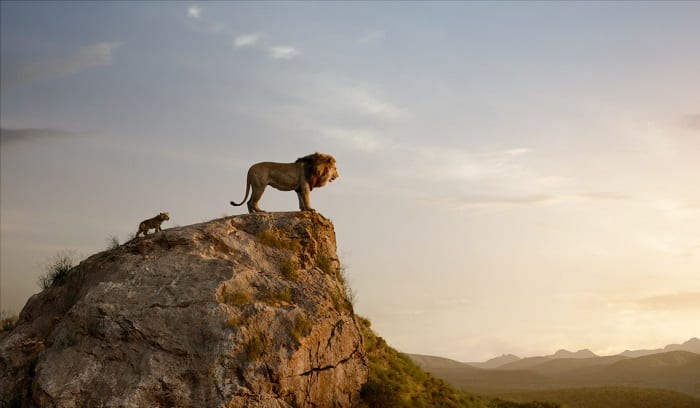 If you’re not familiar with the animated The Lion King movie, I won’t spoil the plot line. But my hardcore Disney lovers, this one follows the original almost 100%. That opening? Just as chilling. There were few small deletions in narrative (and a sheepish realization of how much of the script I had committed to memory), changes to joke punch lines and a notable anti-bullying message insertion. But I think the overall story flow needs to be noted. Just changing the voice of Zazu and the demeanor of Rafiki completely alters the overall mood of the movie. In fact, I was on board with all of the voiceover choices. But then some of the original animal movements in general are toned down as well. More subdued? Grown up? Adult-friendly? Realistic? Perhaps. 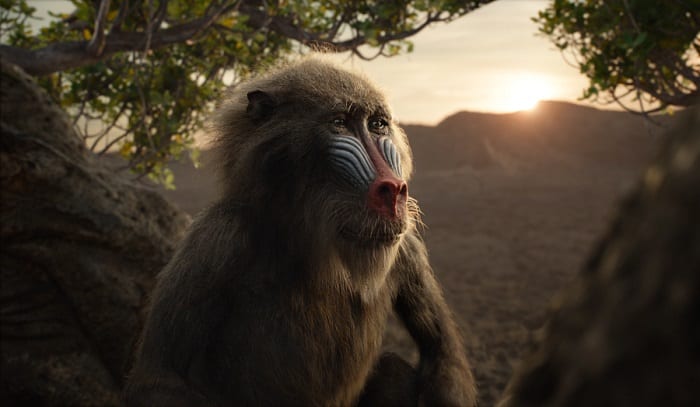 The songs though. While I was 100% ok with the deletion of the “Morning Report” song (I wasn’t a big fan of that one anyway), I was underwhelmed with the “Be Prepared” redo. While Scar’s voice (played by Chiwetel Ejiofor) was spot on creepy – I kind of missed the big pomp and circumstance surrounding this song (one of my faves from this movie) and the lyric changes were “eh.” 3 new songs, including 2 in the end credits were also notable adds to the movie. Can’t go wrong with Disney’s choice to cast Beyonce.

Those iconic and climax moments? We need to discuss those in the PG rating section. 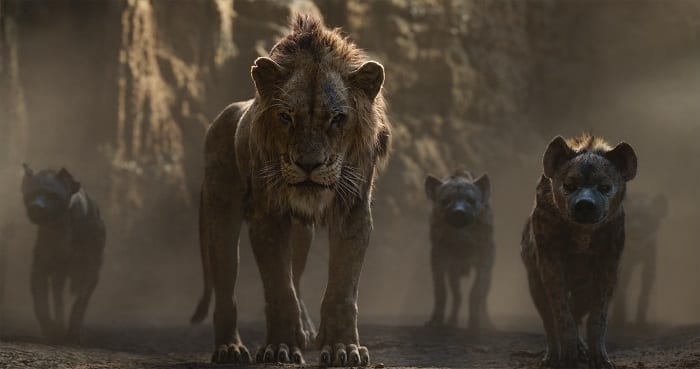 CGI animals, let’s keep that in mind. Is The Lion King ok for children to see? Another PG-rated film, the MPAA ratings could lean either way (Christopher Robin PG or Incredibles 2 PG?). And parents deserve the chance to uncover whether The Lion King is really ok for children with it’s PG rating: “for sequences of violence and peril, and some thematic elements.” Right off the bat, with the realistic aspects of the visuals, this already affects so much of the PG rating. The Lion King may not be for all audiences, especially those with younger animal-loving kids.

Adult Themes. Thankfully with a bunch of animals and ZERO adults in this film, the adult themes content is down to NONE.

Language. There are NO swear words of note in this film. But due to the overwhelming response I had during the Secret Life of Pets 2 review, I will note a few tweaked language additions that parents should look out for. Timone does say a “Thank G-d! Who is the brains of this operation?” which could be seen as a Lord’s name in vain reference. There’s also a completion of Pumbaa’s original line “every time that I…farted.” in case that word bothers you.

Violence. Keeping in the same theme, animal violence over human violence. And the bloody/grotesque scenes are minimal. The violence portrayed in this movie is on par with what you would expect from the original film. With the added element of lifelike CGI though, crucial scenes (fighting, stampede, etc.) may be considered too much for little ones. There were some added violent elements added to the fight scenes. And with everything looking more realistic, this may be hard for some kids to watch in general. But I will be happy to state the the notable “falls” are very similar to the original – making those questionable moments maybe more suitable for younger audiences (but certainly with no less questions for parents). There are a few jump scare suspense moments too, also equally on par with the original.

I would recommend this film for kids as young as 4 – depending on their vulnerability to suspense, animal-loving emotions and how they take the original film moments. 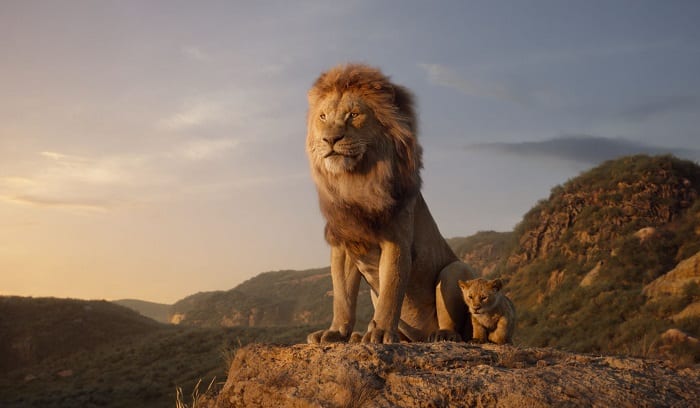 While I will always be a big fan of the classic animated films over the live action remakes, I will say that this one affected me differently. Even knowing and expecting the plot line, the heartbreaking moments still left me misty eyed. Perhaps it was the stunning visuals that really enraptured me. Or perhaps it was the overall tone of the movie – more calm and focused on the realistic aspects of the animals – such as their sitting and walking habits. But either way, I was overall surprised to say that I would watch this one again. Disneynature meets Shakespeare? It is possible in the world of Disney.

Unlike Aladdin, The Lion King isn’t a live action movie that I was jumping up and down for. But that aside, I was blown away by the visuals. At moments, the film looked so REAL, I could have easily mistaken for a nature documentary than a Disney movie. An appreciation for the beauty of nature and animals, an appreciation of Disney animation, an appreciation of our past – The Lion King gives families new eyes to see a classic that we know so well. And for that alone, I applaud this movie. I wasn’t expecting to like it. But it was an unforgettable yet realistic movie experience that many families will appreciate. Jon Favreau didn’t ruin our classic. So for that, Hakuna Matata.

Looking for more parent movie reviews like The Lion King Movie Review | Safe for Kids? Check out these popular posts: 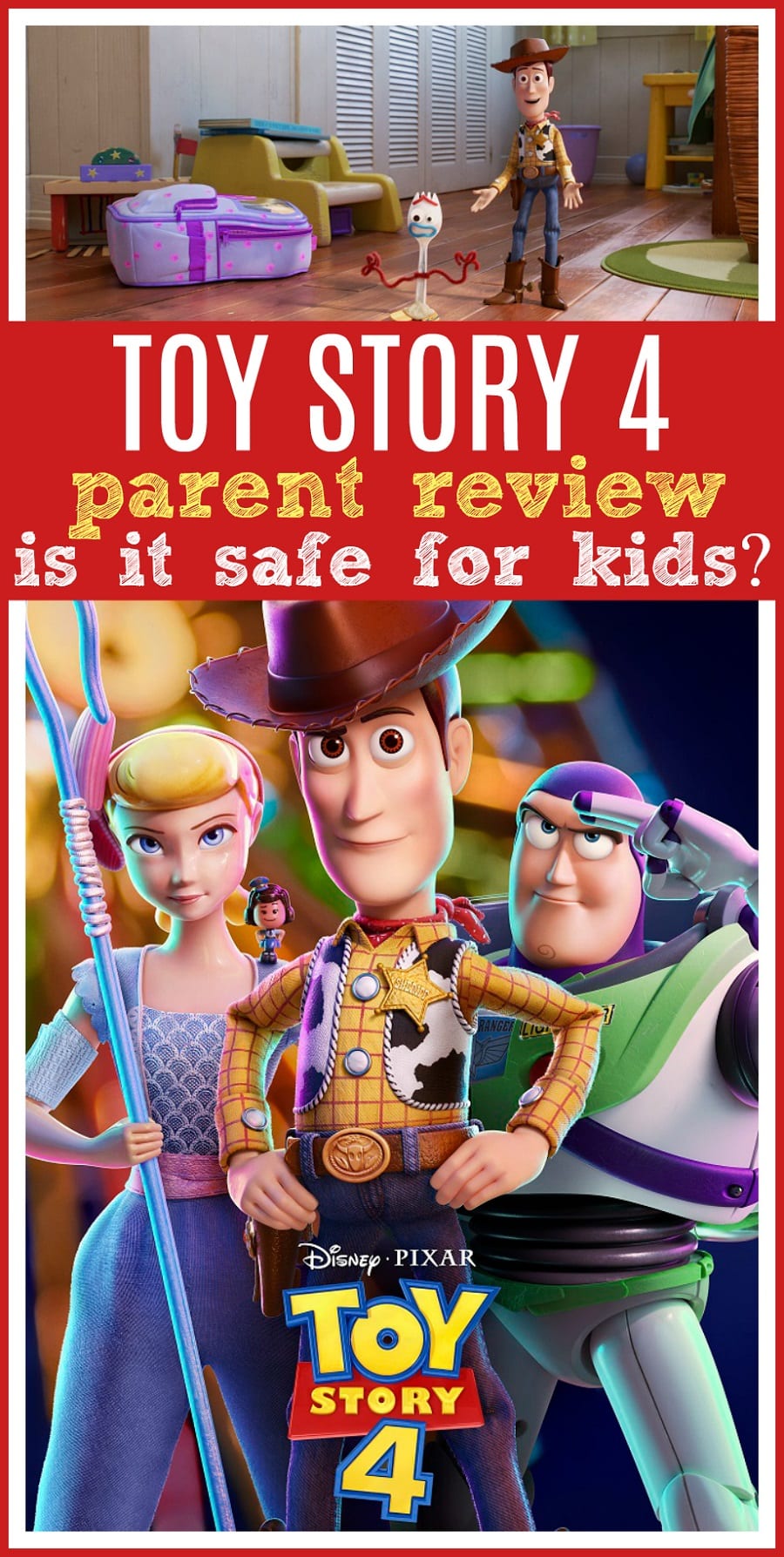 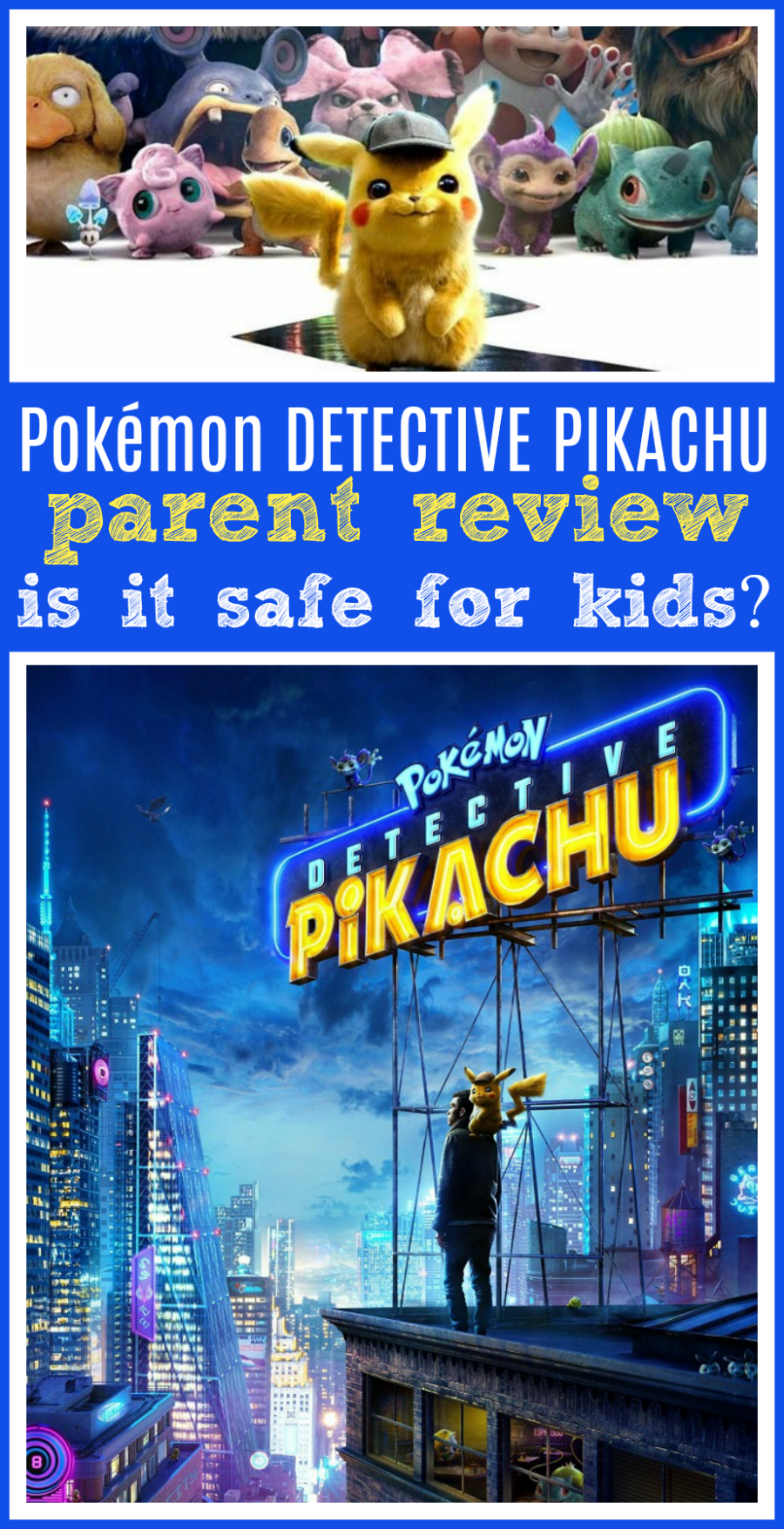 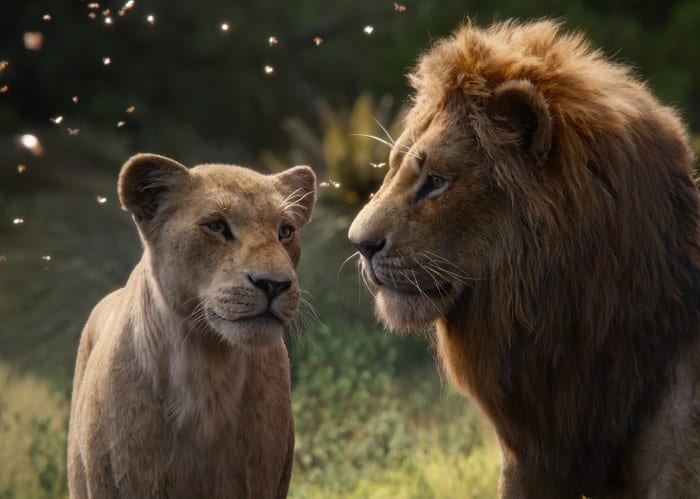 Disney’s live-action The Lion King roars into theaters on July 19, 2019. Will you be taking your children to see it?