Should your kids see the newest Dwayne Johnson/The Rock film? Check out this Skyscraper Movie Review | Safe for Kids? for a non-spoiler honest parent look at this summer blockbuster. This post is sponsored by Universal Pictures. All opinions are my own.

Die Hard and MacGyver had a child, and his name is The Rock. Action, explosions, and The Rock – sounds like a summer movie to me. Dwayne Johnson is back in yet another gravity defying action movie that has us all wondering if it’s going to be a hit or another Die Hard reboot. Should the kids see The Rock in this kick-butt role? Check out this Skyscraper Movie Review | Safe for Kids? – breakdown of that PG-13 rating from a parent point of view, thoughts on the plot line and of course, no spoilers.

For all of the little boys that love to play with fire, enjoy the eye candy. There’s definitely enough visual effects in this movie to have every guy cheering for more. Big explosions, intense action sequences (you can ask Simply Today Life just how many times I jumped out of my seat), intricate technology usage and one 220 story building – it’s fun. While we didn’t preview this one in 3D, I bet it would look pretty darn sweet.

“Die Hard + MacGyver + The Rock” – that basically sums up the story. They even have Scandinavian bad guys and an Asian building. Coincidence? Guns, fire, explosions, hostages, defying gravity, and an unlikely hero. Dwayne Johnson settles in easily to his usual role. Using his skills, intelligence, passion and a super dose of adrenaline, we are taken to unbelievable heights for one of those explosive summer blockbuster movies we’ve come to expect. The difference? While I went in thinking “I’m not going to like it because it’s a Die hard rip-off,” I came out actually enjoying the film for what it was – summer entertainment.

Global superstar Dwayne Johnson leads the cast of Legendary’s Skyscraper as former FBI Hostage Rescue Team leader and U.S. war veteran Will Sawyer, who now assesses security for skyscrapers. On assignment in Hong Kong he finds the tallest, safest building in the world, The Pearl, suddenly ablaze, and he’s been framed for it. A wanted man on the run, Will must find those responsible, clear his name and somehow rescue his family who is trapped inside the building…above the fire line. 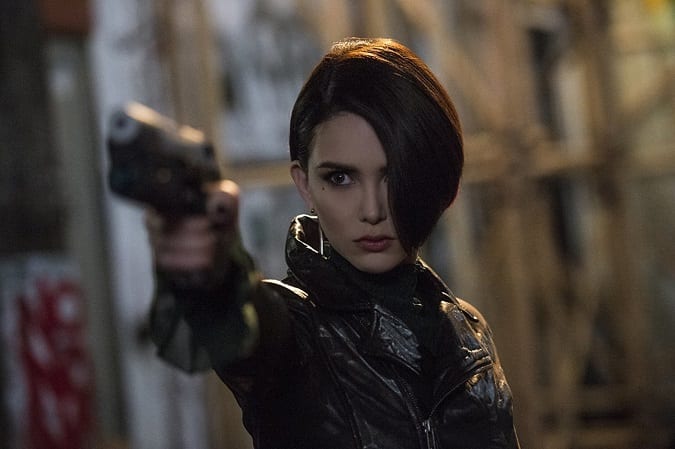 But before you grab your kids to see Skyscraper, let’s chat about that PG-13 rating. Violence is going to be the biggest factor of this film and begins right at the opening scene. Real, lifelike, up close and bloody gun violence. It’s throughout the film, from machine guns to close hand-to-hand combat. Keep in mind the close kill shots, choke holds and unmerciful deaths pile up quickly – perhaps a little too real for littles. And the suspense is just that – had me jumping out of my chair often, and I knew it was coming.

While the rating suggests “mild language,” I counted at least 3 sh*t uses (including one subtitled in Chinese) and one F-bomb. I actually would have potentially considered my son before the very obvious F-bomb drop. So all of that considered, I would definitely keep this at a mature 11-12 year old range. I won’t be bringing my 5-year old daughter or 9-year old son to see this one. But when we pull out Die Hard for them to watch in about 10 years, Skyscraper may soon follow.

So what’s the difference between Die Hard and Skyscraper? Well, not too much. Look, parents. This is not the movie that’s going to win big time awards, give you all of the feels or motivate you to change the world. But it is the right kind of summer movie for the summer movie lover. The most shocking part about this film? It’s an action movie under 1.5 hours. They didn’t draw out the film, chasing all over a burning building just because. Skyscraper really condensed an action film into just the right amount of action and story to give us all closure. High five for that. The Rock was believable and compelling – you really feel for the guy with all of the setbacks and compiling situations that go from bad to worse.

If we look deeper at this film, you’ll see how a man with a disability can overcome even the greatest obstacles for his family, how a woman can hold her own, and how a multicultural family can be “normal.” And oh yeah, let’s not forget explosions, effects, action, suspense, and even some side cars of funny one liners too. But before you count this as a movie for just men, a half naked Rock isn’t too bad either. Am I right, ladies? Skyscraper is the summer blockbuster that will have your friends talking either way. So go see it. But maybe leave the little ones at home, mmkay?


Check out the trailer for Skyscraper, in theaters this Friday July 13, 2018. Hope that this Skyscraper Movie Review | Safe for Kids? helps you determine if this explosive summer movie is right for your children too. 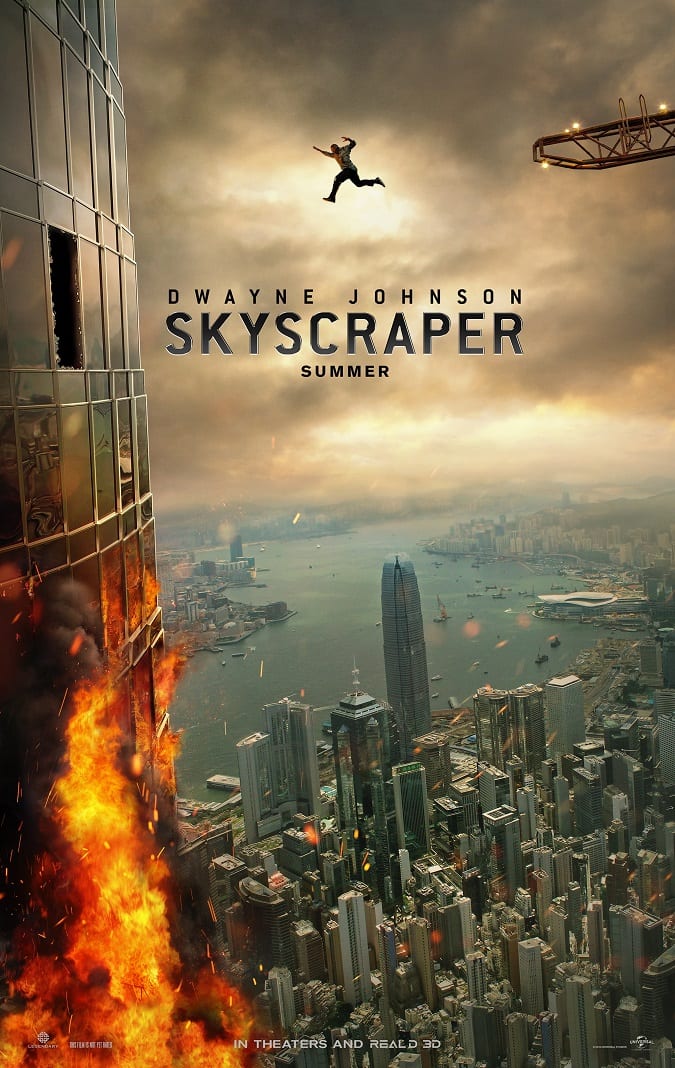 Skyscraper opens in theaters this Friday July 13, 2018. Will you be taking your summer movies to new heights with Dwayne Johnson’s newest action film?

Looking for more movie reviews? Check out these popular ones for the summer: