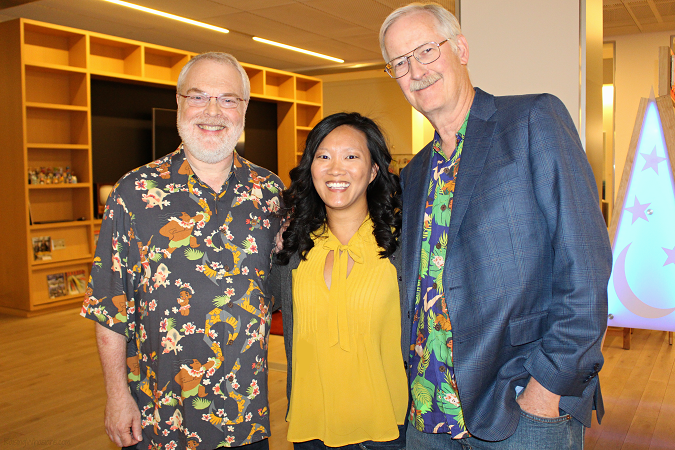 Behind-the-Scenes of Moana at the Disney Animation Building 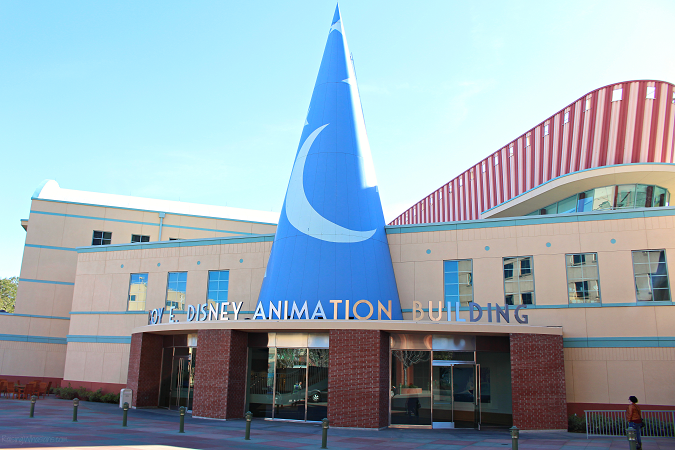 You Have the BEST Party Location

It’s not everyday you get to party inside a building like this. I haven’t been inside the Disney Animation building since 2014 (my first press trip for a Big Hero 6 sneak peek). With their temporary stay at Tujuna now over, I was eager to get inside Sorcerer Mickey’s Hat and see the place where the magic happens. Yes, this building houses all of the creativity, brilliant minds and magic that is Disney Animation movies. From animators to directors, costume designers to computer geniuses – you can’t help but feel inspired the moment you step through the door. 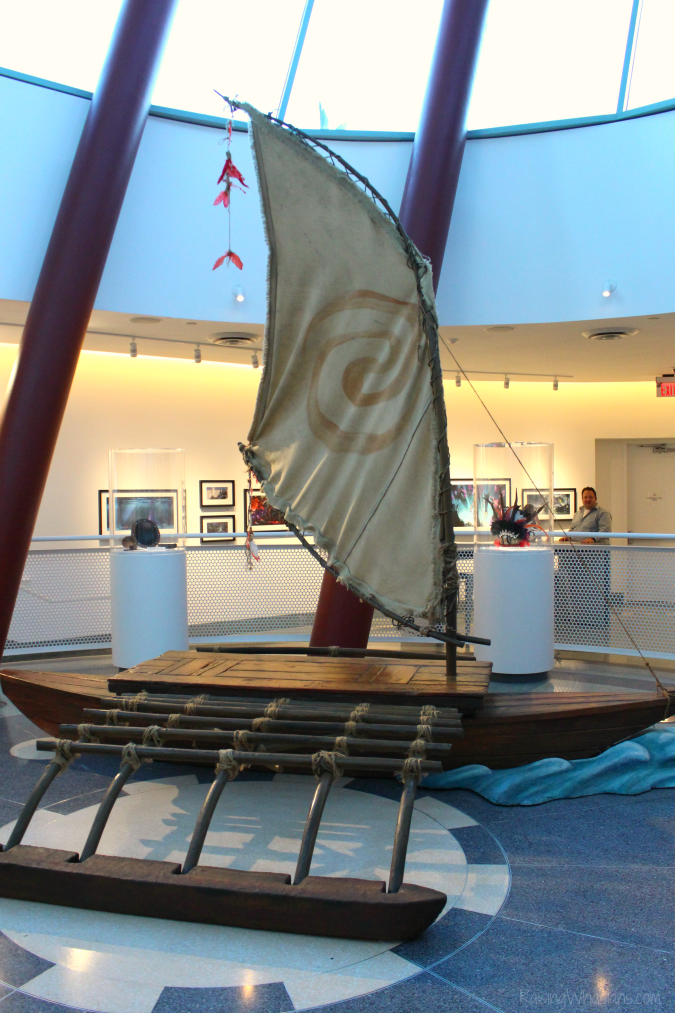 You See the Best Party Decor

It’s not everyday that you can say there was a giant life-sized Moana boat sitting in the party room. But it was apparent, the excitement of Moana surrounded us in every single corner of the Disney Animation building. Every wall covered in beautiful artwork, every hallway filled hand drawn stills – you couldn’t help but feel the pride and utter joy from this completed Disney masterpiece. I did. 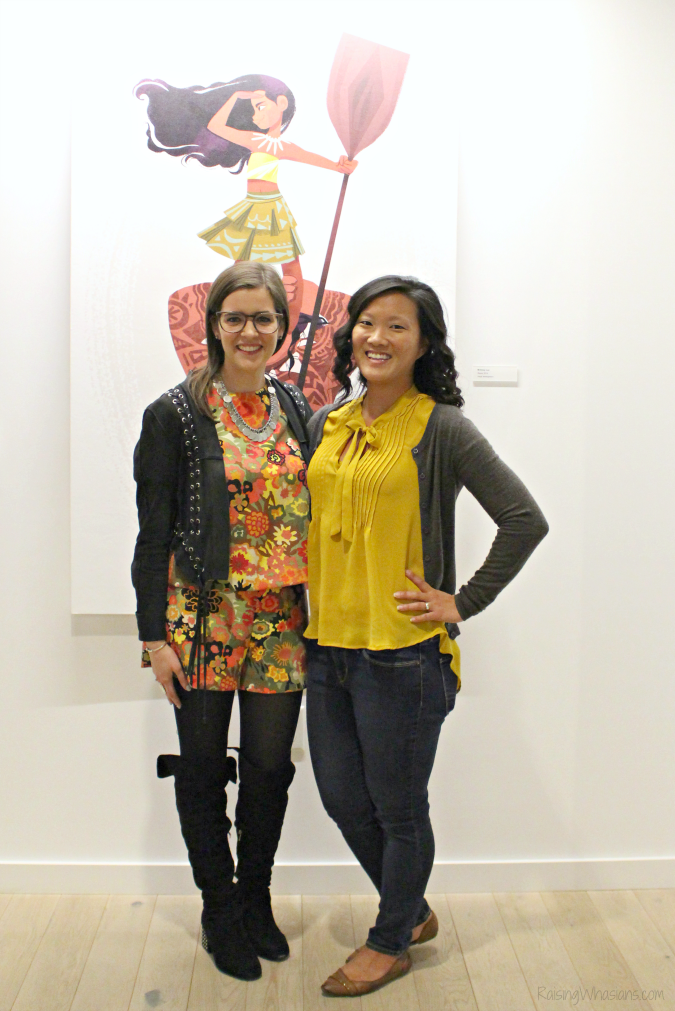 That’s me, you know, just hanging out with the co-directors of Moana. Directors Ron Clements and John Musker stood for photo ops for fan-girls like me. We also got to meet Producer Osnat Shurer, Costume Designer Neysa Bove (pic of us above), and Disney genius and 2D Animation Supervisor in charge of “Mini Maui,” Eric Goldberg. Dude, this is the guy that brought the Genie to life and still to this day is a master of hand-drawn animation. 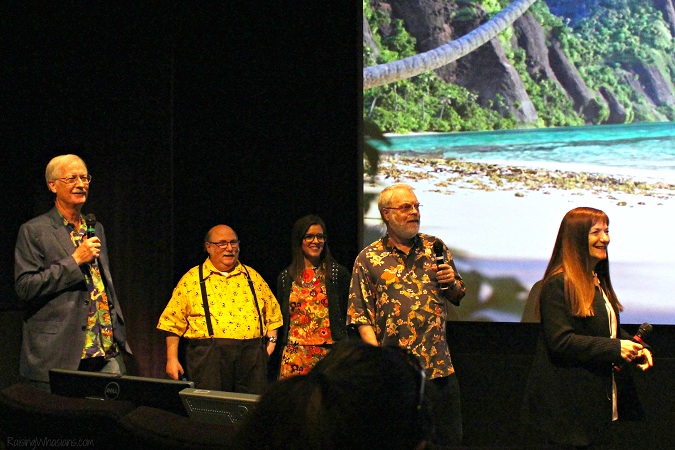 Where else can you listen to the Disney masters spill all of the fun Disney insider info? We went Behind-the-Scenes of Moana with Directors Ron Clements and John Musker, Producer Osnat Shurer, Costume Designer Neysa Bove and 2D Animation Supervisor Eric Goldberg.

Moana originally had a family full of brothers.

In the earlier version of the story, Moana had several brothers. One of the early screenings we had this big canoe race, where she races all her brothers, and manages to finish sort of first. And that was a fun scene. Then as the story evolved, the brothers went away because we were trying to focus more on gender not being her problem so much, as trying to find this voice within. Who is she? So, the brothers went away.

The cast of Hamilton is singing in the deleted scenes.

The demos on this movie were incredible, ‘cause a lot of  it was the cast of Hamilton singing the temp versions of the songs before they were the real recording. There was a deleted scene, “Warrior Face.” It was a duet between Maui and Moana. And it’s a great, fun scene. It got deleted for story reasons. We had the great joy of having the Hamilton cast do [it].

There were originally 8 different versions of the movie.

The costumes all came down to this question.

Neysa is a Disney “newbie,” per se. With only 2 years of Disney Animation under her belt, the idea of costuming Moana was a big and daunting task. The necklace alone went through 20 different looks. And each piece reflects not only high fashion, but historical photos and materials that could be used to design them. But at the end of the day, the costumes came down to this. Neysa would ask

If I was a little girl, what would I wanna wear? Would I be excited to wear that?

I think that we all know the answer.

This movie took years of research and development.

When John Lasseter says to “do the research,” you do it. And Moana certainly underwent many years of R&D. Lots of local historians and curators were consulted on this movie, with many, many stories to tell. And while certainly much was revealed and told through Moana’s story, the movie creators wished we all would learn this from the Polynesian culture:

John: “The idea of knowing your mountain is a cool thing, which basically has to do with looking to the past and to the future. That you’re the soul of everything. Sometimes in our culture, it’s all just about what’s here now, or what’s coming. But they had a real respect for their ancestors in the past. I think we could take a cue from that in terms of moving forward.”

Ron: “There’s a big emphasis on connection, and interconnectedness. Connecting to the people around you, the people that were before you, and the people who will come after you. And connecting to nature – that people on an island have this kind of “we’re all in this together” sort of attitude. The ocean doesn’t divide people, it connects people.”

Osnat: “The respect for nature, the relationship with nature. That ability to work with nature, and to be self-sufficient. And to be in relationship, to always apologize to a tree before you take it down.”

So much love and passion poured into every aspect of creating Moana, including the history of Polynesian dance. It was an honor to see some of that history brought to life with a live dance performance by Moana Curator/Choreographer Tiana Liufau and her dance troupe. It was as fierce as it was beautiful. 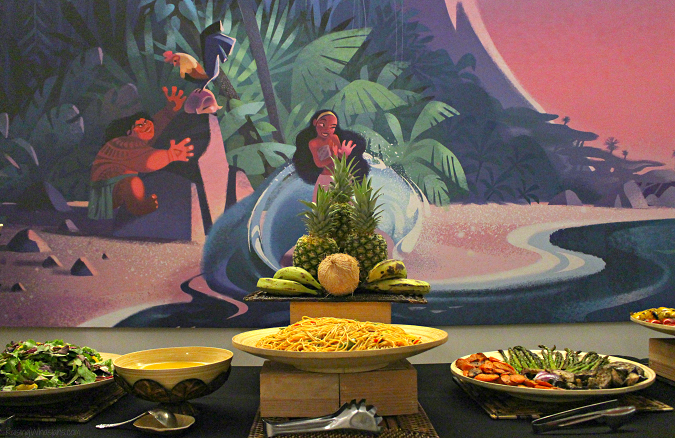 This had to be one of the best meals we had on our #BeOurGuestEvent press trip. Tables covered in Polynesian inspired food set to a backdrop of Moana art – you bet, I went back for seconds of those noodles. 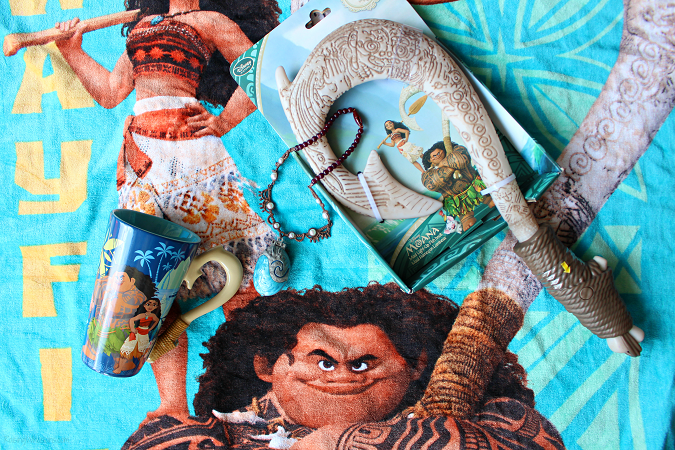 You Get the Best Party Goodie Bags

Disney goodie bags, you know that they’re going to be awesome. After a night of hanging out with Disney magic creators, stuffing out faces and dancing with history, we left with all of the Moana feels – literally! My kids were so excited for all of this Moana merchandise!

Amazing? YES. Spoiled? Definitely. The Disney memories? I cannot compare. We went Behind-the-Scenes of Moana at the Disney Animation Building and received the most unique Disney experience. I couldn’t be more thankful for a night of Moana on our #BeOurGuestEvent. Moana on Blu-Ray and Digital HD is available now. 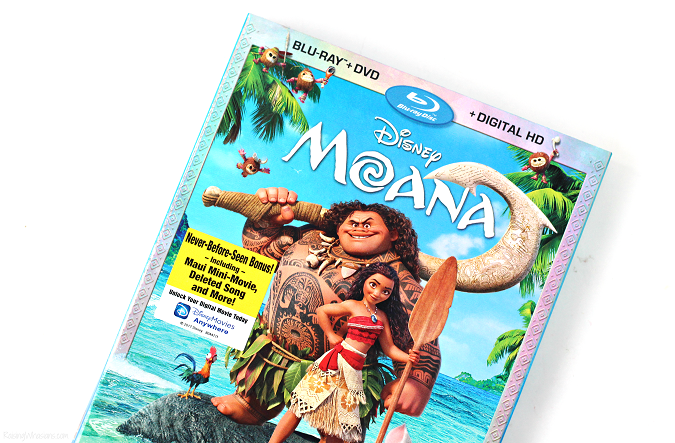 The thank yous were flying around like crazy. In grand Disney style, we leave singing the hit Moana song “You’re Welcome.” Amazing party? ABSOLUTELY! Obviously Disney Animation knows how to throw an amazing Moana party in celebration of the new release! Own Moana on Blu-Ray and Digital HD, available right now. Perfect for Easter baskets, birthdays and Disney lovers! And be sure to check out all of the amazing new features included with the movie – like the brand-new Maui mini-movie.

What is your favorite part of the Behind-the-Scenes of Moana at the Disney Animation building? 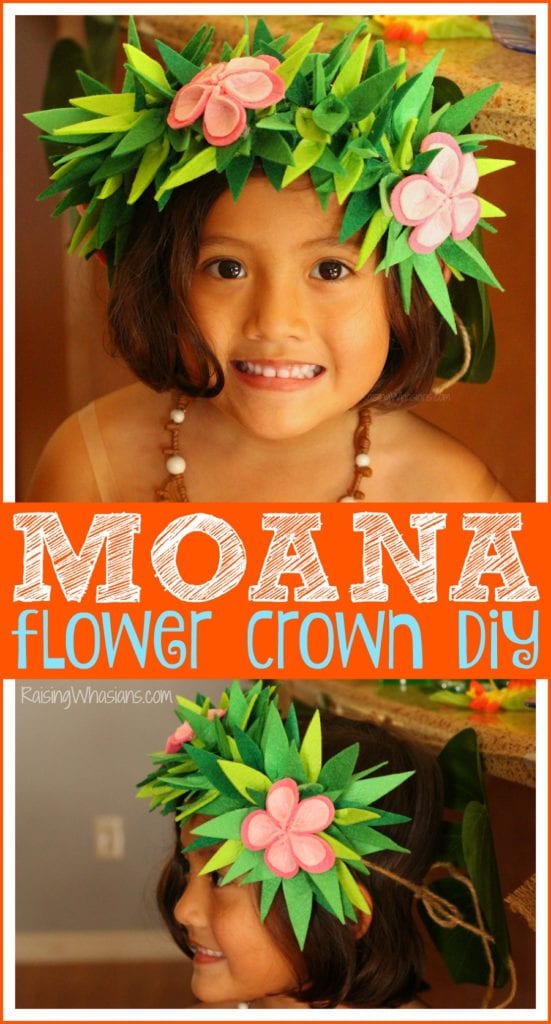 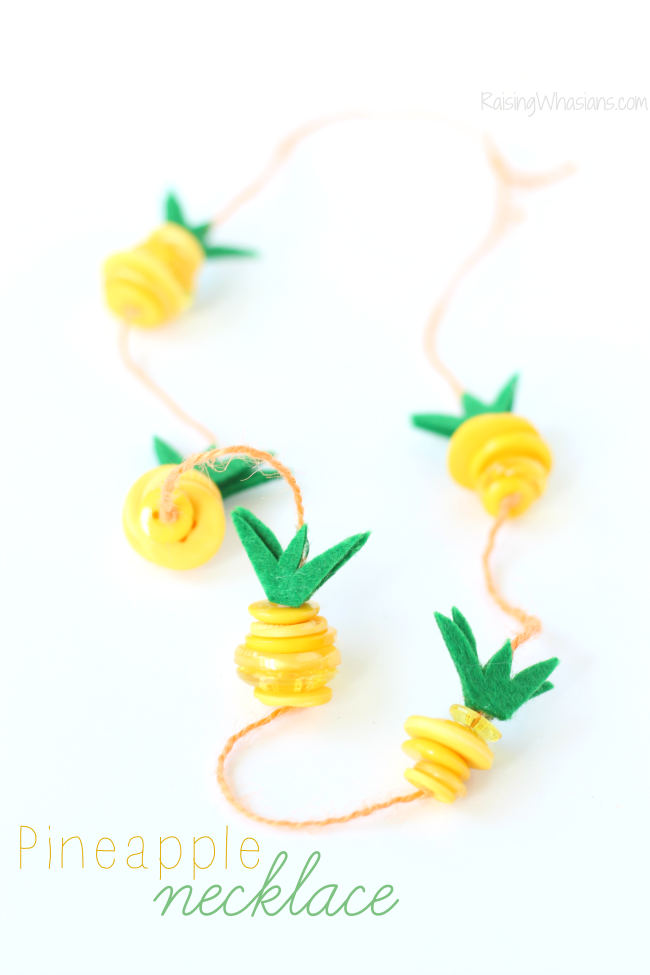 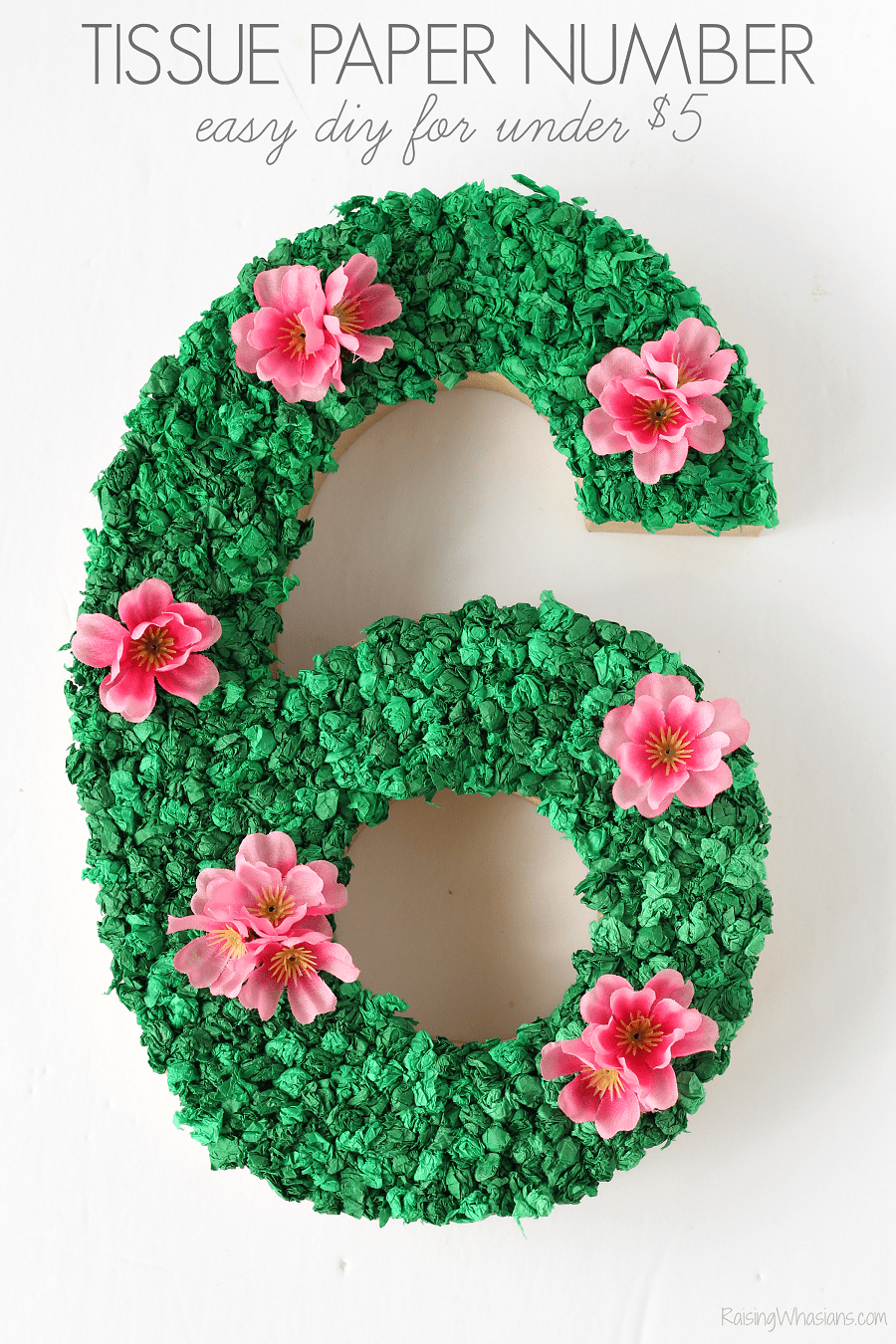