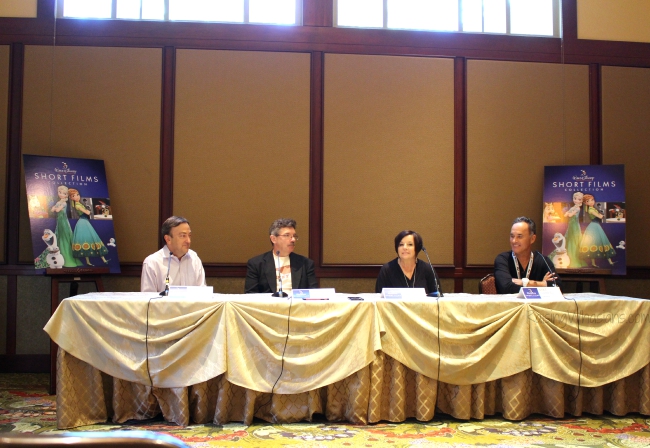 When you sit in the room with geniuses, you sit a little taller. And with this exclusive Walt Disney Animation Short Films Collection Interview, I sat as tall as I possibly could. Filmmakers Mike Gabriel (“Lorenzo”), Dorothy McKim (“Prep & Landing: Operation Secret Santa” & “Get a Horse”), Mark Henn (“John Henry”), and Peter Del Vecho (“Frozen Fever”) are the epitome of Disney geniuses. And I couldn’t believe that I was sitting in the same room with them, let alone laughing with them. We chatted just yesterday about the Walt Disney Animation Short Films Collection and got an exclusive glimpse into what makes this collection of short films a piece of Disney film history. We’re talking easter eggs, risks and rewards. So grab your cup of coffee and join us for a special Q&A that changed my movie perspective. 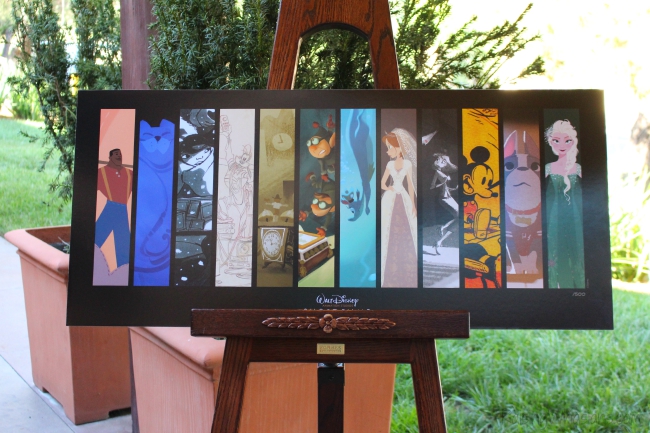 Good films also come in small packages. At least, that’s what the latest Disney Short Films Collection have me believing. It was after a leisurely buffet style breakfast at the Disney California Hotel that we all gathered together for a discussion on the highly anticipated Short Films release. Disney fans, you’re going to love this Disney insider info including rare Easter Eggs, stories and more!

It’s no surprise that every Disney animator finds their inspiration from different places. That’s really what makes this collection of shorts so unique and special. Our animators spill the beans on where the inspiration came from on their latest short film.

Mike Gabriel’s inspiration for Lorenzo stirred from Joe Grant, Walt Disney’s right hand man. Back in the 40’s, Joe had this idea for a cat character. But then he left in the 1950s. Gone for over 40 years, joe grant then came back to work for Disney in 1989. What?! I know. And Joe brought that cat idea back with him. Then Fantasia 3 began and the Lorenzo short was born.

Peter Del Velcho always was intrigued with Elsa’s other personality. Finding her lighter side, her comedy really appealed to him.  And coming off of the Frozen feature film, the progression right into the short was natural.

Dorothy McKim always was inspired by Walt Disney, so much so that Mickey Mouse’s voice is done completely in Walt’s voice. However the original script had the word “red” in it, which John Lasseter pointed out that Walt had never said the word (talk about knowing his Walt Disney trivia!). So they had to go back into the sound bits for 3 months to pull out the “RRR-Eh-Duh” syllables and blend them together so that the word “red” would be 100% Walt. [JAW DROP.] Original sound props from the Disney library were also used in the short.

Mark Henn dug deeper into Disney’s connection to American Tall Tales. “What I found interesting is the fact that Disney and some of their short films  involved American Tall Tales and Legends [and] it actually alluded to John Henry. It is mentioned twice in the title sequence to Johnny Appleseed and Paul Bunion, but they never did anything with it as far as I knew or could find.” That was enough to spur on the creativity and inspiration in Mark Henn. 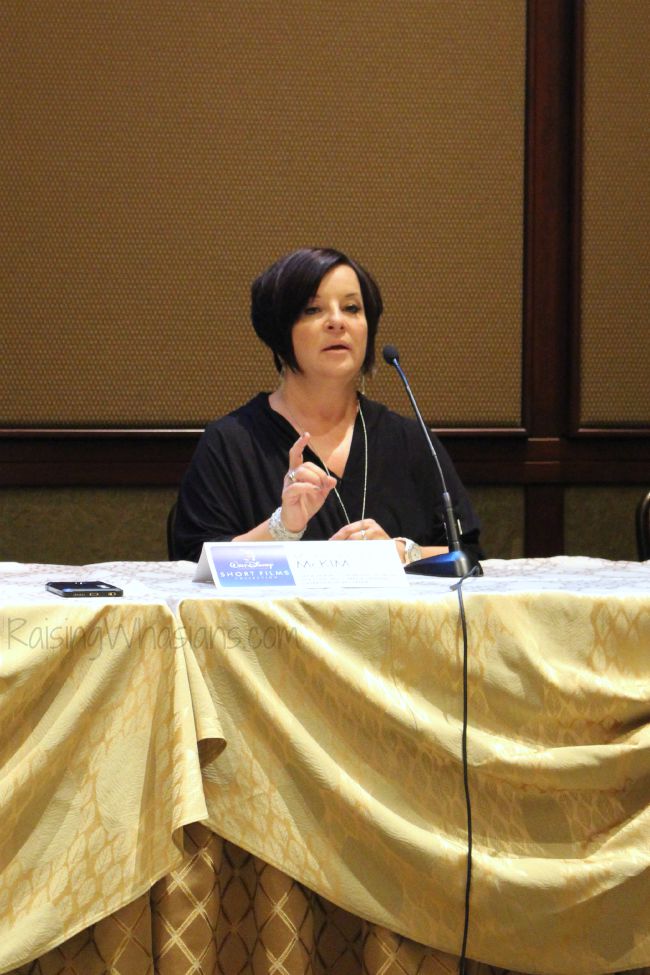 Risk is actually a widely known term in the world of Short Films. Less risk as in less time, less money, less pressure involved in making a short. But there is MORE risk as well. The Walt Disney Animation Short Films are very “employee driven,” with new techniques and experimentation taking place. Anyone of the Disney Animation Studios employees can pitch a short film idea to John Lasseter, keeping the ideas fresh and new. The animators discuss some of the risks taken in the short films.

Lorenzo called to light the use of a hand-painted animation technique, with Mike Gabriel in the thick of doing the hand painted backgrounds himself. One of the animators decided to try and make these loose fat-brush paintings into real life animation. And the pay off is brilliant.

Paperman was a huge risk with the crisp Black and White film with only the touch of the red on the lipstick.

The animation used in the Ballad of Nessie was instrumental to paving the way for The Princess and the Frog.

Get a Horse was a huge undertaking with the preservation of classical hand-drawn animation (100% new animation Dorothy McKim wanted you to know) mixed with the modern CGI animation of today.

Easter Eggs in the Shorts Collection

The feature films don’t get to have all of the fun! The Short Films’ creators also got to play with some planted Disney Easter Eggs in their few minutes of filming.

Get a Horse features a peek of Oswald from the curtain at the end of the film.

Peter del Vecho referred to this Frozen Fever Easter Egg that I had heard from my Frozen Fever interview with Chris Buck and Jennifer Lee. Gotta love those Snowgies!

Byron, the director of Zootopia is actually planted as a face in the background of John Henry. “If you see this guy with a little longer hair, that’s Byron.”

And Mike Gabriel sat with his arms folded as he called himself the Easter Egg “fuddy duddy.” While there’s no easter eggs to be found in Lorenzo, Dorothy McKim assures us that Mike’s next project Gigantic will have an Easter Egg. 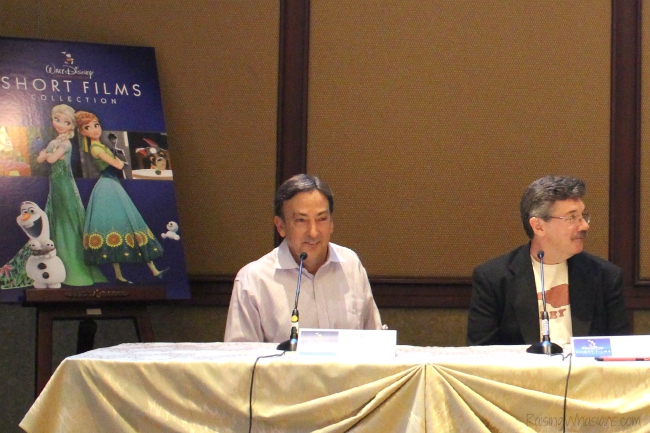 And Some Extra Rare Easter Eggs

Did you know that these Disney filmmakers have also been in a few Disney films themselves? Planted as real Disney Easter Eggs, here’s some unknown cameos about your favorite Disney animators.

Mark Gabriel’s face is actually an Easter Egg planted in Oliver and Company. “There’s a scene where there’s the Butler looking at a wrestling match on the TV, but toward the end of the film I’m one of those Wrestlers.”

Been checking out the polyps in The Little Mermaid recently? You may notice a mustache and glasses of Mark Henn on one!

You can see Peter Del Vecho tango-ing across the floor in The Princess and the Frog.

Beside that recognizable elf face in Prep & Landing: Operation Santa, Dorothy McKim is waving back at you in Beauty and the Beast as a little girl waving out the window.

And speaking of Disney Easter Eggs, here’s something revealed by Peter Del Vecho during our Q&A. He claims that there is STILL one Easter Egg on the original movie Frozen that has yet been discovered! Anyone else going to play that movie in super slo-mo now?

What keeps these animators juices flowing? It’s more than just the Disney magic. Here’s a few recollected favorites from our panel.

Mike Gabriel had the ability to wow even the “old men” of Disney Animation. Vance Gary, who had been there since the 50’s said about Lorenzo: “When I just saw that I remembered why I came to Disney in the first place. That’s why I came.”

Peter Del Vecho had spoken with a Gulf War vet that lost both his legs. He recalls the vet telling him that “Let It Go helped him to accept.”

Dorothy McKim had a personal friend feel the power of the adoption story from Meet The Robinsons movie.

Mark Henn was told that “Aladdin saved my life.” How do you top that?

“We make these movies first for ourselves” said Mark Henn. “Then we put them out there hoping people will embrace them as much as we have.” 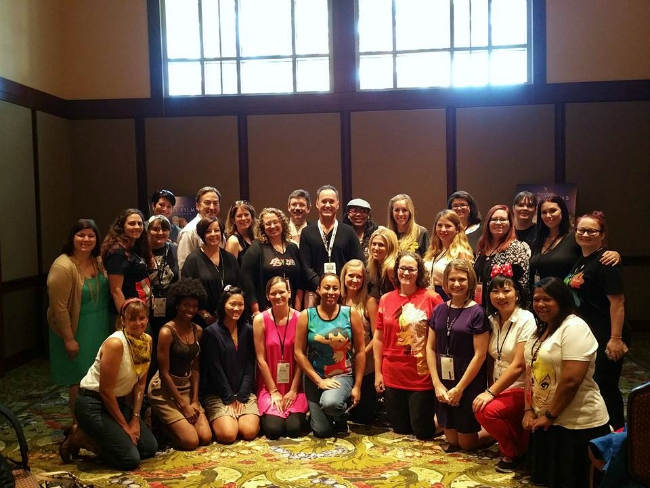 The brand new Walt Disney Animation Studios Short Films Collection is the ultimate short films collection for your family. From hilarious to touching nostalgic to modern, Disney yet again pushes the boundaries of what animation could be into something it absolutely can. 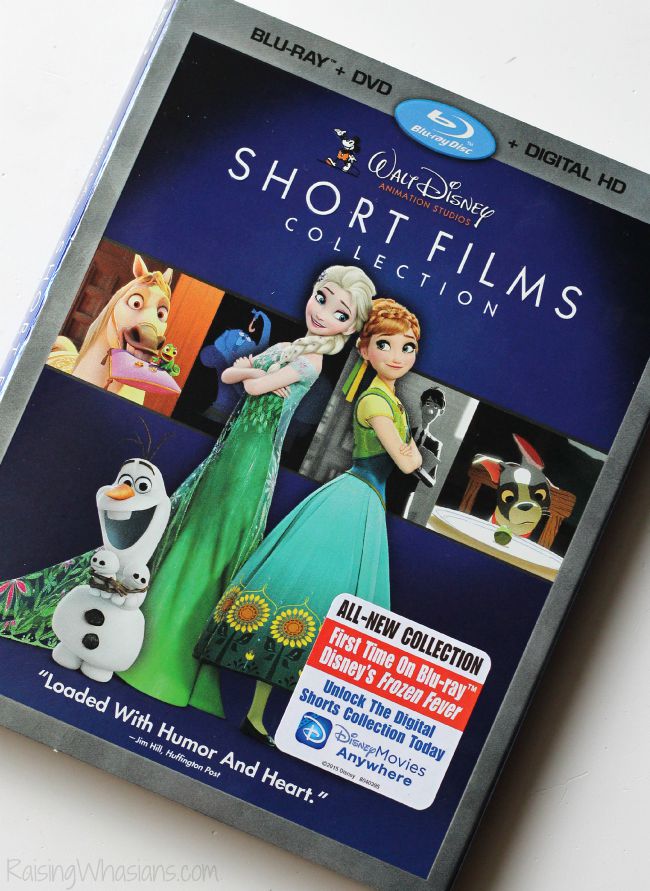 What is your favorite Disney short film of all time?