Post sponsored by Disney. All amazing Star Wars fanatical opinions are my own 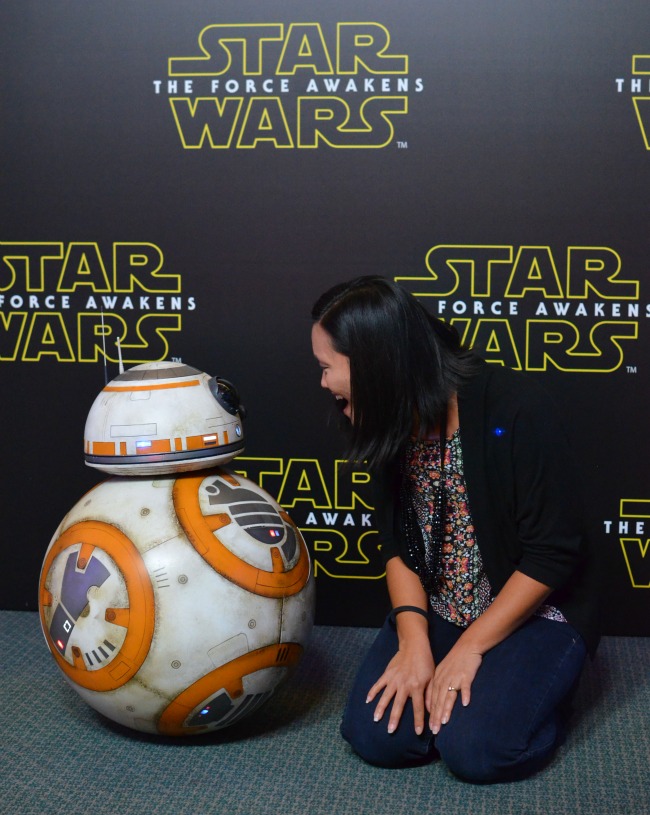 Want to feel like a million bucks? Attend the Star Wars: The Force Awakens Press Conference. There’s nothing on earth (or Tatooine) quite like it. An epic day of interviews, one-of-a-kind Star Wars experiences and unknown secrets, I’m taking you through a photo tour of my best moments from a day that I will never forget as a member of the press AND as a fan-girl. Cue adorable BB-8 picture! 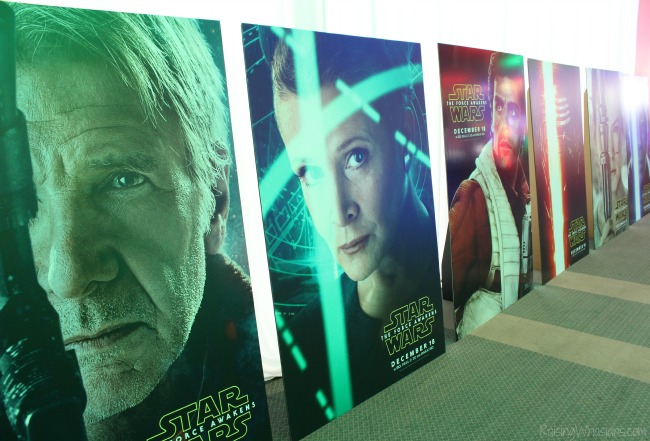 What’s behind curtain #1? No, literally. As we walked the 2 blocks from our hotel to the L.A. Convention Center, I definitely was feeling the sneaky Secret Agent persona coming out of me. I cannot tell you how many times I looked behind me to see if anyone as following us. Walking inside the empty convention center on a Sunday morning, you would definitely think you were in the wrong place. And then we pull up to a giant wall that’s basically shielded by a huge plain white curtain. (See, that’s where the curtain joke comes in). I had a moment where I thought…”THIS is where the most epic Star Wars Global Press Event takes place? Seriously?!” But then we stepped inside. 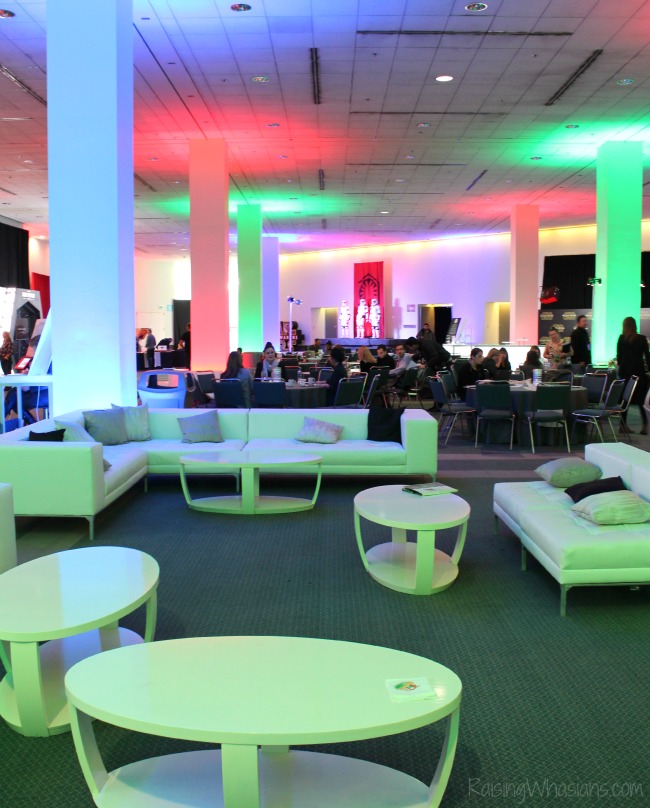 Combine a Star Wars convention and a professional press event and what do you get? A bunch of grown up Star Wars nerds at The Force Awakens Global Press Conference. No joke, I probably stood in this spot unable to move for like 5 minutes. So much to take in! 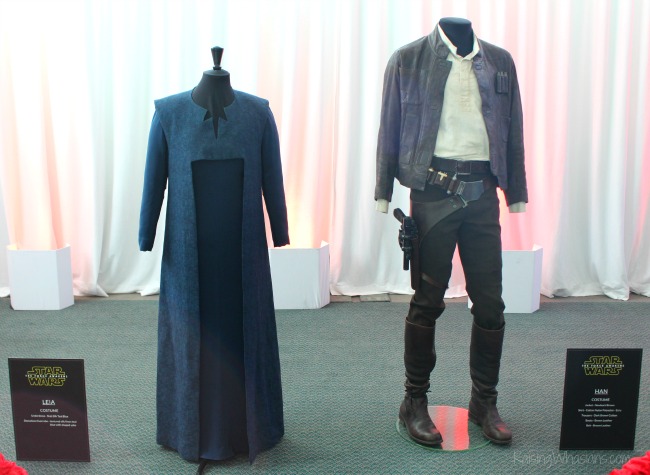 The music. The booths. The food. The art. The costumes. The lights. The lightsabers…it all comes together for an epic day of soaking in Star Wars. 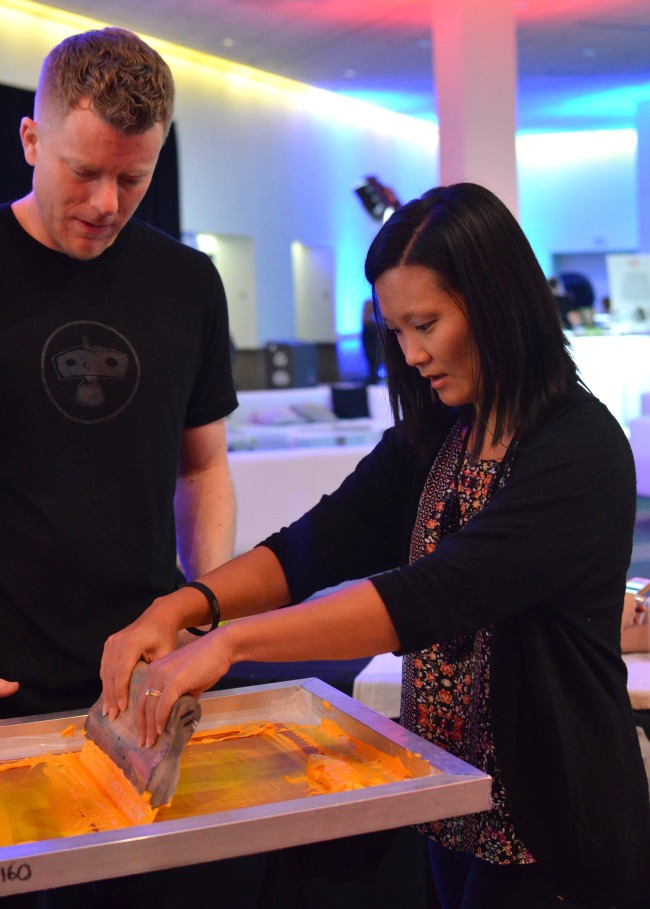 It’s not everyday that you can say that you made your own Star Wars tee at the professional Star Wars press event. While many people were just dropping off their shirts to be made, I absolutely wanted to jump in and make my own! 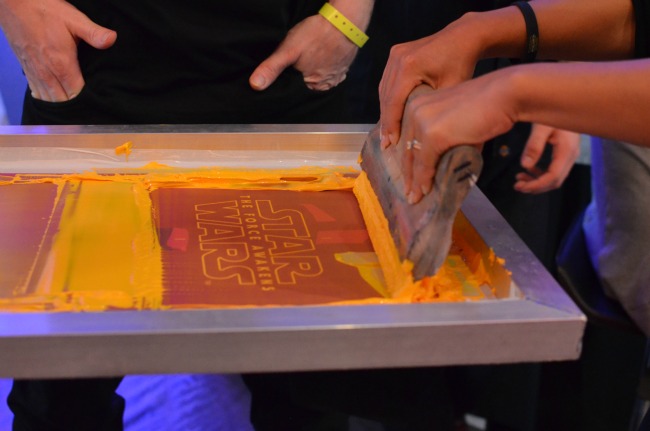 In only a few minutes, I had made a genuine Star Wars tee. Totally a fun experience, I now have a perfect Christmas gift for Star Wars loving son! 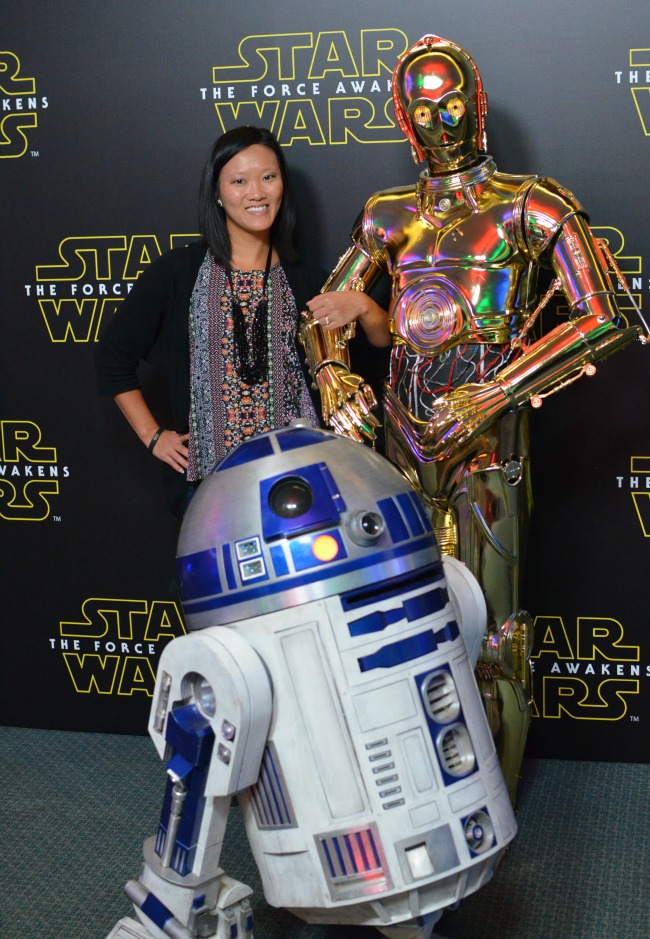 Photo Opp with The Droids

It’s not everyday that you feel like the odd man out of the bunch. C-3PO and R2D2, the droids that started it all were there for photo opps with the press. Linked arm in arm, I was completely ok with hanging out with my BFFs for the rest of the day. Dude, can we talk about BB-8? This remote controlled droid was highly entertaining to watch….and interact with! And not only does the adorable new droid that’s sweeping the nation roll like no one’s business…he also talks! Tilting his head, bobbing along and connecting with me on a “adopt me and take me home” kind of level, I was swooning for the newest Star Wars droid. I totally wanted to hug him…would that have been too weird? 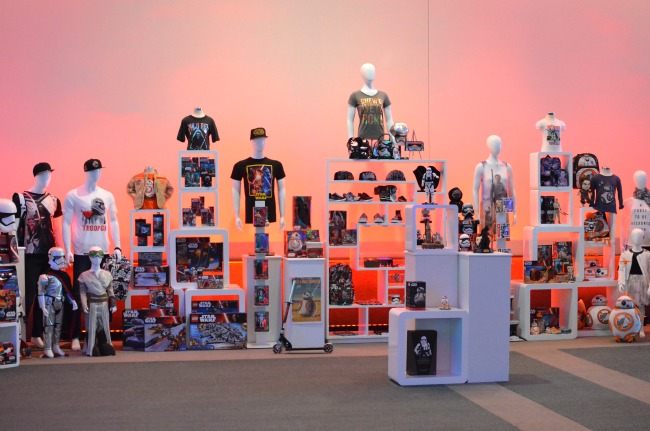 Drool Over The Force Awakens Merchandise

I’ll take one of those and one of those and 5 of these….The new Star Wars merchandise was on display and ready for my wallet to empty. Everything from Legos to Crocs to clothing to jewelry were all represented. And I wanted ALL of it! 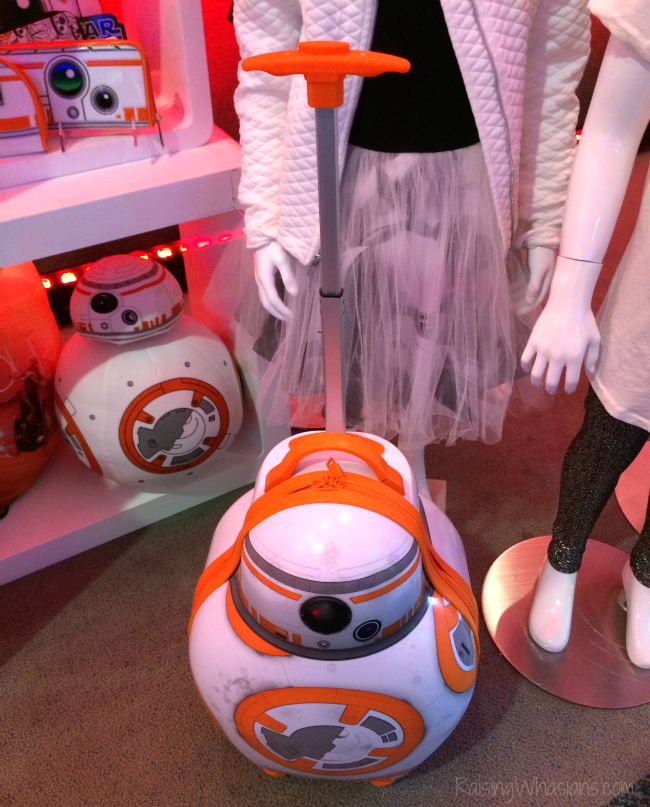 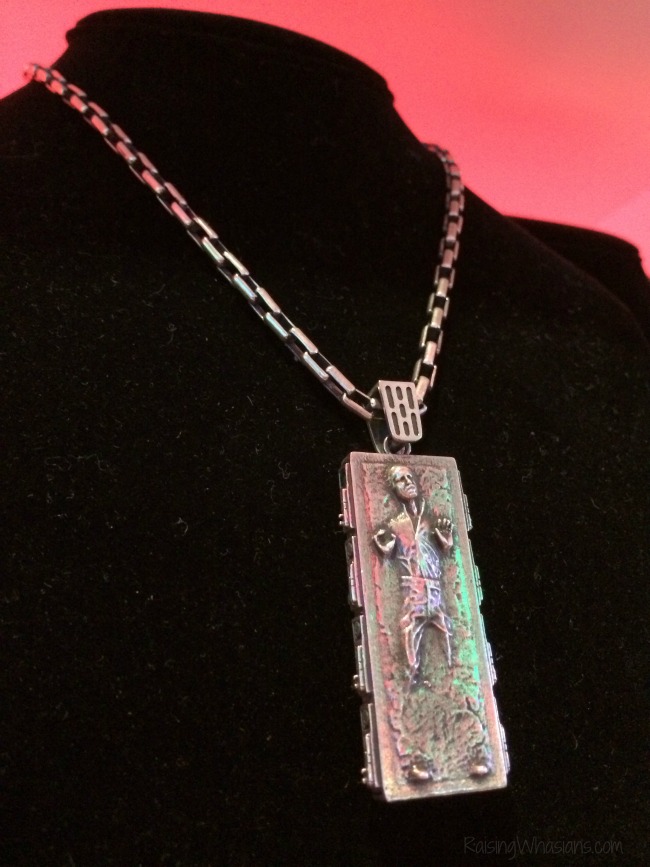 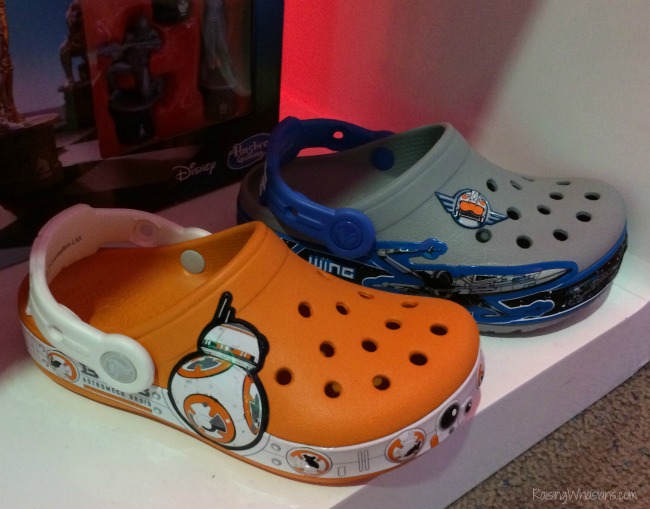 I would have bought these on the spot. Must own the new Star Wars: The Force Awakens Crocs! 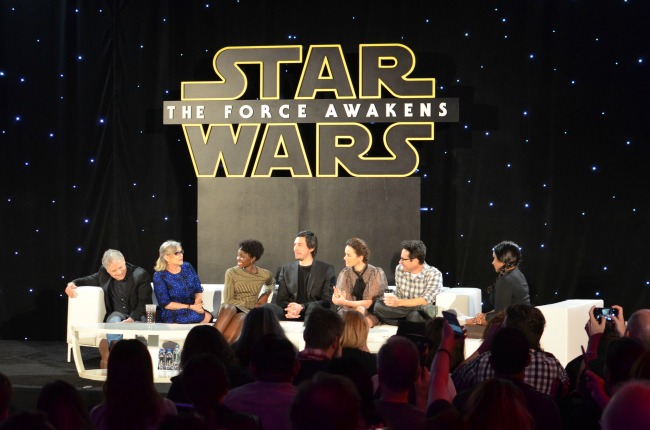 It was interesting to sit in on the actual “press conference” part of the day with (guessing) hundreds of people crammed into a room. Sitting on couches, the celebs lined up for engaging Q&A with the press and conversation with each other. If anyone stole the show, it would have to be Carrie Fisher. The one person who we did not get a one-on-one interview with that day, she by far had me laughing hysterically through the whole press session. Loud, crude and blatant, this “princess” had the mouth of a bounty hunter. There may have been the words Baboon, hair and A** all used in the same sentence. I’ll never tell 🙂 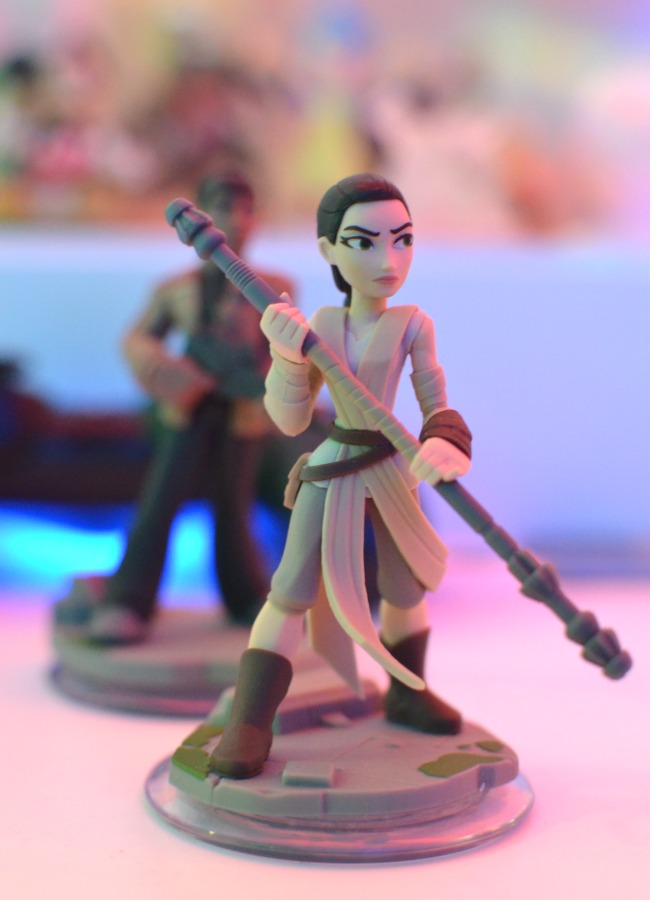 Lots of game play will be heading your way soon with the new Star Wars: The Force Awakens Disney Infinity! New worlds, new characters and exploration from the storyline of the movie, it was a fun upgrade to the popular game. While no spoilers were given in our demo, it was neat to see the animated version of the starships in the sand and BB-8 rolling around the desert landscape. 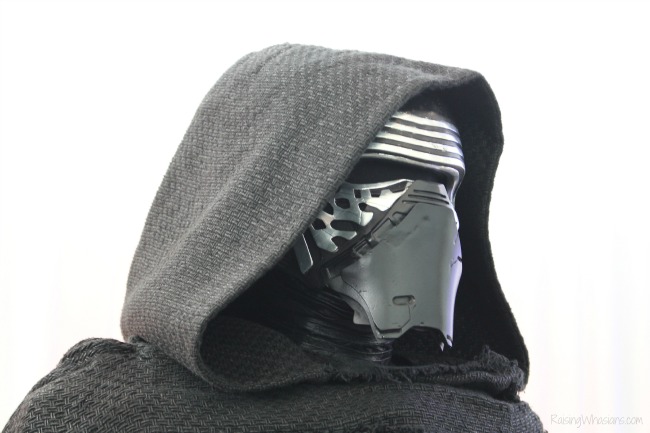 No, that’s not Bob Iger. I just loved this shot of the Kylo Ren costume. But seriously, where was my camera for this? With celebrities just walking around the place, it was not a long shot to run into the CEO of Disney….on the way to the bathroom of all places. A genuine smile, a firm handshake and a “I loved the movie” quote to go with it, it was the best bathroom stop I ever made! 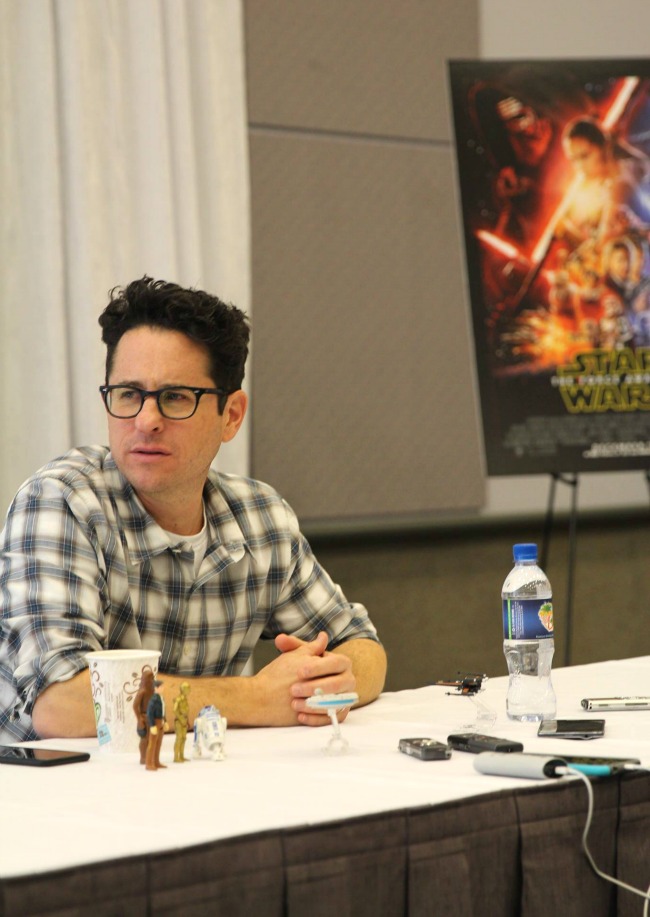 Our exclusive interview posts are coming soon, so be sure to be on the lookout for spoilers! 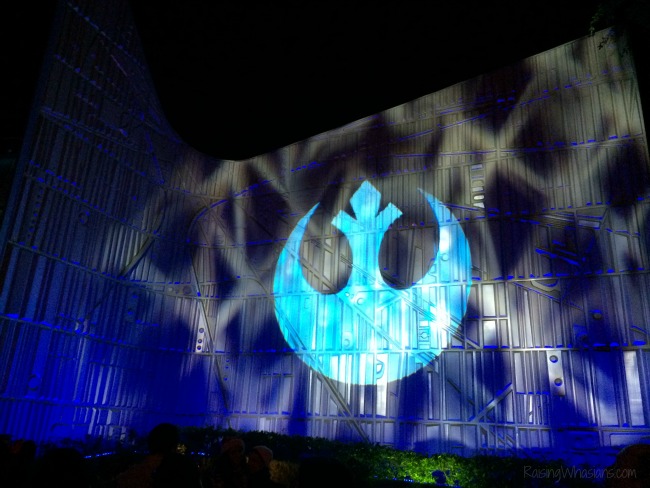 What does one do after a full day of interviews and fan-girl moments? You head to Disneyland of course to take in the new Season of the Force! 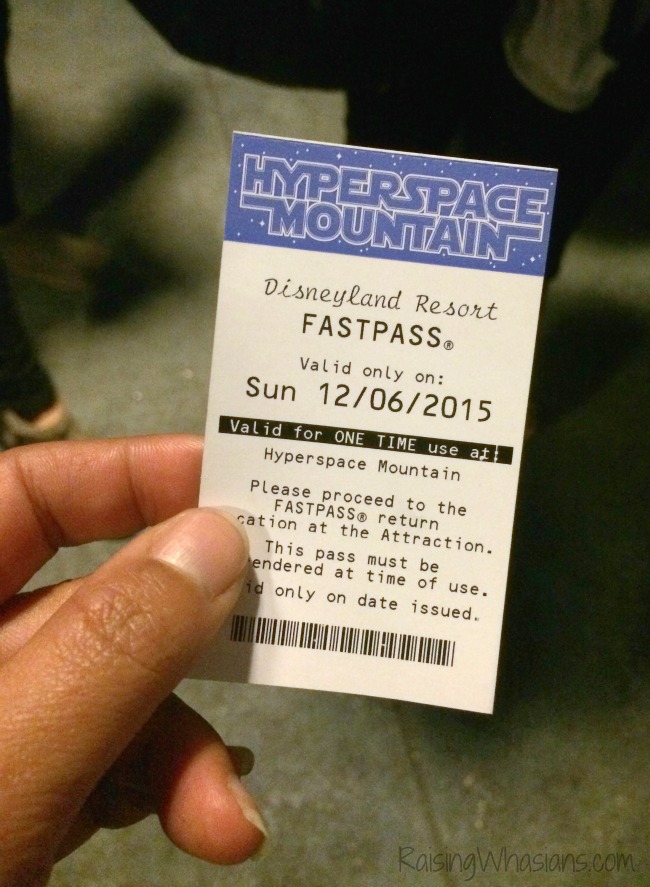 From my first ride ever on Hyperspace Mountain (can we get one of those in Disney World?), Star Tours and watch the new Star Wars: The Path of the Jedi! 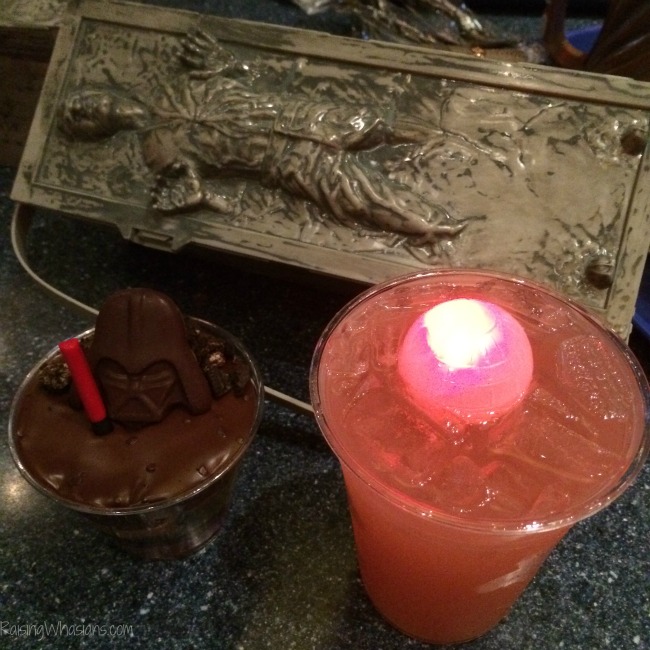 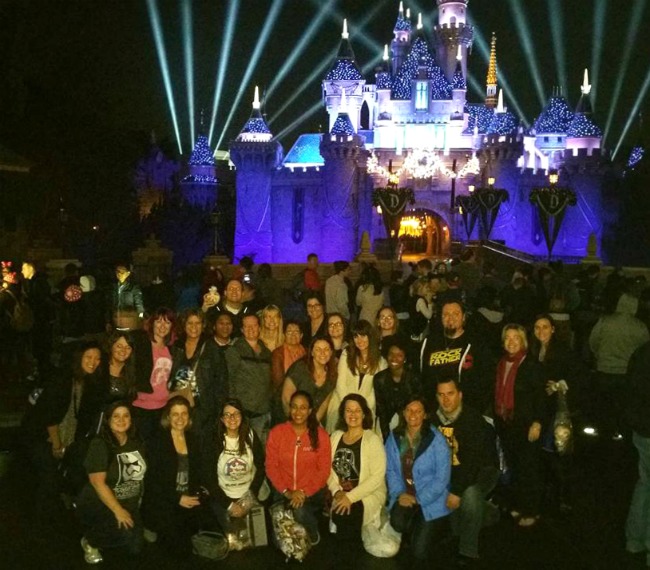 to ending the night with a perfect combination of lit of up castle and fireworks display….I was in Disney/Star Wars bliss.

Can you believe the day is almost here? Grab the family for the official Star Wars: The Force Awakens trailer! 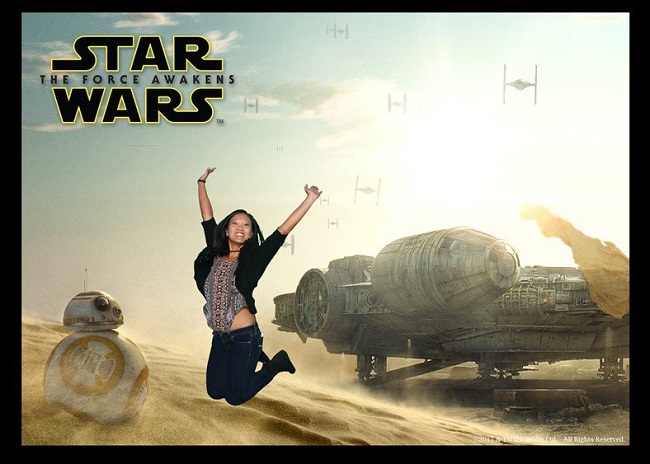 And don’t forget to follow along for the latest updates! 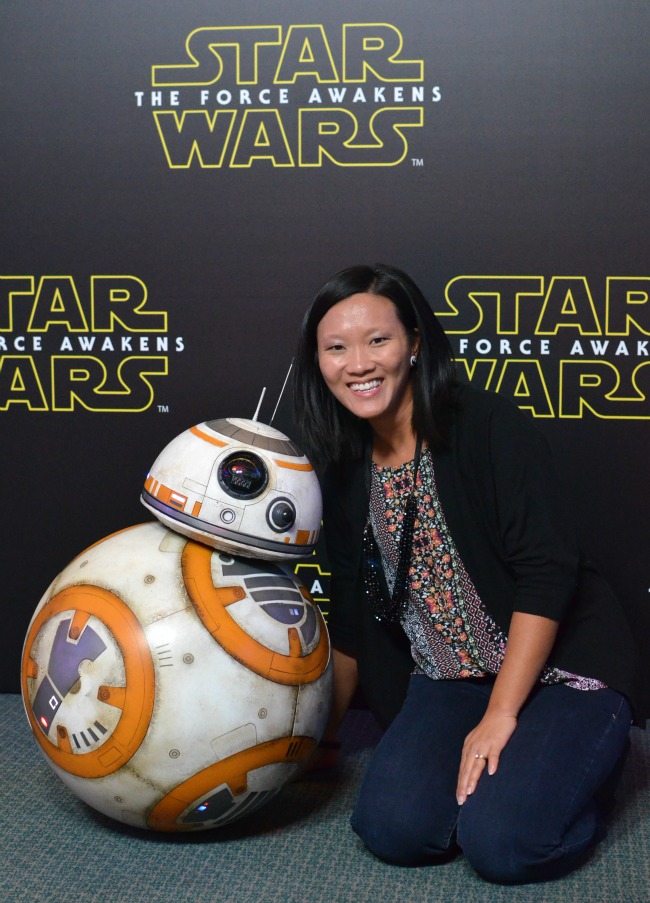 And get ready for the most anticipated movie of the year! Star Wars: The Force Awakens is in theaters on December 18, 2015.