Who wore the red hat? I did! I’m on set with The Red Hat from Marvel’s Agent Carter Season 2 with exclusive behind the scenes look of the hit TV show as a part of #ABCTVEvent press coverage for Disney. All opinions are my own 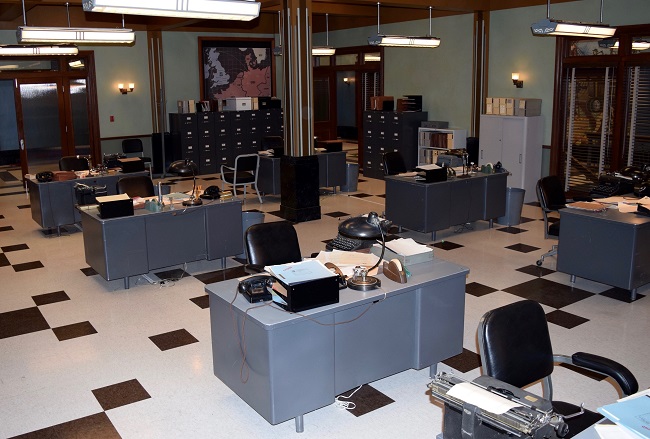 All photos courtesy of Marvel

On Set with The Red Hat from Marvel’s Agent Carter

I had never been on the set of Marvel before. In fact, I had only been on a TV set once in my life. So to walk around and take in the actual set of Marvel’s Agent Carter, I probably had gaping and drooling mouth issue that day. It was incredible. The set of the SSR, complete with desks, California skylines (or in this case palm trees) and real props, I was in Marvel heaven. Come join me today as I take a stroll on the set of Marvel’s Agent Carter and go behind the scenes at the costume department.

And who wears Peggy Carter’s iconic red hat? I do! 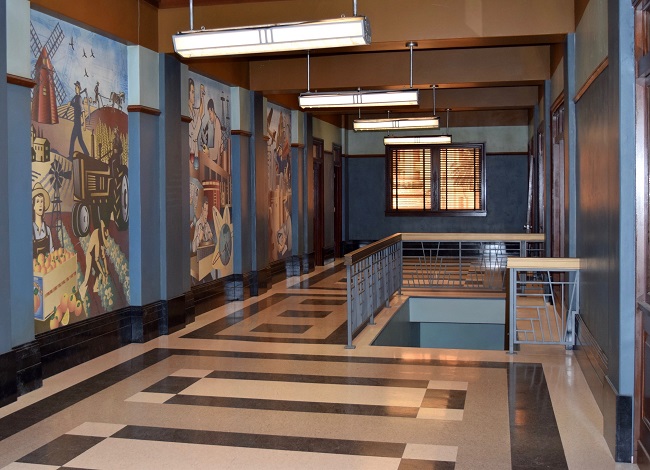 On Set of Agent Carter Season 2

Touring the set of the SSR was amazing. It was like walking in the vintage shoes of Peggy Carter herself. 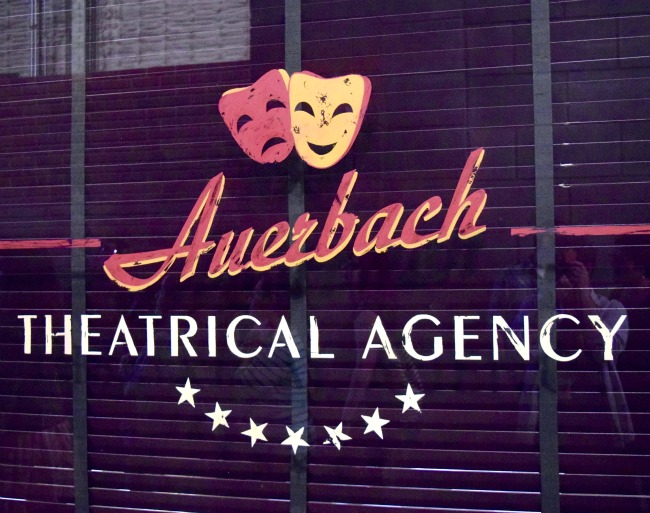 You could tell quite a bit of the set from Season 1 got a facelift for Season 2. Brighter colors, a California skyline and a shifting of desks had occurred. 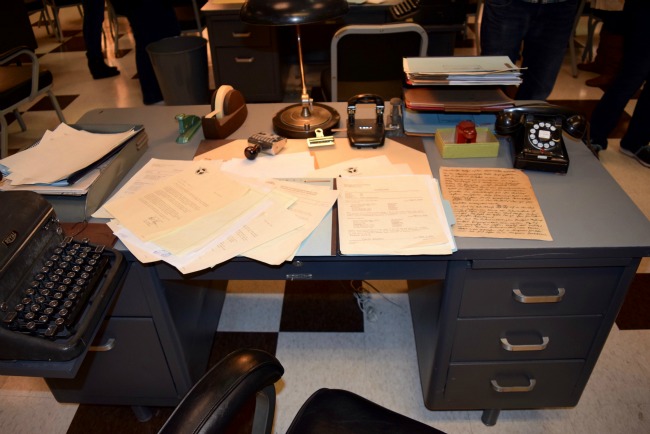 Walking down the hallways and taking in the attention to detail was amazing. I found myself laughing at some of the silly doodles on the desk papers! 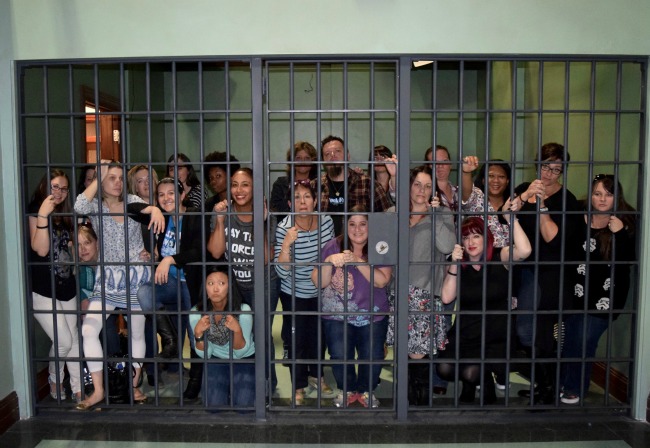 It was so fun to walk around the set of Agent Carter Season 2! Maybe a little too much fun? 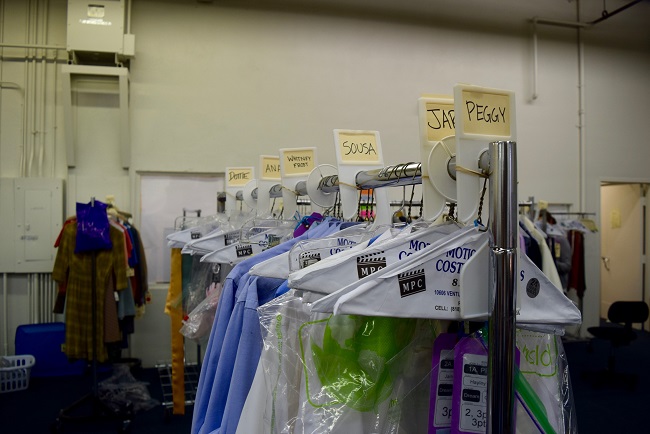 But the most exciting part of our behind the scenes tour had to be the costume department. It was like stepping back in time. Here, people were busy with sewing machines, needles and thread as they were surrounded by rows and rows of famous costumes used in Agent Carter. Greeted by Gigi Melton, head costume designer, we got an insider look at the inspiration behind the clothing and of course, that famous red hat. 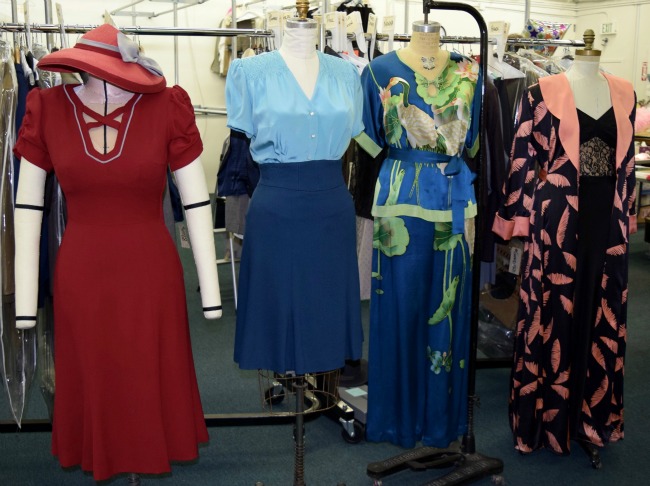 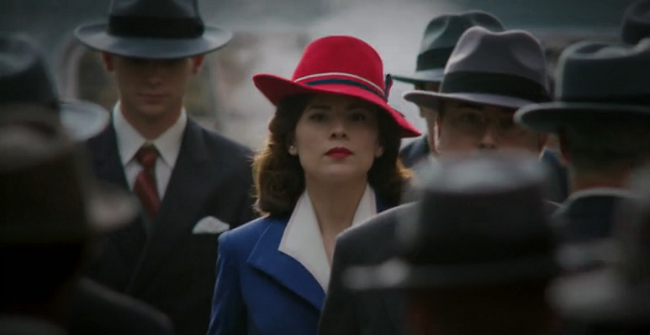 When Gigi Melton first read the script of Agent Carter, it said that Peggy was walking “in a sea of gray hats” while she donned on a red hat. But reading more into Peggy Carter’s character, Gigi knew that Peggy was to be of equal power to her 1940s male counterparts. So what was the power hat of the era? A Fedora. So Gigi reached out to Stetson, the hat of the 1940s. Stetson happened to be celebrating their 150th anniversary, and happily sent “blank” red hats for Gigi to play with. So she did. She added ribbon, hand molded the shape and finally sent the prototype to Stetson to reproduce. Unfortunately, it was too late to get the reproductions in time. So the hat you see on screen for the first time? Yup, that’s the prototype. 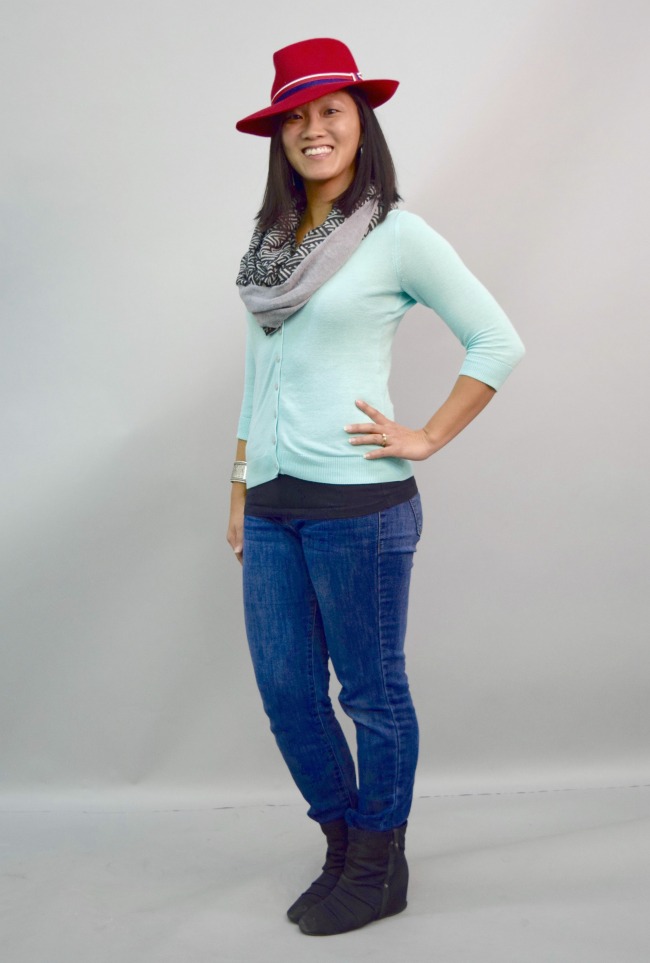 And as if touring a live TV set and costume department weren’t enough, we also got an exclusive photo shoot with one of THE Red Hats used on Agent Carter! What do you think? Is it me? To say that this was an amazing once in a lifetime opportunity would be an understatement. Going behind the scenes, stepping in the same spot as the actors and learning more about the Marvel universe made this on set visit incredible! Did you miss my exclusive Agent Carter interviews? Be sure to check out our conversation with stars Hayley Atwell, James D’Arcy and the producers! 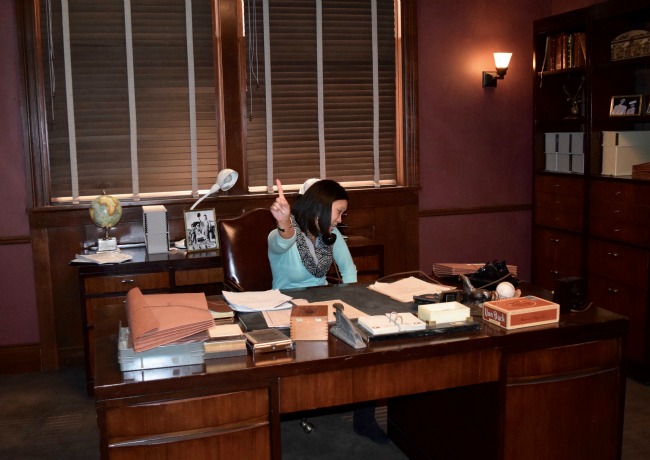 Agent Carter wasn’t all of the fun for my latest Disney press trip! Check out the exclusive #ABCTVEvent and #StarWarsEvent interviews and coverage too!

Be sure to follow Agent Carter for the latest new episodes, character updates, and more! 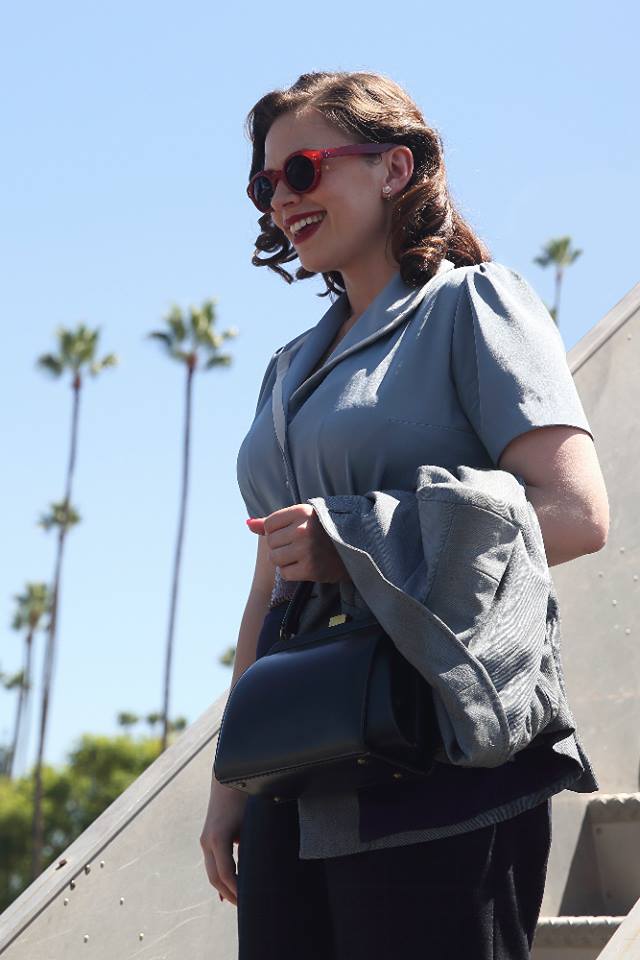 Don’t miss Marvel’s Agent Carter Season 2 TONIGHT (January 1/26/16) at 9 PM ET on ABC! In tonight’s episode, “Better Angels,” Peggy uncovers secrets and lies about the murder case. Tweet along with the show using the #AgentCarter hashtag. Will you be watching?