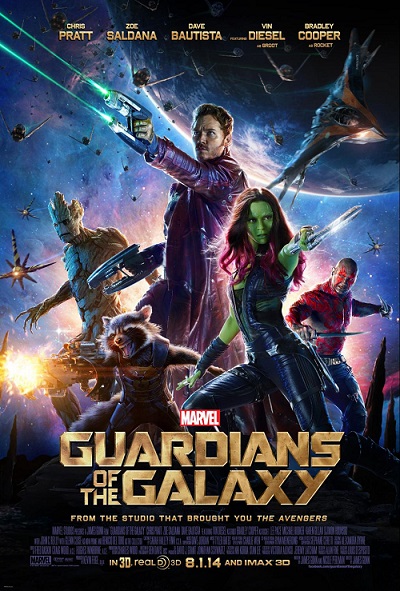 Guardians of the Galaxy Movie Review | Safe for Kids? #GuardiansoftheGalaxyEvent

So I’ve been talking about this movie for months now, and I can’t believe the day is finally here. The Guardians of the Galaxy movie is in theaters today, August 1, 2014! The next epic Marvel saga has entered in this summer’s blockbuster line up, and I couldn’t be more excited. Why? Because I can finally talk about it! It’s been killing me not to share with you the amazing-ness wrapped inside this movie. And with a rating of PG-13, I know parents are wondering…Is Guardians safe for my kids? 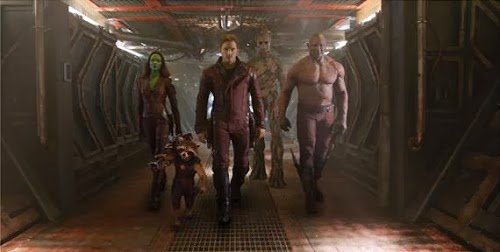 First of all, let’s talk about the amazing-ness part. I have to admit, I was a little concerned when I heard about Marvel taking the movies in this direction. I mean, Guardians of the Galaxy wasn’t as popular as say the classic X-men or Avengers. And they then rumors about a talking raccoon that wasn’t even in the comics….I definitely thought the comic fans were going to have a field day. But as I sat down and listened to the first strain of classic rock music filter into the theater, I knew I was in for a heck of a ride. So before I dive in, I’ll give you the movie synposis in case you were hiding in a bush.

An action-packed, epic space adventure, Marvel’s “Guardians of the Galaxy,” in theaters August 1, expands the Marvel Cinematic Universe into the cosmos, where brash adventurer Peter Quill finds himself the object of an unrelenting bounty hunt after stealing a mysterious orb coveted by Ronan, a powerful villain with ambitions that threaten the entire universe. To evade the ever-persistent Ronan, Quill is forced into an uneasy truce with a quartet of disparate misfits–Rocket, a gun-toting raccoon; Groot, a tree-like humanoid; the deadly and enigmatic Gamora; and the revenge-driven Drax the Destroyer. But when Quill discovers the true power of the orb and the menace it poses to the cosmos, he must do his best to rally his ragtag rivals for a last, desperate stand–with the galaxy’s fate in the balance.

So the best way that I can describe this movie in terms of Marvel movies, it’s a “softer” version of Avengers, set to an epic soundtrack. If you haven’t gotten “Hooked on a Feeling” yet from the trailer, you’ll soon realize that the music in the movie plays a big role in the tone of the film. It’s swanky. It’s mischievous. It’s clever. It’s fun. 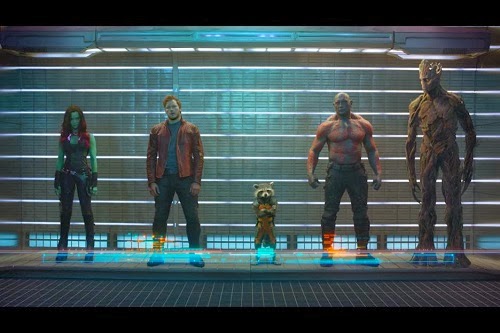 As with any good Marvel movie, be prepared for some amazing CG effects, action sequences and epic battles. And let’s not forget the classic one-liners that will have you giggling a few days later. Chris Pratt was the most surprising hero of the film, with everything from a comedic twist, to a handsome smile (and shirtless!!), and hey, it’s his first BIG film. Not a bad role for a first timer! Star-Lord definitely won my heart over as leader of the Guardians. Drax took some time to warm up as you peeled back the layers of his history, grief and desire for revenge. Gamora is more than just a pretty green face, as Zoe really stepped up as lead actress of this film. And even Bradley Cooper’s Rocket had some funny lines. And Groot? Well, let’s just say he “grew” on me.

Ladies, be prepared for some eye misting moments. Men, sit back and enjoy all of the gun slinging, explosions, and fight scenes.

And now for the kids. There’s quite a few guns being fired. There’s some language and a middle finger moment. There’s the suggestion of a head being smashed with a gigantic sledge hammer. And yes, the fight sequences can get intense at times. But if your child does well with separating the sci-fi violence with reality,  I think they will do fine. Will I be taking my 5 year old? Not this time….which I feel horrible. He was really looking forward to this one. But for everyone else, I surprisingly very much enjoyed the movie. And I will definitely be seeing it again.

Why you ask? In Marvel fashion, there’s always a hinting trailer at the very end of the credits. But to our media eyes’ surprise, we didn’t get to see it. In fact no one, not even those that attended the premiere will get to see it until it hits theaters today. So if your family is ready to hit the Galaxy this summer, I would definitely put Guardians on the list. Very entertaining from the great actor selection, to the special effects, to the plot scheme. And hey, there’s already a Guardians II in production for 2017. So prepare your best “I am Groot” chant and watch Guardians of the Galaxy, an epic out-of-this-world Marvel adventure this summer! 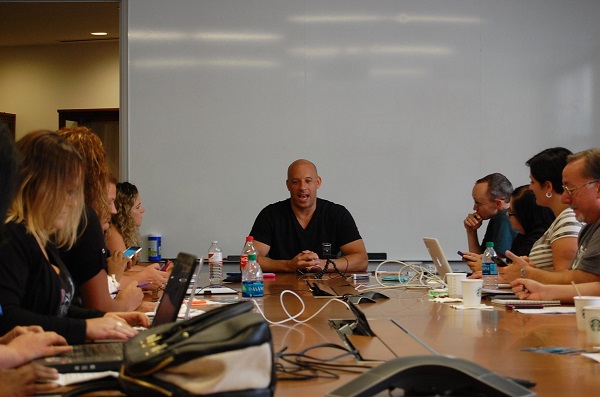 If you missed all of the amazing Guardians of the Galaxy coverage on my blog, now is the time to catch up. Check out my exclusive interviews with Chris Pratt (Star-Lord), Vin Diesel (Groot) and Zoe Saldana (Gamora)!

Guardians of the Galaxy is in theaters starting today, August 1, 2014! Will you be seeing this epic summer blockbuster?