Turn family movie night into a fiesta with this Easy Disney Pixar Coco Dessert Idea to Celebrate the Blu-Ray Release. This post is sponsored by Disney•Pixar. All delicious opinions are my own. May contain commissioned links. #PixarCoco 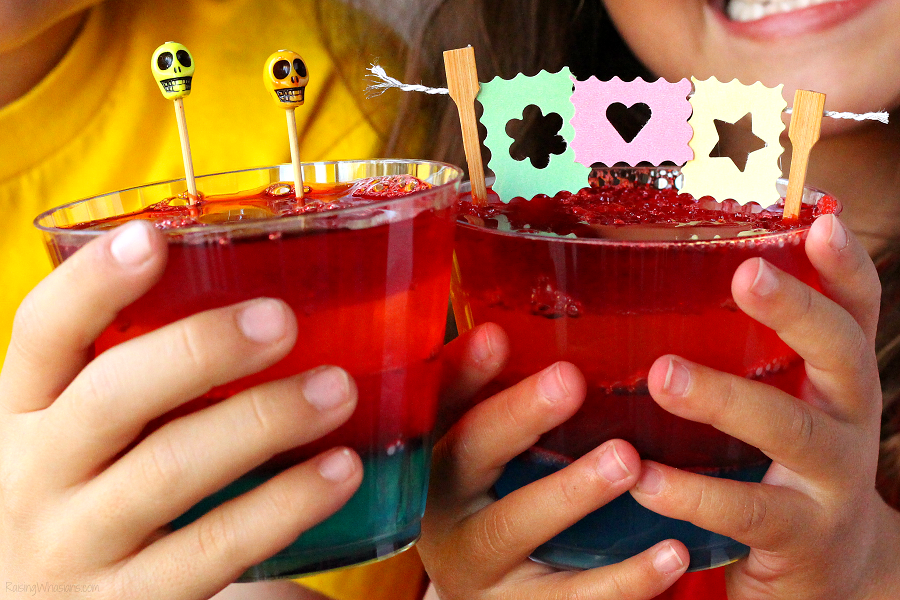 Bring the familia together for an unforgettable family movie night! Disney•Pixar’s Coco is now available on Blu-Ray and we’re celebrating the new at-home release with this delicious and easy Disney Pixar Coco Dessert Idea! See why your family needs to own Coco on Blu-Ray with tons of great bonus features, plus make these FUN layered Coco inspired jello cups + adorable banner for a one-of-a-kind Coco movie night treat. 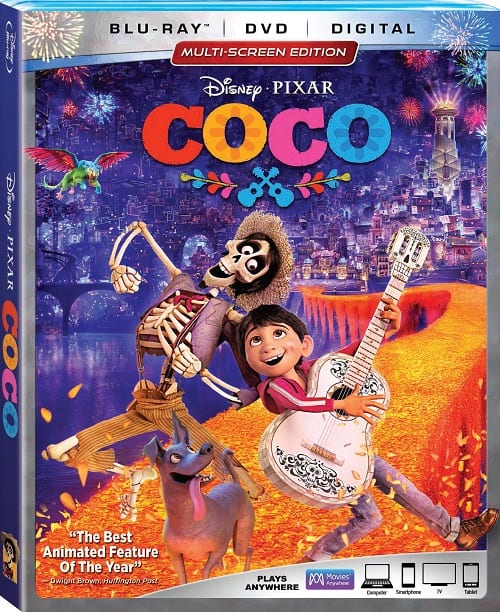 Disney has done it again. A beautiful story, inspiring culture, catchy music and tears – all of the tears. Your family can now bring home Disney•Pixar’s Coco, the 2018 Golden Globe winning animated film for an instant family classic that will be enjoyed again and again (you can check out my Coco movie review for more of my thoughts). Now on Blu-Ray, I love immersing my family into rich Mexican culture, tradition and most importantly – the emphasis on family love. Being a Disney movie family, we couldn’t wait to get our hands on this new addition to our collection. With over 2 hours of amazing bonus features, we love getting first-hand behind-the-scenes info on the making of this amazing film.

Get deeper into the making of this epic family film at home with these exclusive Disney•Pixar’s Coco Bonus Features. Included with your copy are over 2 hours of behind-the-scenes look into this Oscar winning animated feature. 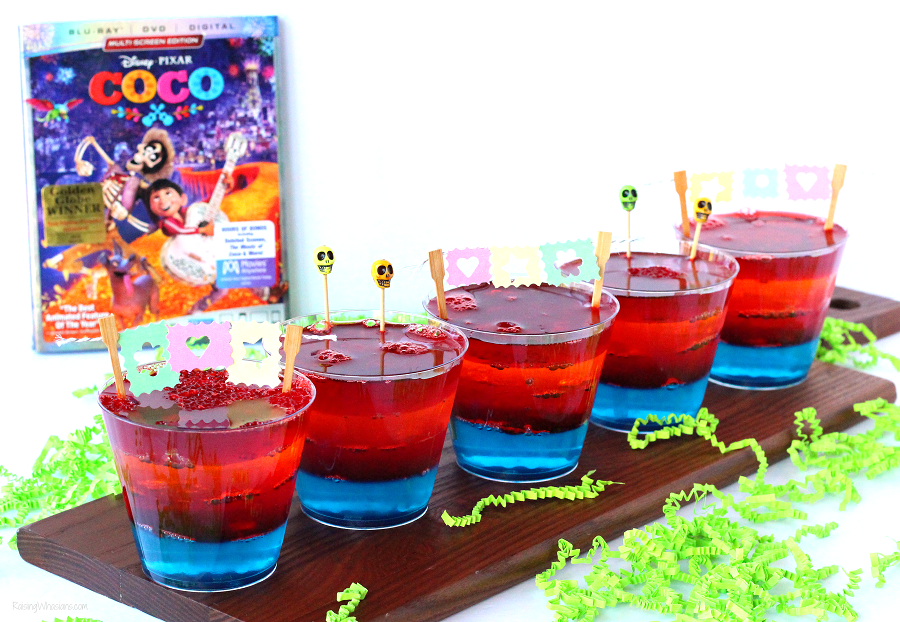 One of my favorite themes throughout Disney•Pixar’s Coco is the vivid imagery used throughout the film. Those vibrant colors bring so much life into the story, so much so that I needed to bring those colors into our latest delicious Disney inspired dessert. This easy Disney Pixar Coco Dessert Idea is the perfect addition to your family movie night – with lots of sweetness, vibrant color and a little nod to the beautiful culture.

Make Jell-O according to quick set directions. Layer each flavor into cocktail cups, tarting with the blue layer on the bottom, then raspberry, then orange, then cherry on top. I did about 1/2 to 3/4 inches thick. Allow each layer to harden before adding the next layer. 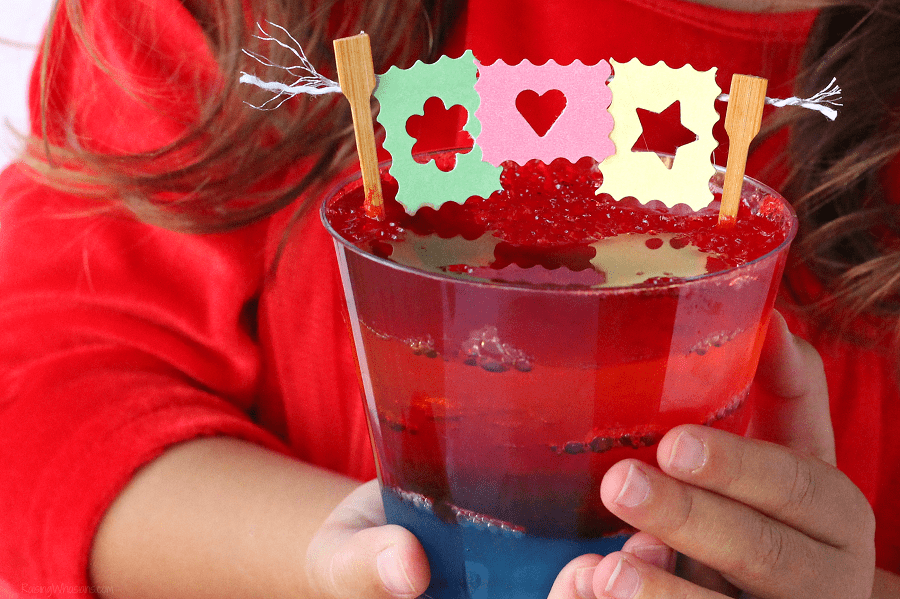 Meanwhile, use your single hole punch on your cardstock, about 2 inches between punches. Cut out your hole punch using your decorative scissors – making into a mini Coco inspired banner. Glue banner together onto string and then glue between two toothpicks. Place toothpicks into hardened Jell-O cups. 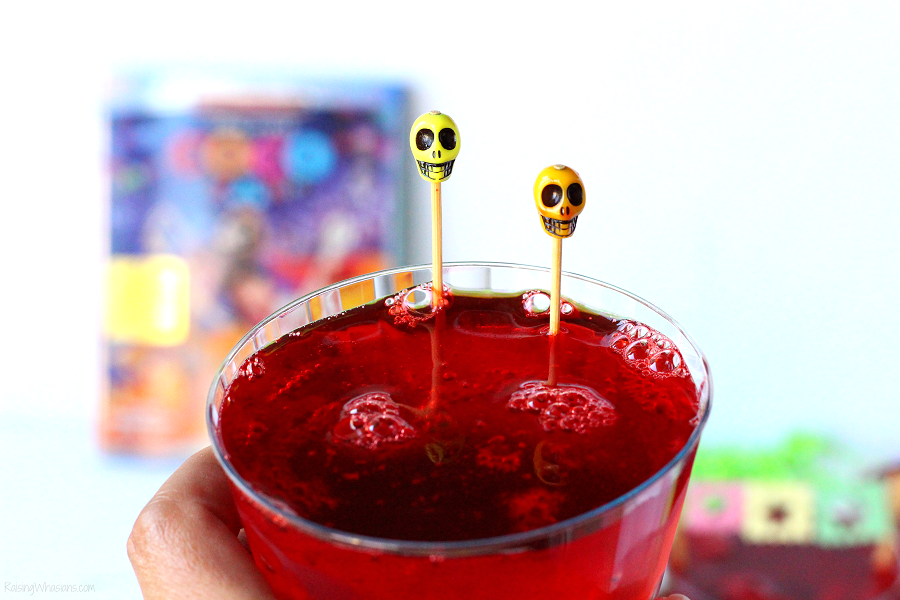 No time for banners? Adorable toothpicks like these would be an easy and festive alternative! 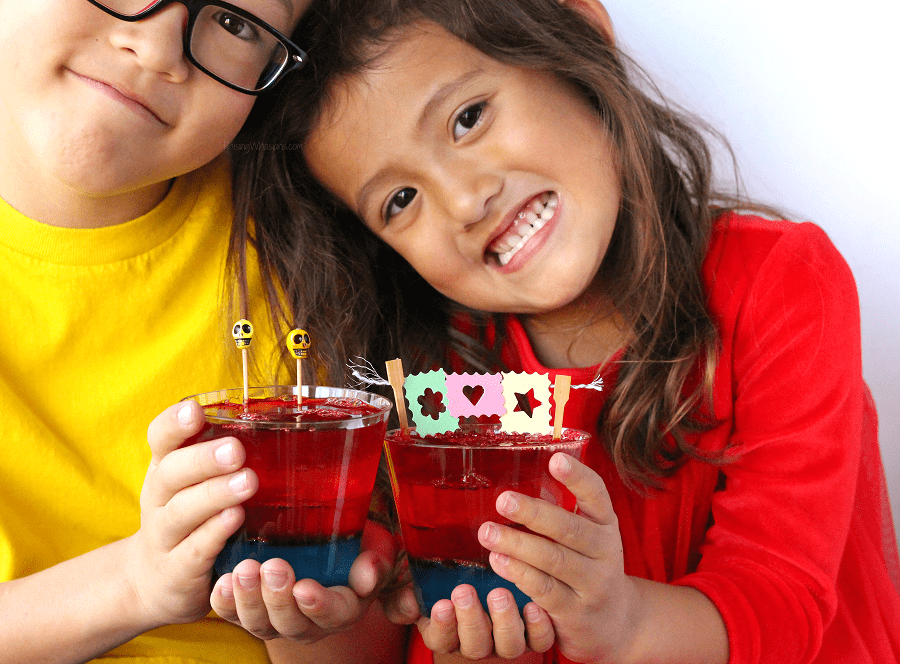 However you enjoy this Easy Disney Pixar Coco Dessert Idea, it’s sure to be a big hit with your family. My kids loved making and eating this festive and colorful Coco inspired treat! 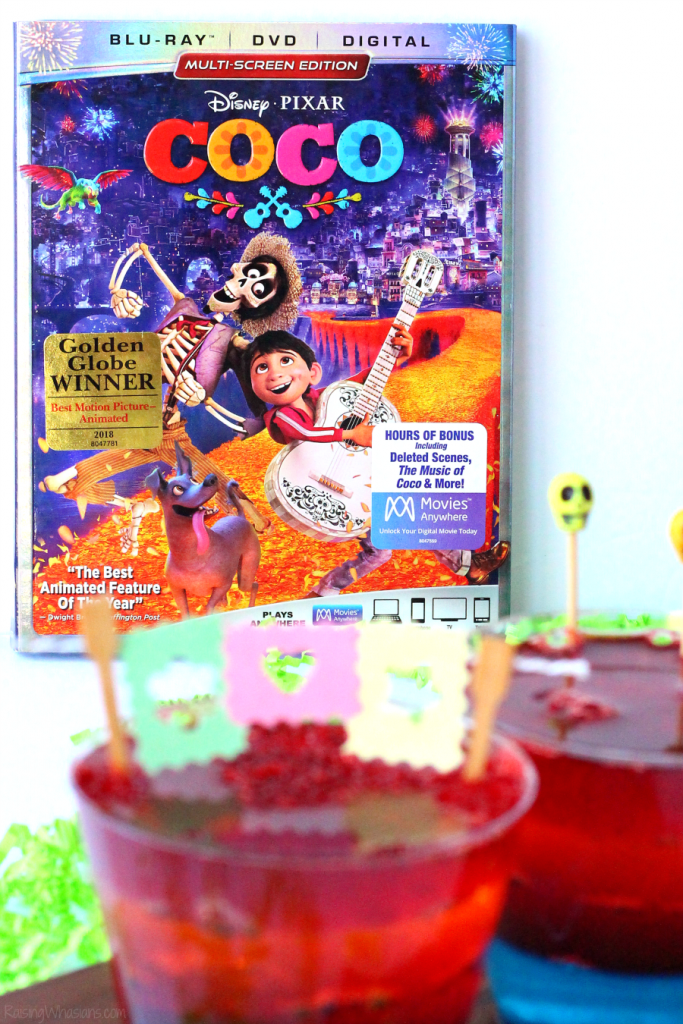 Ready for a family movie night fiesta? Pick up your copy of Disney•Pixar’s Coco, now available on Blu-Ray. Plus don’t forget to make this festive and easy Disney Pixar Coco Dessert Idea for a sweet and fun treat to enjoy while you watch this Oscar-winning movie!

Is your family excited to own Disney•Pixar’s Coco?