Should your kids see the newest Disney•Pixar’s film? Check out this Coco Movie Review | Safe for Kids? honest parent review of the movie. No spoilers! #PixarCoco 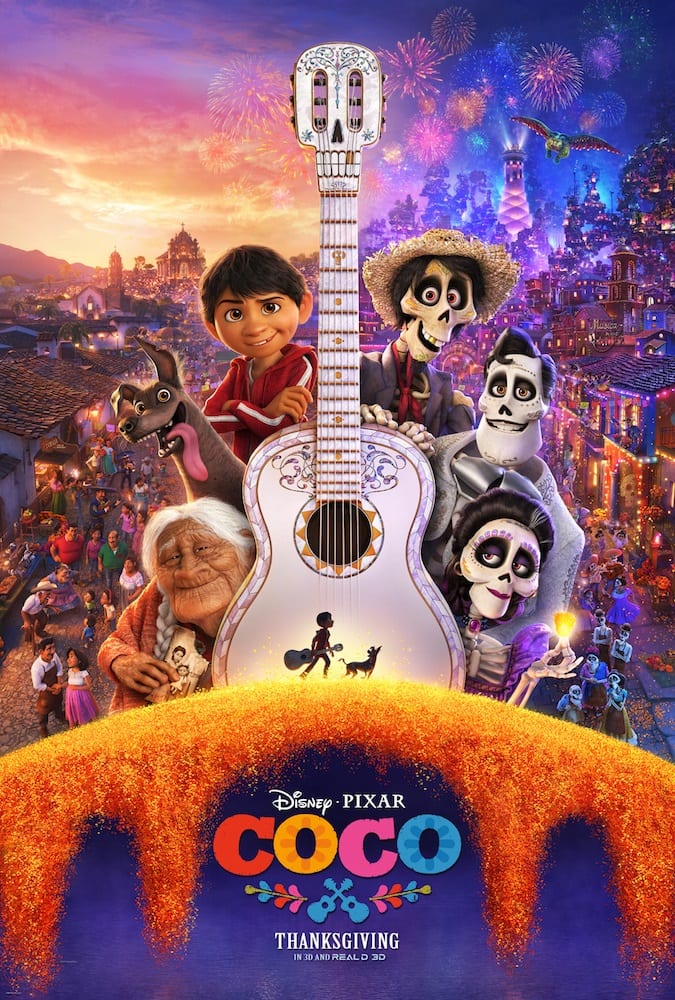 I hesitated as I sat in the theater with my kids, my 9-year old on my left and a very timid 4-year old on my right. Skeletons did not appeal to my daughter’s interest. I don’t blame her. I never told her otherwise. My son seemed confused – was this a scary film or not scary film? And I went in with very little expectations – Dia de los Muertos wasn’t high on my list of must-watch movie plots. Does Disney•Pixar’s latest cultural venture astound or confuse families? What about that PG rating? And will those skeletons be haunting my preschooler’s dreams? Find out in this spoiler free parent review of Coco. 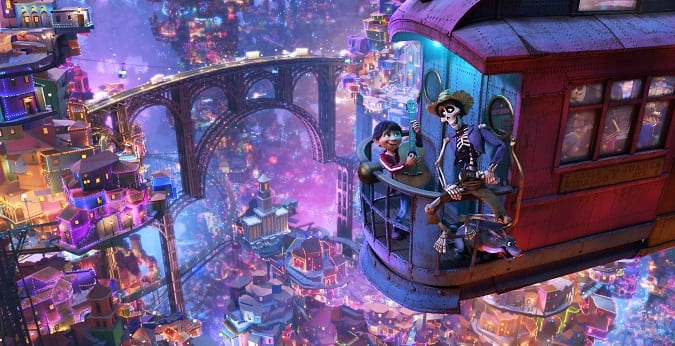 From the brightly colored vivid imagery to the smallest details on Miguel’s eyelashes, only Disney can make the land of the dead visually inviting. Disney•Pixar continues to amaze audiences with movies that astound families with visual feast for the eyes. I took a quick peek at my kids as they watched, both in awe when they saw all of the amazing colors that celebrate Dia de los Muertos. Just the visuals alone had me wanting my family to join in on these ancient Mexican traditions.

Family. How poignant that Disney chose Thanksgiving as the premiere date for this family-centered film, that you would think would come out around Halloween (aka the Day of the Dead). Legacy, traditions, culture, ancestry, foundations, roots, love – these are all prominent and heart-touching themes that are constantly at the center of this film.

But let’s give Disney even more credit – not only did Disney have a difficult challenge in telling a beautiful and slightly-unexpected twisting story, but they also had to weave in explanations for every single tradition surrounding Dia de los Muertos for people like me – with no understanding of why marigolds, ofrendas or even skeletons are important to the culture of Mexico while being 100% culturally sensitive to the people they are portraying. That is a job I wouldn’t want to take on. The story is very dialogue heavy – so be prepared to listen in the whole time. But the way the story weaves in with music, visuals and a sweet coming of age story – it is definitely a movie to be applauded on many, many fronts as a multicultural success.

So in case you didn’t know, this movie has skeletons – lots of them. And if your family is like mine, you’ve probably introduced your children to skeletons in the sense that they are scary – used during Halloween to terrify kids. It was difficult to explain to my 4-year old that these were “nice skeletons,” finding her at times terrified when the skeletons would make jerky quick movements or unexpected jumps. Add that along with some intimidating alebrijes (animal spirit creatures) and suspenseful animated action – she plopped herself in my lap about mid-movie.

This film is also very dialogue heavy – I mean Disney has a BIG job in telling a story that will make you cry (yes, another one of THOSE movies) and explaining deep rooted Mexican cultural traditions. So those with wiggly-worm kids may find themselves bored in between action scenes. I would recommend this movie for kids ages 5+ and very “chill” younger kids. Those prone to being spooked easily and afraid of skeletons may have trouble adjusting. 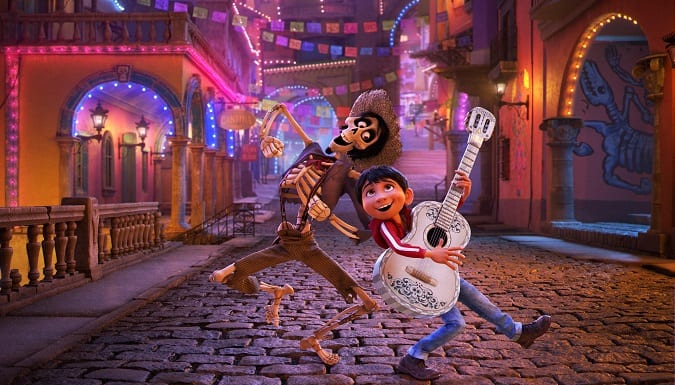 But if your child can appreciate a little sense of colorful culture, they will absolutely LOVE Coco. The music is enchanting, the visuals are stunning, and the overall family theme will have your family appreciating traditions, roots and a desire to create even more memories with your own family. My 9-year old son was absolutely enchanted – laughing, asking appropriate cultural questions and really enjoying the celebration surrounding the Day of the Dead. I couldn’t have asked for more for him.

I went into this film with very small interest and even smaller expectations. I went home blown away. As a multicultural family, I really appreciate being able to show my kids another interpretation of family traditions and how different cultures celebrate and embrace family in ways that I could never explain. This movie not only brings our family closer together (we’re already talking more stories about grandparents and great grandparents to our kids), but encourages conversation about acceptance, diversity and change. Disney•Pixar has done it again with Coco, a wonderful adaptation of cultural diversity at a level that every family can appreciate. 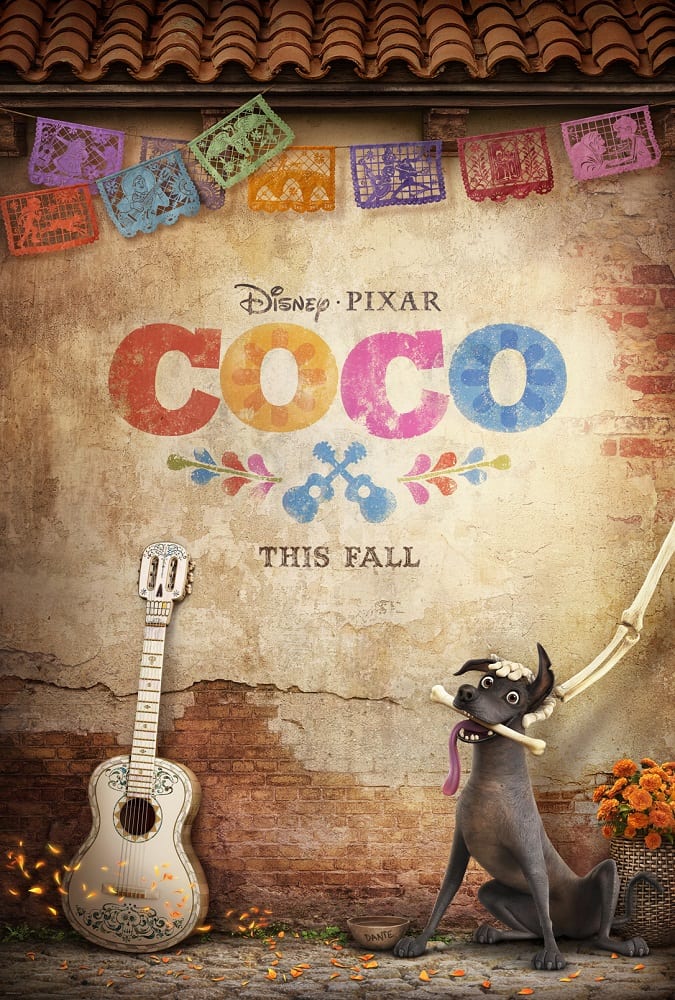 Will you be taking your family to see Disney Pixar’s Coco in theaters this Thanksgiving?