6 Things I Learned at My Disney Playmation Demo. Post sponsored by Disney. All playtime opinions are my own 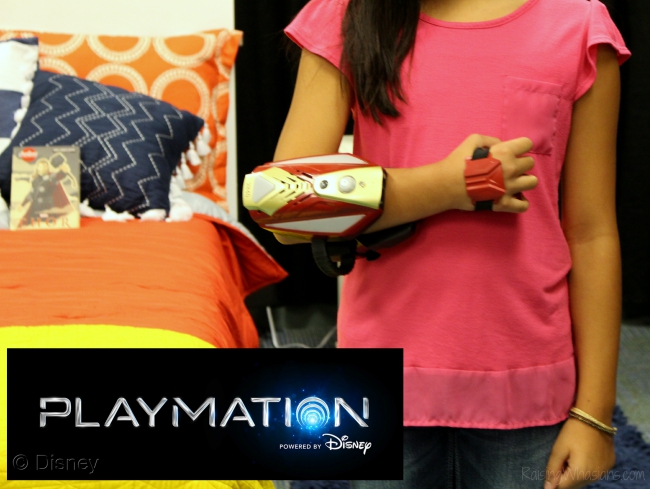 6 Things I Learned at My Disney Playmation Demo

The next thing in gaming. It’s what every child is talking about. And with Disney on board, you know that I have my expectations high. Disney Playmation. While I read the press releases and watched the teaser videos, nothing compared to seeing it in action at the D23 Expo. There are 6 things I learned at my Disney Playmation Demo, and now I can finally join in the excitement. Full review, video and more are included! 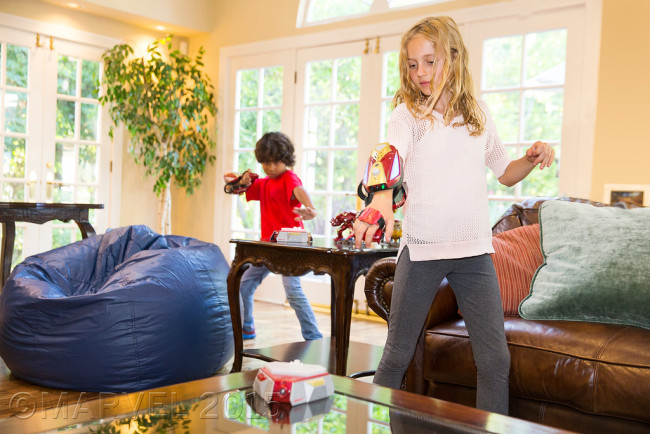 Technology and Gaming Have Come a Long Way

If you think about it, gaming in general has grown so much since my introduction in the 80s (yes, I’m showing my age). Always improving graphics, techniques, and playtime, we’ve all noticed a big shift from outdoor play to TV butt sitting. Not cool. That has been my biggest hesitation in buying a gaming system for my 6 year old boy. I don’t want to raise a couch potato. But then during the first day of the D23 Expo I got to experience Disney Playmation.

Now to explain it and to see it are 2 totally different things. Playmation combines what your child loves about video games…but WITHOUT the TV and controller. In essence, your child becomes the video game. By using the latest technology, your child’s favorite Marvel, Star Wars and Frozen characters, and a little imagination, Disney now provides the ultimate gaming system for kids that I have been dreaming of. And we got to see it all live. 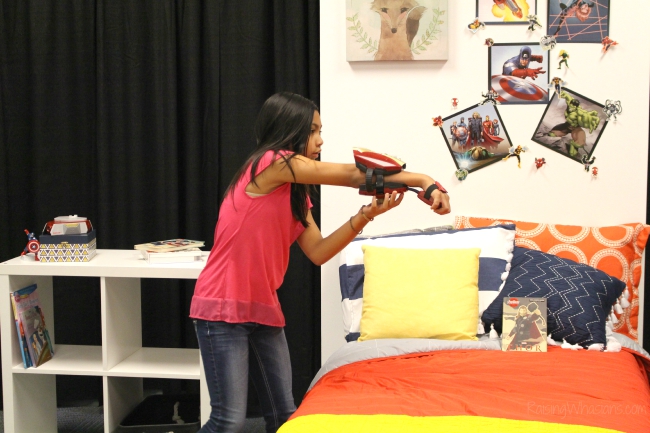 Do Not Underestimate a Child’s Imagination

The basics of the Playmation bundle make sense. You have 1 to 2 Power Activators (aka technology chock-full sensors) that narrate/direct game play. You have a “controller” in the form of an Iron Man Glove or 2 Hulk Hands (aka the Repulser Gear). You have the Smart Figures that store the new game missions (aka game memory). And you have the player. The player is the MOST important part of this game because the child provides the imagination. By following the directions of the real-life game, your child gets immersed into the world of the Avengers. Running, hiding, jumping, shooting, shielding and ultimately saving the day requires your child’s mind expanded to the nth degree. And the results? A happy, smiling and possibly sweaty child that is the ultimate winner! 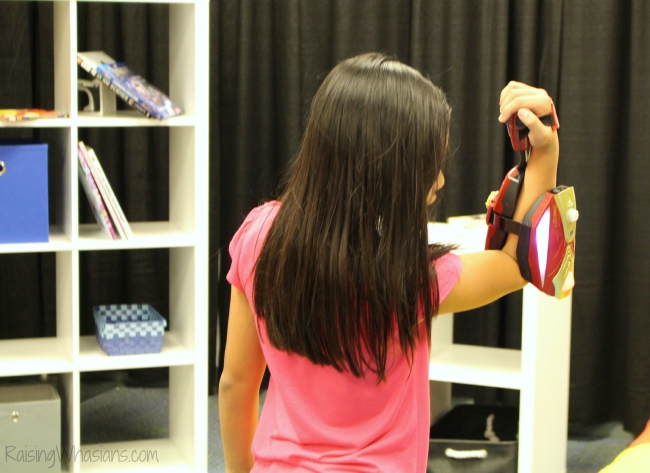 Everyone Wants to Be a Super Hero

Who doesn’t want to save the planet from ultimate destruction, defeat the evil villains and win the battle? Exactly. Even my 2 year old wants to be “Superman” when she grows up. The child in all of us urges to be the hero of the story. And with Disney Playmation, we all can enjoy the super hero giddiness inside of us by becoming Iron Man, or the Hulk, or Elsa. New moves, new missions, new super hero poses (I’m sure you have one too, mom!), we are bringing out the super in all of us. 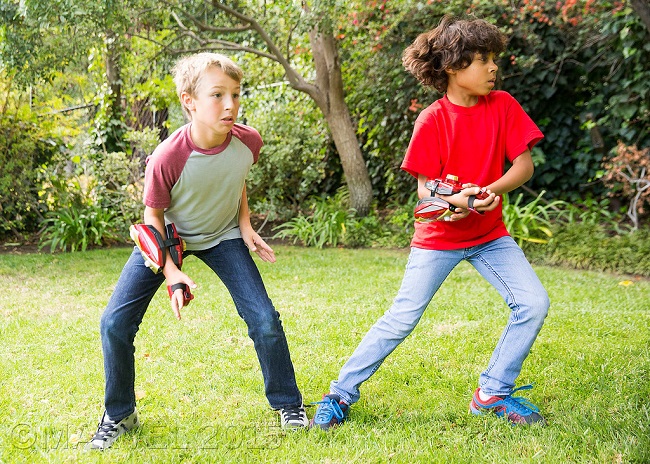 Who Needs a Video Game

Pshaw! What’s the next thing in gaming? It’s definitely NOT sitting in front of a TV screen for hours. Without wires, cords, or WiFi, your Playmation unit can be moved outside. Imagine defeating the villains from your own backyard. Sunshine and gaming? It really does exist! And with the included Playmation App for your Smartphone, you can track calories burned, unlock missions and explore the Playmation world even further.

How about a Multi-Player option? Playmation has that two. 2 children can join the “mission” mode to defeat the bad guys (must have 2nd set of Repulser Gear). OR if you have more than 2 players, the free play option is also available. 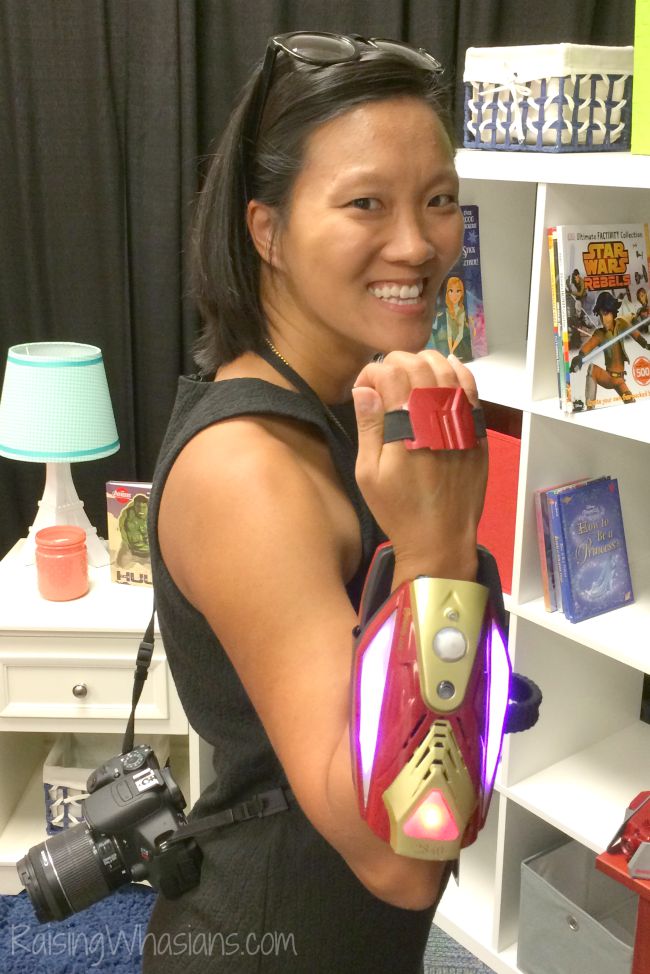 Watch Out for My Knee Pops

Ducking behind furniture, a 360 spin and my signature Iron Man blasting move…you bet that THIS mom is pretty hip…as in hip replacement. But this old dog can learn new tricks, including how to , , show my children the correct and proper movements to successfully play Disney’s Playmation. 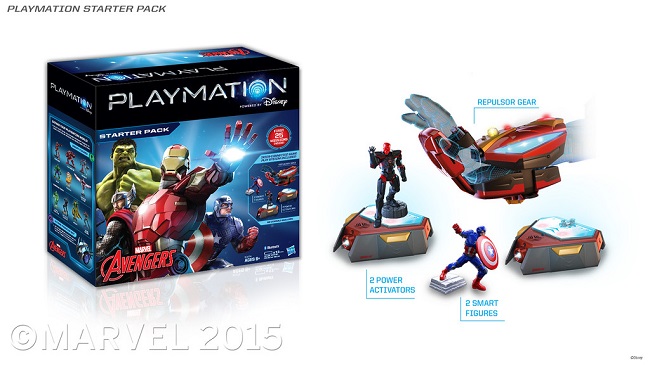 I was really shocked with the price point. I figured a set of this high technology, licensing and caliber to be easily over $200. But the $119.99 price point is perfect for budget-conscious families like me. More figures will be available separately as well to release more missions, special moves and more.

Ok so all of this talking about Playmation is fun, but you want to see it in action, right? Check out the video! The Avengers Playmation is due for release this October 2015 with pre-order going on NOW! Star Wars is scheduled for 2016, and Disney’s Frozen for 2017. This set will be available at the Disney Store, DisneyStore.com and mass retailers nationwide. So stay tuned for more awesome play coming from Disney and Playmation! Be sure to follow Playmation via Twitter, Facebook and YouTube for the latest updates!

What would you child love about the new Disney Playmation?