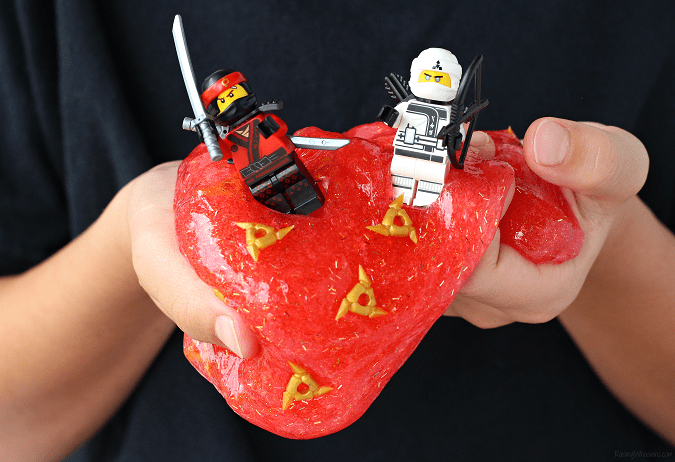 I swear, this kid eats, breathes and lives for LEGO. At 8-years old, my son has been playing with LEGOS as long as I can remember. For fun, he reads and studies LEGO instruction books. The LEGO Movie hit theaters just as he was reaching his addiction prime – completely engrossed in the humor, the laughter, and the complete world that is LEGO. Now with the 3rd movie hitting theaters this September, we’re celebrating The LEGO NINJAGO Movie with this Easy 4-Ingredient LEGO NINJAGO Movie Slime. Because what’s better than playing with LEGO? Playing with LEGO and slime! 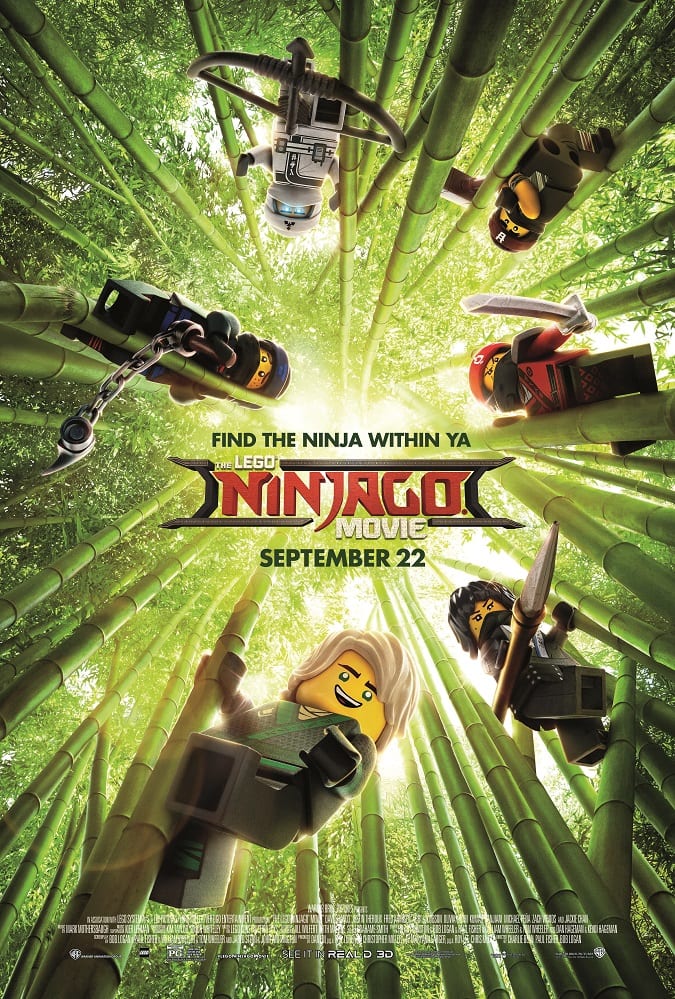 First The LEGO Movie, then the LEGO Batman Movie and now this. Needless to say, I have one very excited LEGO fan in the house! We are anxiously awaiting the newest LEGO movie to arrive in theaters this fall. Check out the latest trailer and the details on The LEGO NINJAGO Movie website, with just as much humor, fun and adventure as your would expect from Warner Bros. Pictures.

In this big-screen NINJAGO adventure, the battle for NINJAGO City calls to action young Master Builder Lloyd, aka the Green Ninja, along with his friends, who are all secret ninja warriors. Led by Master Wu, as wise-cracking as he is wise, they must defeat evil warlord Garmadon, The Worst Guy Ever, who also happens to be Lloyd’s dad. Pitting mech against mech and father against son, the epic showdown will test this fierce but undisciplined team of modern-day ninjas who must learn to check their egos and pull together to unleash their inner power of Spinjitzu. 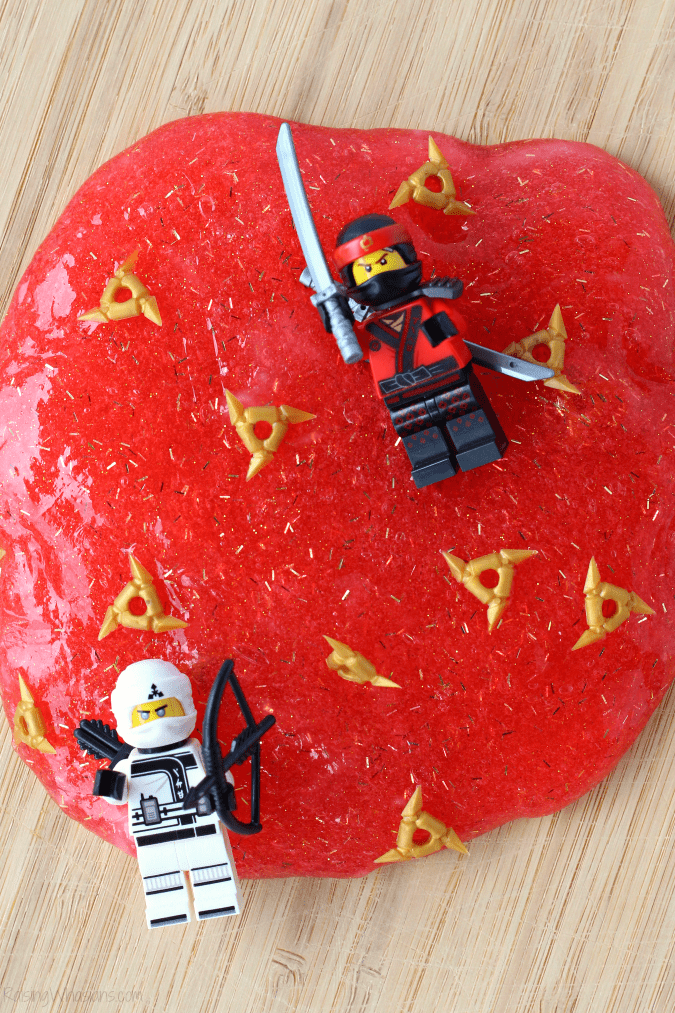 LEGO NINJAGO is definitely one of my son’s most recent obsessions. Ninjas, kitanas, cool fights and Asian culture, we are definitely excited to see this movie on the big screen! To make LEGO playing at home even more fun, we made this Easy LEGO NINJAGO Movie Slime in minutes – with only 4 ingredients! See how to make your own inspired slime and get your kids playing LEGOS in a whole new way! 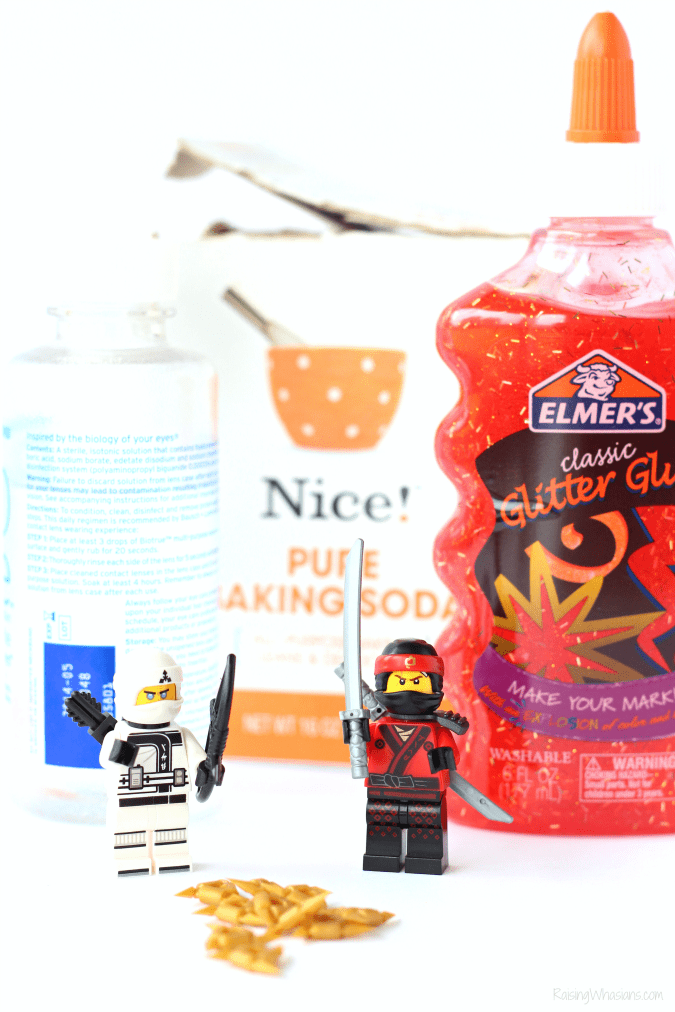 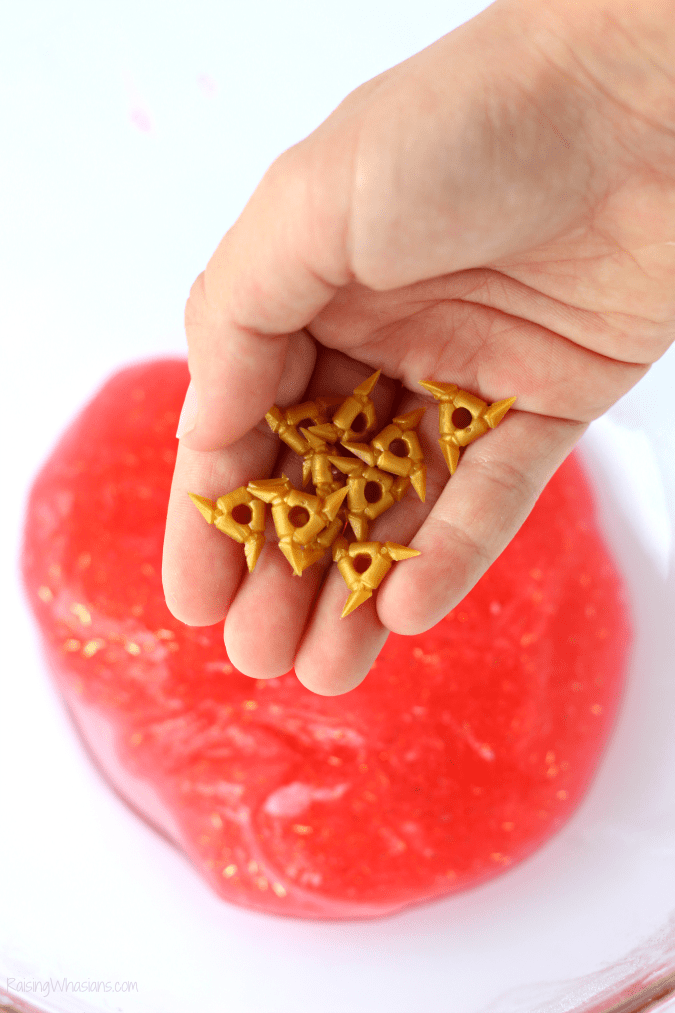 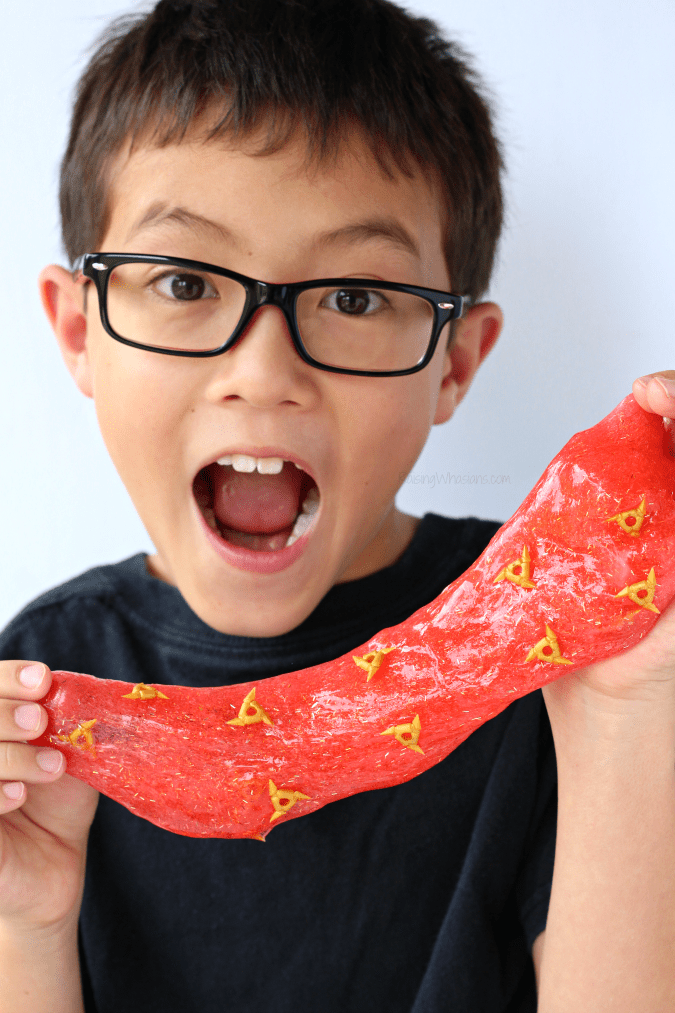 Is your family excited for The LEGO NINJAGO Movie? When would your kids play with this Easy LEGO NINJAGO Slime?