Bring home the fun of Despicable Me 3 Special Edition Release with these Despicable Me 3 Family Movie Night Ideas! The post is in partnership with Universal Pictures Home Entertainment. All movie-loving opinions are my own. May contain commissioned links.

Hip Hip HOORAY! Just in time for the holidays, the #1 animated film of the year is coming home – to your home – very soon! The #1 animated comedy of the year, Despicable Me 3 is the ultimate holiday gift, with almost an entire hour of exclusive bonus features including an all-new mini-movie, Minion moments, and much more! And just announced, Despicable Me 3 Special Edition is available on Digital November 21st, Blu-ray & DVD December 5th. Pre-order now and get a head start on your child’s holiday wish list. 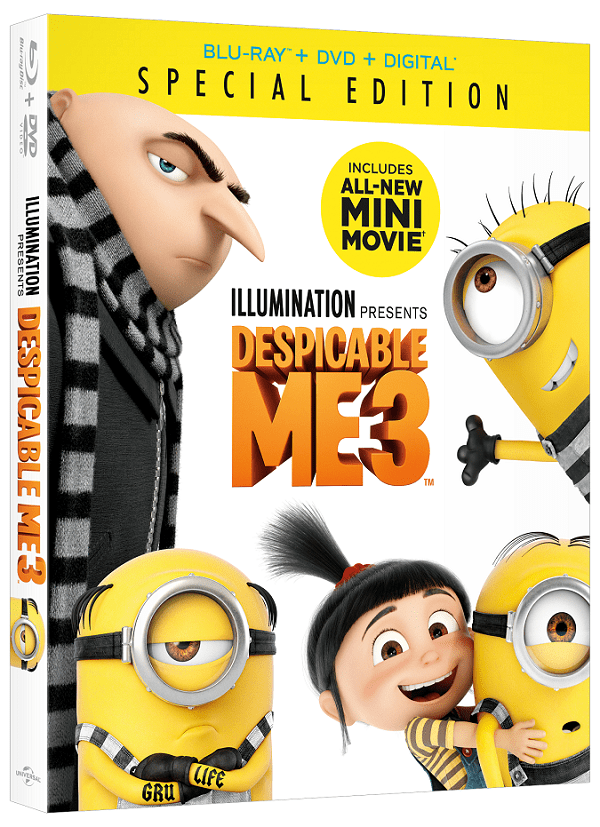 My family has absolutely loved following the adventures Gru, the girls and of course, those adorable minions from the very first movie. We actually call my daughter “Little Agnes” since they act so much alike! Despicable Me is so much a part of our family – bringing together action, humor, love and family values in films that stay with us. Now you can bring the fun of Despicable Me 3 movie home for the holidays with the Despicable Me 3 Special Edition on Digital, Blu-Ray and DVD! Your favorite Despicable Me characters are back and better than ever in the long awaited movie sequel event – and will be available to own in time for holiday gifting (Ahem, stocking stuffers!!)

Illumination, the studio that brought you Sing, The Secret Life of Pets and the Despicable Me franchise, continues the adventures of Gru and his family in Despicable Me 3. After he is fired from the Anti-Villain League for failing to take down Balthazar Bratt, the latest evil mastermind to threaten humanity, Gru finds himself in the midst of a major identity crisis. But when a mysterious stranger shows up to inform Gru that he has a long-lost twin brother — a brother who desperately wishes to follow in his twin’s despicable footsteps — the former super-villain rediscovers just how good it feels to be bad.

Talk about an amazing cast, folks. I mean who can resist a Julie Andrews film, am I right?

Despicable Me 3 Special Edition Features include:

To celebrate the new Despicable Me 3 Special Edition Release, I’ve gathered up some of the best Despicable Me 3 Family Movie Night Ideas so you can start planning the ultimate at-home party! From crafts to party food, kids activities and more, there’s plenty of great “minion” inspiration to be found here! 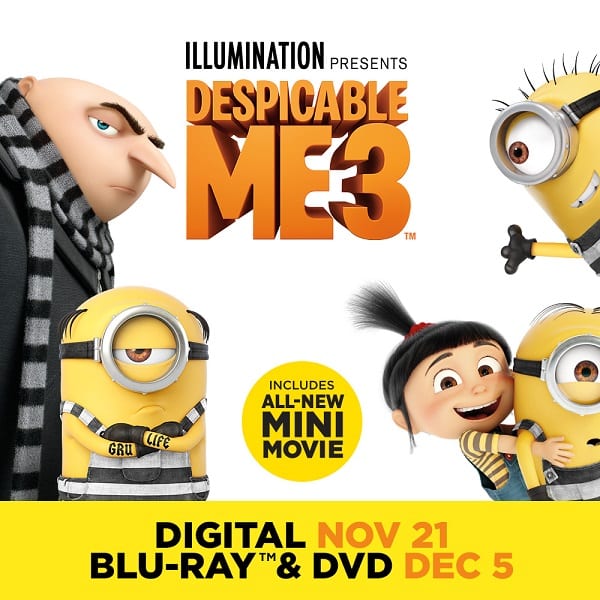 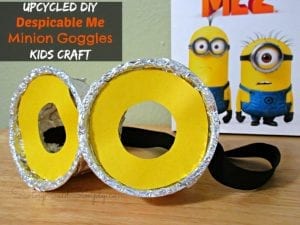 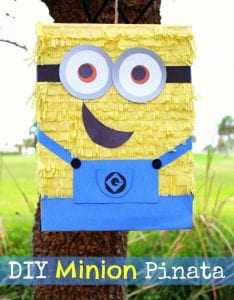