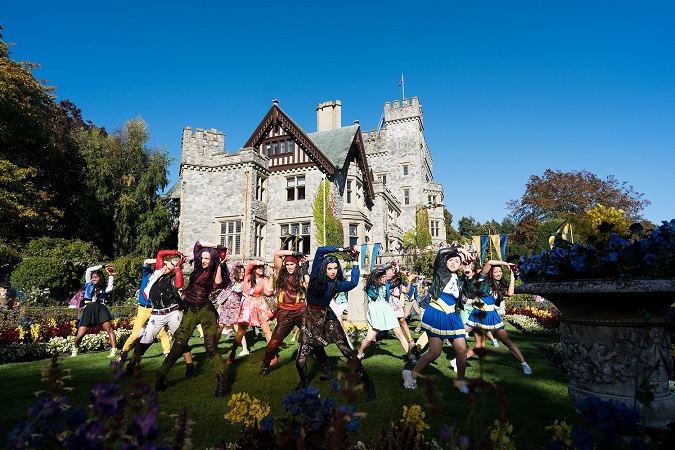 Can’t wait until July 21st? Nope, me either. Just released at the Radio Disney Music Awards tonight, here’s your first look at the official Descendants 2 Trailer. Mal, Evie, Carlos and Jay return in yet ANOTHER amazing Disney Channel Original Movie. And from the exclusive sneak peeks we saw on our latest #GotGVol2Event press trip, this movie promises to be even BETTER than the first – more singing, more dancing, more characters, more amazing costumes, and a heck of a lot wicked fun. You are going to LOVE to hate Uma – she’s flipping amazing! Here’s the movie synopsis:

In “Descendants 2,” the story deepens as the Villain Kids (AKA “VKs”) – Mal, Evie, Carlos and Jay – continue to try to find their place in idyllic Auradon. When the pressure to be royal becomes too much for Mal, she returns to her rotten roots on the Isle of the Lost where her archenemy Uma, the daughter of Ursula, has taken her spot as self-proclaimed queen of the run-down town. Uma, still resentful over not being selected by Ben to go to Auradon Prep with the other Villain Kids, stirs her pirate gang including Captain Hook’s son Harry and Gaston’s son Gil, to break the barrier between the Isle of the Lost and Auradon, and unleash all the villains imprisoned on the Isle, once and for all.

Ways to Be Wicked Music Video

And if you’ve mastered the songs and dances from Descendants 1 (c’mon, I know you have!), now’s your opportunity to get a head start on the first official Descendants 2 Music Video, “Ways to Be Wicked.” What a way to open the new movie!

“Ways to Be Wicked” is the high-energy pop rock anthem performed by our Villain Kids (aka the VKs) – Dove Cameron, Cameron Boyce, Sofia Carson and Booboo Stewart – which opens the movie “Descendants 2.” The song is produced by Sam Hollander and Josh Edmondson who wrote the song with Grant Michaels and Charity Daw. “Ways to Be Wicked” is the FIRST music number released from the movie. 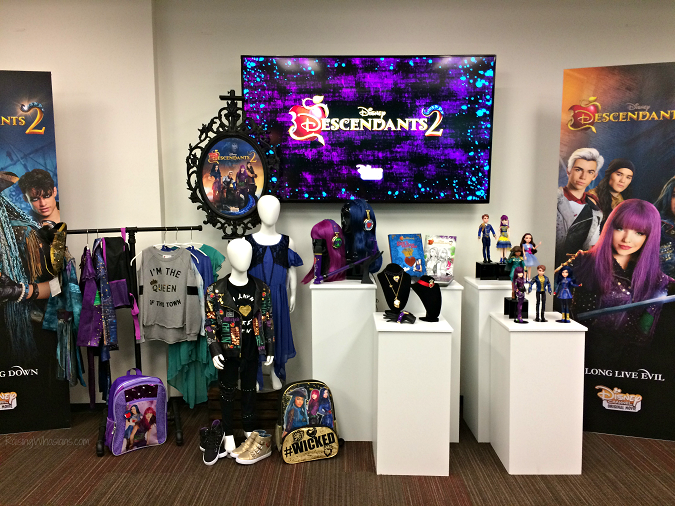 Sneak Peek of the Descendants 2 Merchandise

And can we just stare down the new Descendants 2 merchandise for a bit? From jewelry to headphones, dolls to some of the CUTEST kids clothing ever (there’s a dress I’m DYING to own in adult sizes, y’all) – so much Descendants 2 awesome is coming for your children this summer. 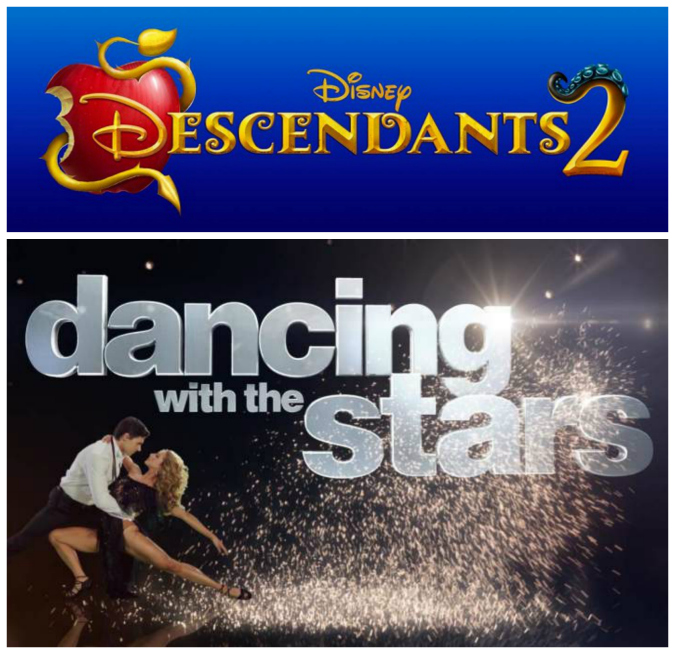 Descendants and Dancing with the Stars come together for one unbelievable night of singing and dancing! Tune in this Monday May 1st, 2017 at 8 pm EST on DWTS, as the stars of Descendants 2 perform a medley featuring “Rotten to the Core” from the first movie and the latest high-energy pop-rock anthem, “Ways to Be Wicked” from their upcoming Disney Channel Original Movie. Can we say mashup dream come true?

Even MORE Descendants 2 to Come!