Taking your family to see the new Rivers of Light show? You need these Best Tips for Seeing Rivers of Light at Disney Animal Kingdom for Families + Video. Post sponsored by Disney. All magical opinions are my own

It’s been a long time coming. The promise of a nighttime show at Animal Kingdom has finally arrived. Walt Disney World’s Rivers of Light Show officially opens tomorrow, February 17, 2017 – but guess who got a sneak peek! Check out the best tips for Seeing Rivers of Light at Disney’s Animal Kingdom for families – best viewing, what to expect for little ones, and even the best place to be with restless kids! Plus, I share a special Easter Egg that only Disney insiders know!

Show times for February are at 7:15 pm. The show will move to a later time with Daylight Savings, eventually into 2 shows before summer hits. FastPass+ will be available for this show as well. So if this is a MUST-see on your family’s Disney to-do list, I highly recommend grabbing a FastPass now.

***Updated: FastPasses are now available for this experience. They go very quickly! I would highly suggest to secure these passes early and/or look to book the morning of or night before for any cancellations. 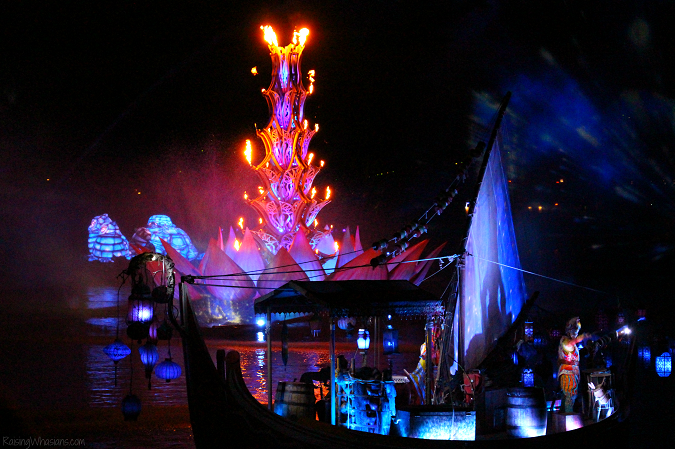 Walt Disney World nighttime shows tend to have very similar feels – they all end with a big bang! Whether you’re enjoying Wishes Fireworks at Magic Kingdom, Star Wars Galactic Spectacular at Hollywood Studios or Illuminations at Epcot, there’s a definite theme running through all of these shows – fireworks, loud noises, and big endings. Each show is amazing in its own right, don’t let me tell you otherwise. But families looking to end their Disney vacation on a much quieter and smoother transition, this is the show for you. A much more subdued nighttime show, Rivers of Light at Disney Animal Kingdom is a perfect way to ease your kids into the thrills of nighttime Disney. Here’s what you can expect to see at this show:

But let me clarify. It’s not fire like at the Star Wars Galactic Spectacular where you feel “the heat” of the raging columns of flames. No, this is a tasteful illumination on the water. The lights, the mist, the music – all much calmer and peaceful, as if Disney is singing you a bedtime lullaby. Winding down from the excitement of the day, I fully expect this show to be a HUGE hit with families. My 4-year old daughter was entranced! More details about the storytelling of the Rivers of Light show can be found on the Disney Parks Blog.

The large 5,000 capacity Discovery River Amphitheater on the water sits like a large “U” shape, with you entering the theater at the bottom middle of the “U.” There are steps and gradual wood bench seating as you move towards the front of the theater, offering guests the best views possible. The best seating in the house is going to be in the middle section (not the sides) for the best views of the Floats. The front left of the middle section I think is the absolutely best section to sit in, because this is where your family can see the floats enter the theater. 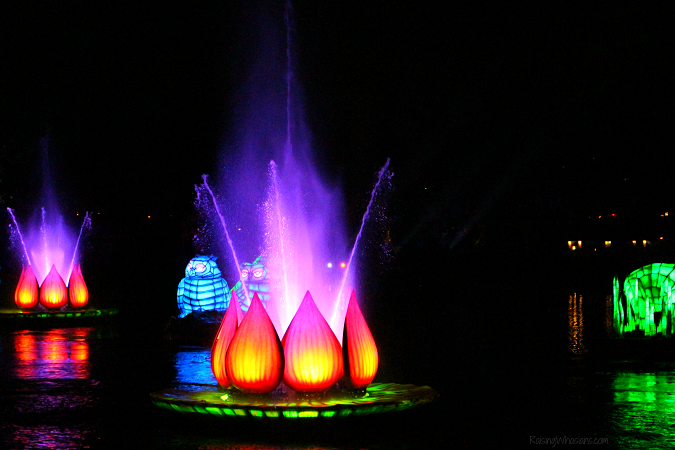 Have Restless Kids? There’s an Area for You

A crying baby? A screaming toddler? A crazy energetic kid? Tantrum in aisle 2? I know all about these children. At the very back of the theater, towards the entrance is a standing-only section. Here, you can still get a great view of the show (since everyone else is sitting) but can allow for walking and soothing kids in the process.

Grab Premium Seating with the Rivers of Light Dining Package

Packages start as low as $39/adult. You are given a voucher for the show at your meal.  You then show your voucher at the show entrance closest to Dinoland U.S.A. about 15-35 minutes prior to show to grab your premium seating area. I highly recommend reservations, which can be made up to 180 days prior to your visit. 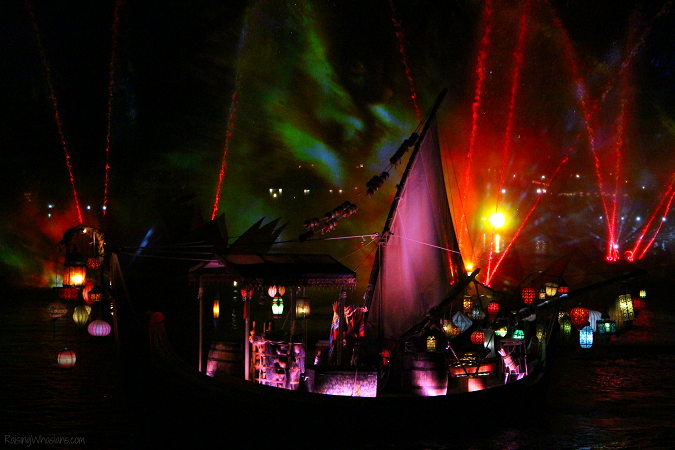 During our Disney Social Media Moms Celebration, the imagineers did spill a little known secret about the new Rivers of Light show. During parts of the show, clips of animals are projected onto the mist. If you look closely at the clips, you’ll notice that ALL clips come from Disneynature films. Be sure to point out your favorite animals with your kids and see if you can guess which Disneynature film they came from!

Want to preview the show for yourself? I was able to take live Facebook video during my Disney Social Media Moms Celebration experience! Here’s a sneak of the new Disney Animal Kingdom Rivers of Light Show. Please note the music had to be removed from the video for copyright purposes. However, you can see the full Facebook live videos with music here: 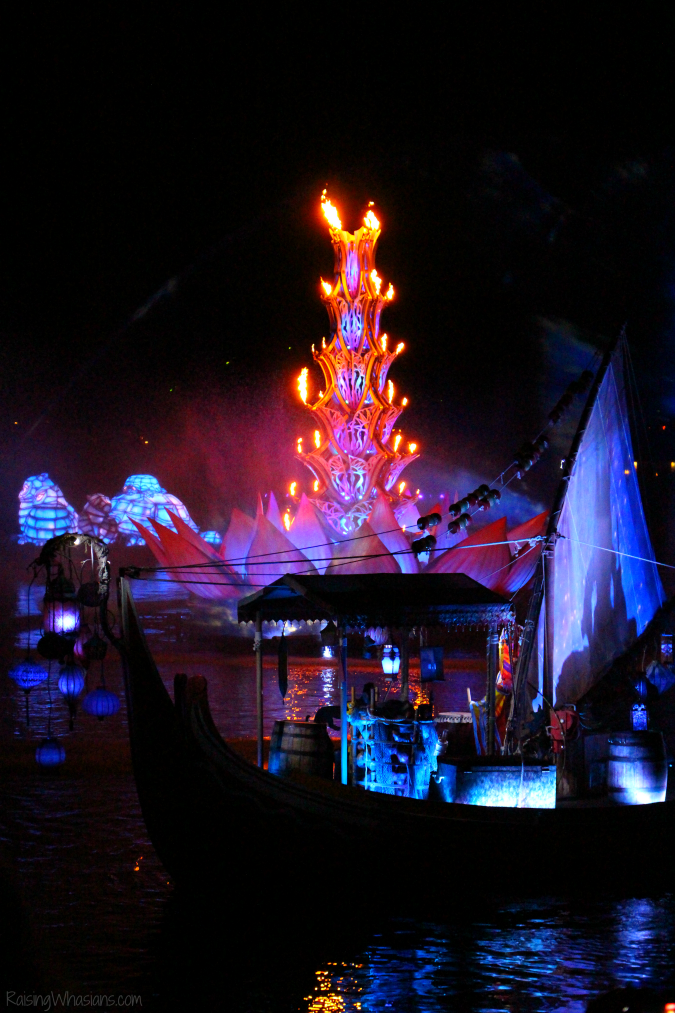 Will you be taking your family to see Rivers of Light at Disney?