From best selling book to hit family film, you can own Wonder The Movie Now on Blu-Ray. This post is sponsored by Lionsgate. All movie-loving opinions are my own. May contain commissioned links. 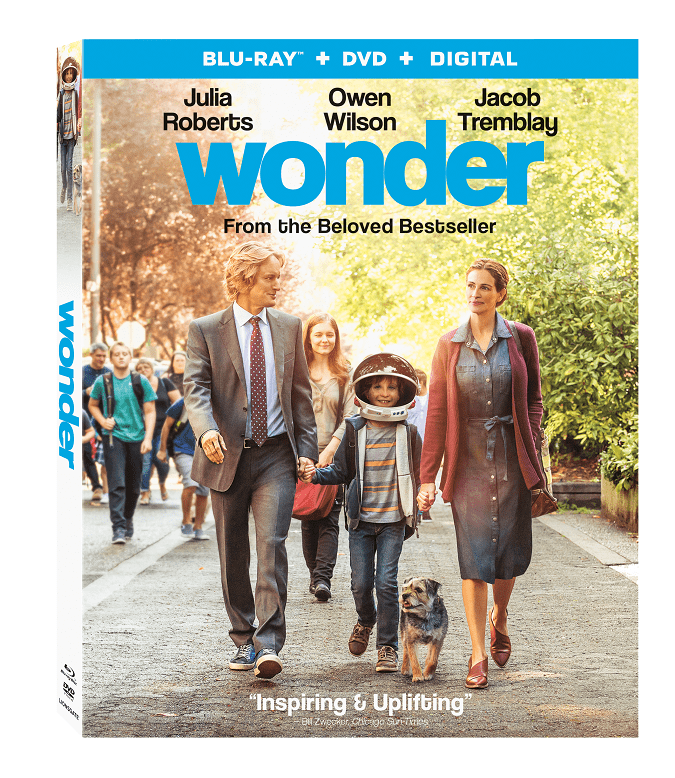 Wonder The Movie Now on Blu-Ray

I think everyone has their arsenal of feel-good movies. You know, the ones you watch when you’ve had a bad day or need a jammies and stay-in-bed day, or just that movie that your soul needs to see again and again. I found another movie to add to my list. I own Wonder The Movie Now on Blu-Ray – and it’s going to be one of my go-to movies when I need a little push to be better. Get details on this heartwarming family film, what exclusive special features you need to see now, and be sure to scroll down for a movie giveaway!

My Wonder The Movie Moment

So you know how it seemed that everyone had seen the Wonder movie last year? I heard a lot of buzz about this movie and all of the ugly tears that went with it – but honestly I didn’t get a chance to watch in theaters. But WOAH. I just watched at home, and thank goodness I did. I had tons of tissues in hand. There were a ton of emotions hitting me wave after wave. It was incredible. Can we talk about how Via’s character clutches right to your soul? But walking away with a mission and a purpose to spread love and kindness like wildfire – that’s the sign of an amazing movie. Wonder changes people for better. And it’s a movie we all can learn something from.

About Wonder The Movie

Wonder follows the inspiring story of the Pullman family, whose youngest child, Auggie, is a boy born with facial differences. When Auggie enters mainstream elementary school for the first time, his extraordinary journey unites his family, his school, and his community, and proves that you can’t blend in when you were born to stand out.

One of my favorite parts about owning a movie that I love is that we get insider info, behind-the-scenes featurettes and more in-depth looks into creating a great film. With the Wonder movie now on Blu-Ray, I have access to over 3 hours of exclusive special features including:

Get your kids excited about the new Wonder the movie on Blu-Ray with these free Wonder printables for kids! Free coloring pages, word searches, writing prompts and more! Click the button above to download and print. 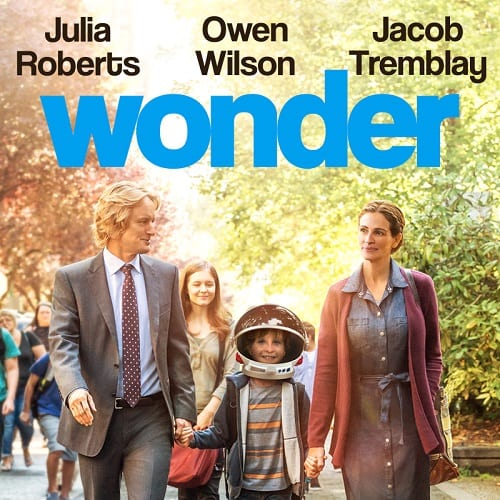 So how about a quick giveaway? 1 lucky reader will win a digital copy of the Wonder movie (with movie code to be mailed to your home). But hurry, this is a quick one! Open to U.S. residents only. Ends 2/16. Here’s how to enter:

a Rafflecopter giveaway
GIVEAWAY NOW OVER. THANKS FOR ENTERING.
Disclosure: This giveaway is sponsored by Lionsgate. Raising Whasians is not responsible for prize fulfillment. One winner will be randomly selected using the Rafflecopter random selector and will be notified via email. Once notified, the winner will have 24 hours to respond or a new winner will be chosen. This giveaway is in no way associated with Facebook, Twitter, Instagram, Pinterest or Google. Void where prohibited. This disclosure is made in accordance with the FTC 10 CFR, Part 255 Guides Concerning the Use of Endorsements. Be sure to follow Raising Whasians via Facebook, Twitter, Instagram, Pinterest and YouTube for more of your favorite giveaways!
45shares