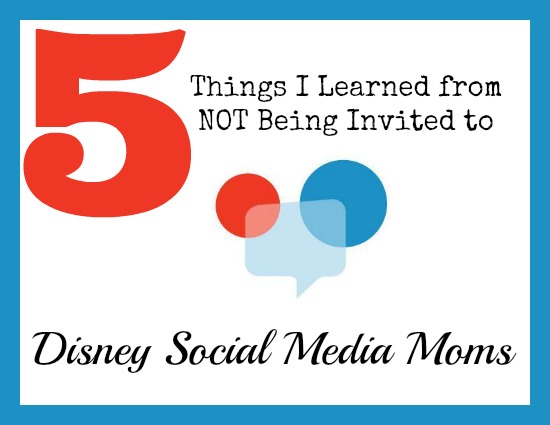 What Not Being Invited to Disney Social Media Moms Means

I was one of those. I probably hit refresh on my email about 200 times. I stalked the #DisneySMMC hashtag on twitter. I intently read every line of the Facebook Group. And after the 201 refresh button was pushed, the realization set in. I was not invited. A new mixture of emotions came over me as I took the weekend to reflect on what this means for me and my blog. Not being invited to Disney Social Media Moms may be the best thing that has happened to me. And here’s 5 reasons why: 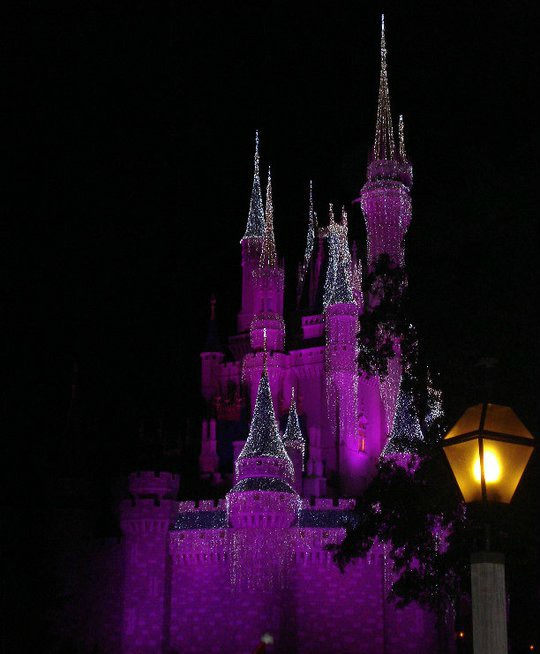 1. Because the world would break if Disney allowed everyone to come

Let’s face it. The Disney fanatical fan-dom is impressively huge. If Disney gave an open invitation to such an event, think of all of the thousands of Disney moms that would attend (and let’s face it, create a blog just to be able to come). The invite would become Disney-ingenuine (yes, that’s my own word). The hype not as special, the magic not as real. The #DisneySMMC hashtag would be worn out, probably breaking the internet. The hotels overrun and the parks in selfie-overload, yes the world of Disney would be utter chaos. Disney has an organization, a thorough team and years of experience with this type of conference. They know what they’re doing.

Reading the #DisneySMMC is a dose of happiness. So much support & ❤️ for fellow bloggers!! Congrats everyone!

Ok, I may get some angry folks with this one, but the reality is that I have seen far too many bloggers that act like we are “still in high school.” The competitiveness, cattiness, greed, and ego all easily get in the way. We passive aggressively take out the blogger “leftovers” feeling on others, making sure the world knows how hurt we are that we weren’t a part of the “IN” crowd. But just for a moment, go search the #DisneySMMC hashtag. Read line after line. You won’t find a word of hate or disrespect. Not a sad emoji or an evil hashtag attachment. While the buzz and excitement from the attendees are real, so are the genuine comments from bloggers that were NOT invited. I found myself filled with love and excitement too, part of the cheer crowd. It’s so hard NOT to smile at those who got the email for the first time, big bloggers and small bloggers alike. Those bringing their families for their first ever Disney World experience. Or how the email came at the perfect time when t hey were questioning their blogging lives. The atmosphere was so grasping, I felt compelled to leave some love for all of my fellow blogging buddies. To be seen and recognized by Disney for your blogging work is like a medal in a race. An ultimate “you are doing a good job” pat on the back. I get that. So to shout the good news in all of social media land and receive love and praise back from bloggers you know and don’t know, it’s the ultimate support group. And nothing but love.

It wouldn’t be human if I buried my disappointment in this post. After last year’s excitement of being invited to the 2014 blessed event, I thought for sure I was on the Disney radar. So when the emails came and went, the shock was inevitable. The second guessing and the nit picking of my blog was underway and I tried to determine where I went wrong from 2014 to 2015. And for a few hidden in the closet moments, I did let a few tears fall. But don’t let those tears or disappointment consume you. You are better and more awesome than that. Because we have #4 on the list. 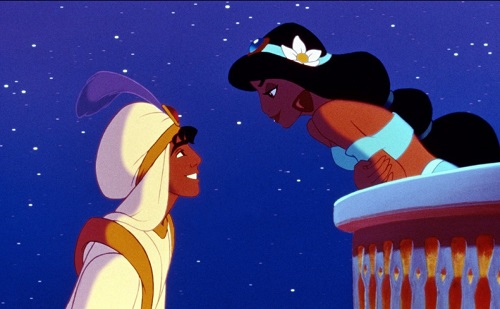 Disney recognizing the best social media moms in the country. It’s truly an honor. And not because they love Disney (though c’mon, who doesn’t?), but because the words they write, the people they inspire, the mark they leave on the world is palpable. I only hope to aspire to be as amazing. So there really is not motivation like Disney Social Media Moms motivation. It only makes me want to strive harder to improve my voice, my reach and my determination to be the best mom blogger I can be. To blog for ME and be absolutely unique, in the hopes that someone will see and recognize my blog as a diamond in the rough too (Thanks, Aladdin). So while it may be back to the drawing board for 2015, I’m am feeling more determined to be at the top of the invite list for next year. To be recognized by Disney as a force to be reckoned with in the social media world, I am typing with more fervor.

I’ve never felt so many emotions at once. Joy, humility and sadness that I cannot attend. #DisneySMMoms you made me smile! I’m hoping for next year! #feelinghumble #disneyloved A photo posted by Christie (@savingsaidsimply) on Mar 12, 2014 at 8:06am PDT

Hope is an amazing emotion, even in the midst of the excitement such as Disney Social Media Moms. Inevitably, not everyone will be able to come. There will be a Group “B” set of emails sent out, maybe even a Group “C.” And the feeling is just as magical. And if you do not receive one of those emails for 2015, there’s even hope still. Disney SMMC On the Road Events occur throughout the year. So if you haven’t signed up for the Disney SMMC On The Road events, do that now. Right now. I’ll wait. So pixie dust may come your way even still. And if through all of other amazing Disney SMMC events are still not in your forecast,  there’s hope for 2016. And 2017. And infinity and beyond. The point is to always hang on to your Disney hope.

So what does NOT being invited to Disney Social Media Moms REALLY mean?

Well, nothing really. You’re still an amazing blogger whether you get the golden ticket or not. Do not let this moment define you, or your blog or your passion. Do not let the dark cloud circle above your head until next year. Instead, join in the celebration and excitement and pure Disney joy for everyone that received a really special email. It’s fun just to search the hashtag and get a daily dose of “happy.” Focus on being the best social media mom out there, whether you have that “Disney” word attachment or not. I won’t let these few days in my life define my lifetime. But to hold onto that Disney dream…that’s something worth blogging about. We are all going to be ok.

Maybe 2016 will be our #DisneySMMC year. Are you still hoping?