“You have powers! Yeah, baby!” What are Jack-Jack’s Powers in Incredibles 2? Let’s explain all 17 that we know of with a little help from the Pixar animators. This post is sponsored by Pixar. All incredible opinions are my own.

What Are Jack-Jack’s Powers in Incredibles 2? All “17” Explained

Think parenting is hard? Try to parent a super baby. The baby has always been the “unknown, the x factor” of any family, which is why naturally Brad Bird made Jack-Jack a focus character of the Incredibles films. Incredibles 2 (which if you haven’t had a chance to read my movie review yet, it answers the question “Is Incredibles 2 safe for kids?”) is the first time that the Parr family figures out that Jack-Jack has powers and of course, panic, chaos and hilarity ensue. Arguably the most powerful of the Parr family, Jack-Jack steals the show with his impressive display of powers throughout the film. And according to Bob Parr, there’s 17 that we know of…well, so far. So that got me thinking. What are Jack-Jack’s powers in Incredibles 2? Can we nail down all 17? In short the answer is yes, yes we can.

Become fire (aka a human torch) – Notice something different about Jack-Jack? More screen time meant designing a whole new look for Jack-Jack in Incredibles 2. Art director Ralph Eggleston made it clear, “Jack-Jack is the source of the fire. He’s not on fire. There’ll be no smoke and no embers coming off of Jack-Jack.” Many different tests were performed to make sure that he still looked cute, was the source of the fire, and avoided that “devil baby” while pushing the limits of fire animation technology. The final fire look included multiple layers of animation, color and design for the perfect Jack-Jack.

Shoot lasers from his eyes – According to Pixar animators, with Jack-Jack’s core being so hot (see above for the fire reference), shooting laser beams from his eyes had to be the next logical power. I mean, really.

Turn into goo – Yes, Jack-Jack becomes a gross sticky, gummy form. This was actually a desired super power for the original film, but wasn’t added due to limitations in the technology at the time. The animators admit this was the most challenging power to bring to life.

Multiply – Now imagine a super baby x 5. Jack-Jack can form multiples of himself, which honestly is kind of scary. Super powers x 17 + baby x 5, you do the math.

Teleport – Could you imagine if your baby could disappear and reappear? Yup, insanity! Jack-Jack’s powers include teleportation, which is definitely to Bob and Helen’s disadvantage. Nom-nom cookies!

Travel through different dimensions – Thought teleportation is cool? That’s just one dimension. In Incredibles 2, Jack-Jack also traveled through multiple dimensions, notably found in the “4th dimension” during the movie. Thankfully for the Parrs, you can still hear him through a floating echo voice when he dimension travels. 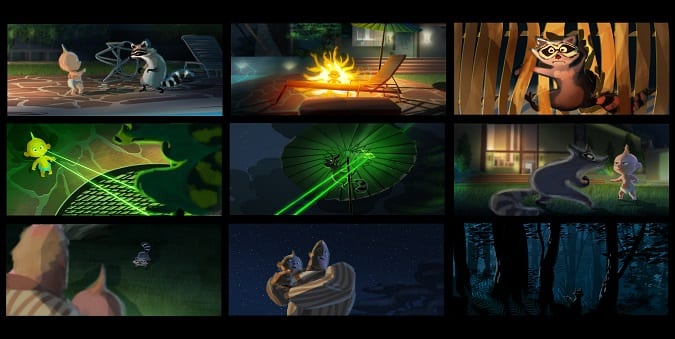 Superhuman strength – Chewing through wooden bars, check. Lifting lawn furniture, double check. No doubts about Jack-Jack’s powers to also include a boost of strength as well. I mean, he is a super.

Shapeshifting – I won’t give away the movie spoiler, but Jack-Jack definitely shapeshifts his head into a character you know and love. WHOA.

Produce lightning – Storm, eat your heart out. Jack-Jack can produce his own electricity. Maybe consider wearing rubber boots around him. Just saying.

Defy gravity – Crawling on walls is not only Spider-Man’s department. This baby defies the laws of physics.

Levitate – up, up he goes! Not exactly flying yet, but he doesn’t have his license yet anyway.

Morph into a devil monster, literally – Creepy baby just reached level 11 with one of the strangest of Jack-Jack’s powers.

Become heavy metal – No, not the music. Remember that awesome scene when Syndrome tries to kidnap him? Thank goodness for lead weight. Unfortunately, this power was cut from the sequel.

Vibration – It’s hard to keep hands on a baby that shakes from the inside, don’t you think? 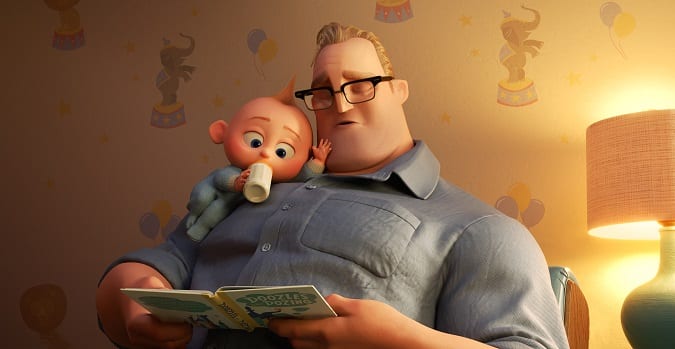 Jack-Jack normal? Not in the slightest. And I wouldn’t have it any other way. So the next time you’re struggling with a baby late at night, sleep deprived, frustrated and overwhelmed, remember the Parr family and the adorable Jack-Jack. At least your baby doesn’t have 17 super powers.

It’s been fun discussing some of the many x factors that make up the most adorable member of The Incredibles team. And for some reason, I now have a craving for “nom nom cookies.” 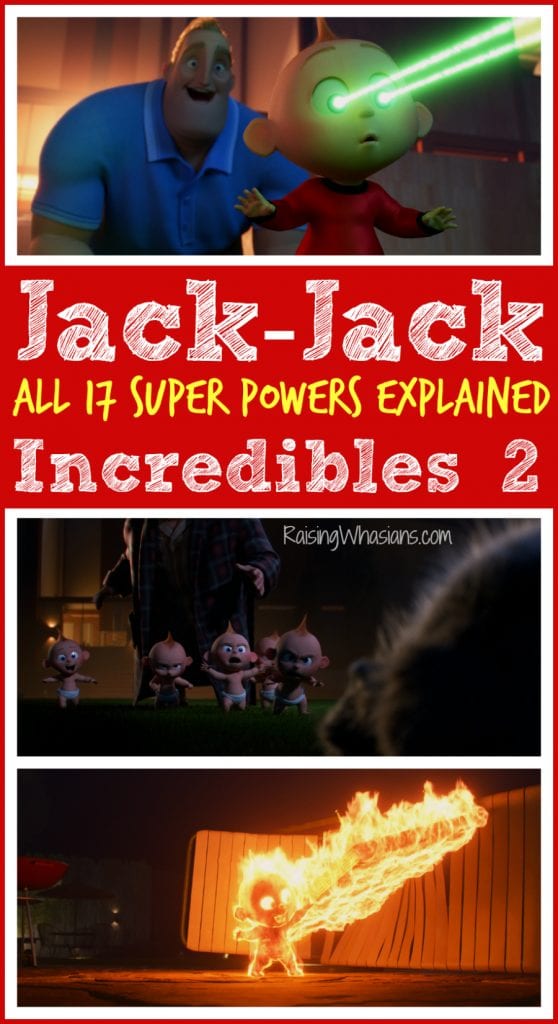