I had no idea that visiting Pixar & behind-the-scenes of Incredibles 2 was going to be this INCREDIBLE. Find out why Learning About The Incredibles 2 Costumes Changed My Life. This post is sponsored by Pixar. All incredible movie-loving opinions are my own. May contain commissioned links.

Edna Mode is Whasian? Learning About The Incredibles 2 Costumes Changed My Life

I sat down to the Incredibles 2 Costumes session expecting to be amazed: impeccable presentation, stunning images, creative and astonishing animation, inspiring people. But what I didn’t know is that one little line in that session changed my life. We sat down with Pixar designers and animators Deanna Marsigliese, Bryn Imagire, & Fran Kalal in this exclusive Incredibles 2 “look” (get the pun?).

Go behind-the-scenes in the making of the Incredibles 2 Costumes and find out why this may be my most important Disney Pixar film coverage – ever. 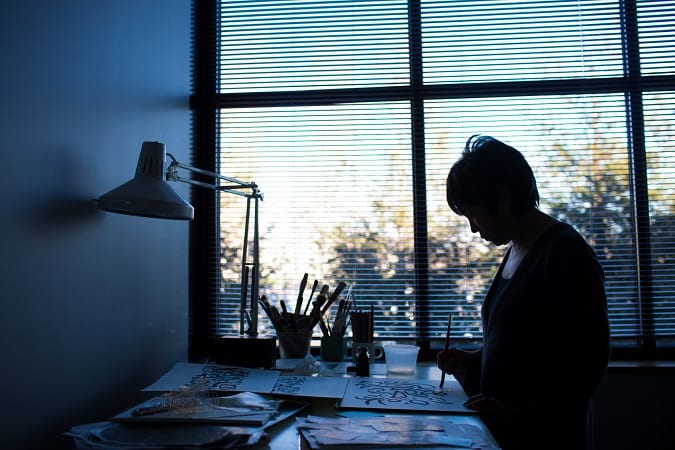 I had no idea what went into creating costumes for an animated film. And with The Incredibles movie as the blueprint for costuming already, I figured the team had it easy. Nope. As usual, Christie was wrong – very wrong. Designing Incredibles 2 Costumes is 1000% more involved and in depth than I could have ever imagined. And only Pixar could make this hard work “look” so easy.

My mind was already racing with the amount of fashion research, creativity and design went into just costuming an entire Incredibles world. And then we get into the animation part of the Incredibles 2 costumes, aka bring on the challenges. “Our costume designers, tailors, shading artists and shot simulation artists have to start from scratch on every film to create costumes that fit characters that can break the laws of physics, that can change their shape in milliseconds, and they also have to fit into their uniquely designed worlds,” said Fran Kalal. Ready for this costuming process?

Technology has advanced quite a bit since The Incredibles movie came out over 13 years ago. “Everything is easier to do now,” said Bryn Imagire. The costume design team is pretty proud of how different the look of the movie is going to be for fans. So how have the Incredibles 2 costumes changed over 13 years?

Edna Mode is Whasian – WHAT?!

Mind blown. I don’t know why I didn’t know this fact already, but as we were sitting in the Incredibles 2 Costumes session and listening about Edna Mode’s wardrobe, one little line instantly took hold of me.

“E is German and Japanese.” Wait, what?! Edna Mode, my favorite Pixar character of all time is biracial, multicultural, and Whasian. I about keeled over at the table.

As the Incredibles 2 Costume team described her full Japanese styled wardrobe (Her silk kimono loungewear and origami dress are to DIE for, y’all. I’m already planning my Halloween costume now.) and her amazing super hero inspired fashion line called “Mode,” I saw Edna in such a new light. Not only is she bold, dramatic, heroic, and iconic – but now I have such a deeper connection with Edna the Whasian. 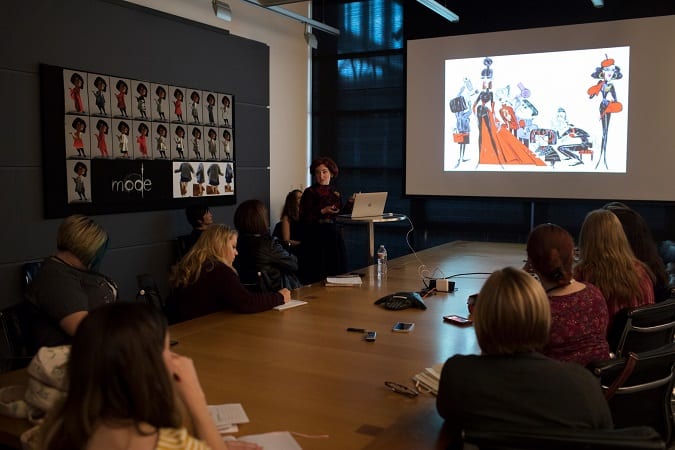 By the time we got up and left the session – my mind was still soaking in this important piece of info. And as I surveyed the group to see if this was common knowledge before the session (thankfully everyone agreed that they did NOT know this info), I left the Incredibles 2 Costumes session with a new sense of pride and admiration for Edna E. Mode. My favorite Pixar character is now 100% more my favorite Pixar character. I couldn’t wait to tell the world, including two kids who will definitely be looking for Edna in Incredibles 2. 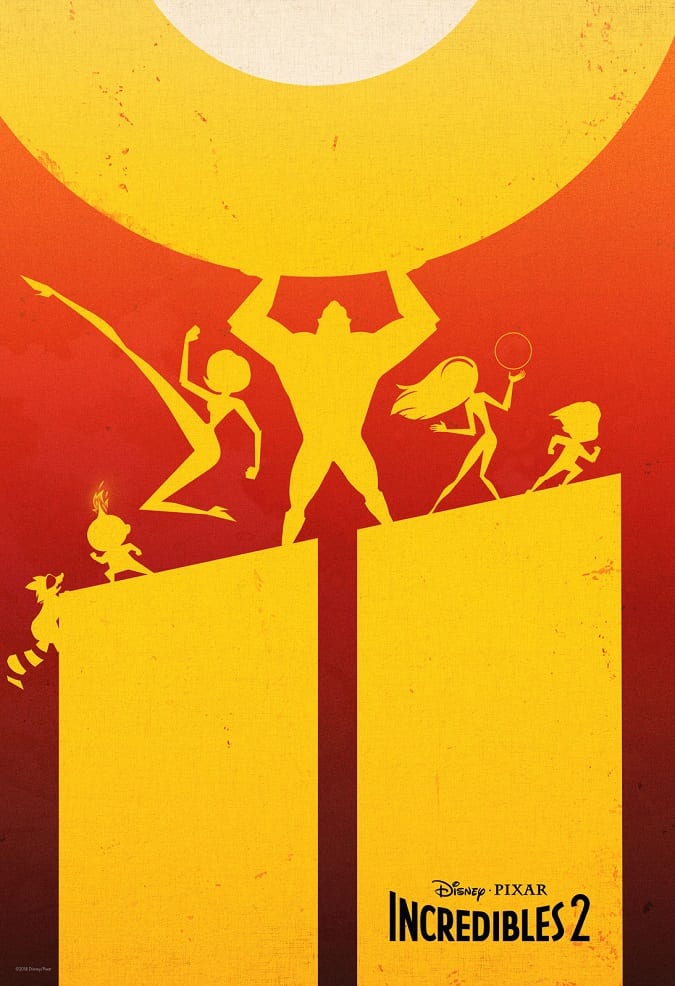 Already one of the most anticipated family films this summer, now is the time to get your advanced tickets for Incredibles 2, in theaters June 15th. When you purchase your Incredibles 2 Advanced Tickets from Fandango, you can choose one of two free movie posters while supplies last. I love the one above, don’t you? The other poster option is below the trailer.

Have a new love and appreciation for the Incredibles 2 costumes? Me too! Get a closer look at the changes and upgrades to the iconic costuming in the latest Incredibles 2 trailer! 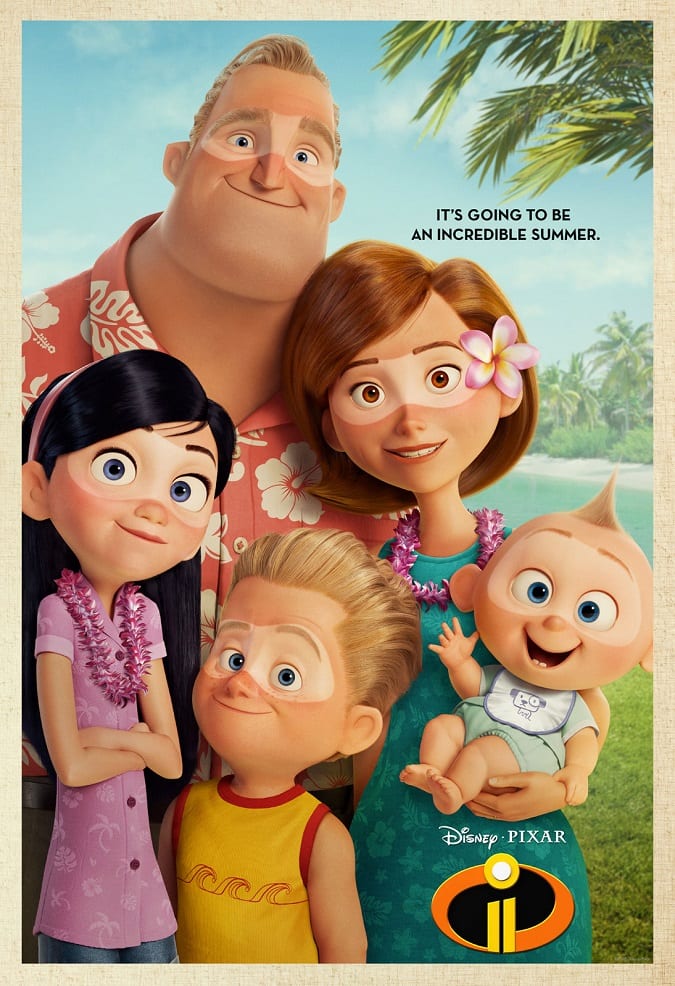 Did you know that Edna Mode is biracial? 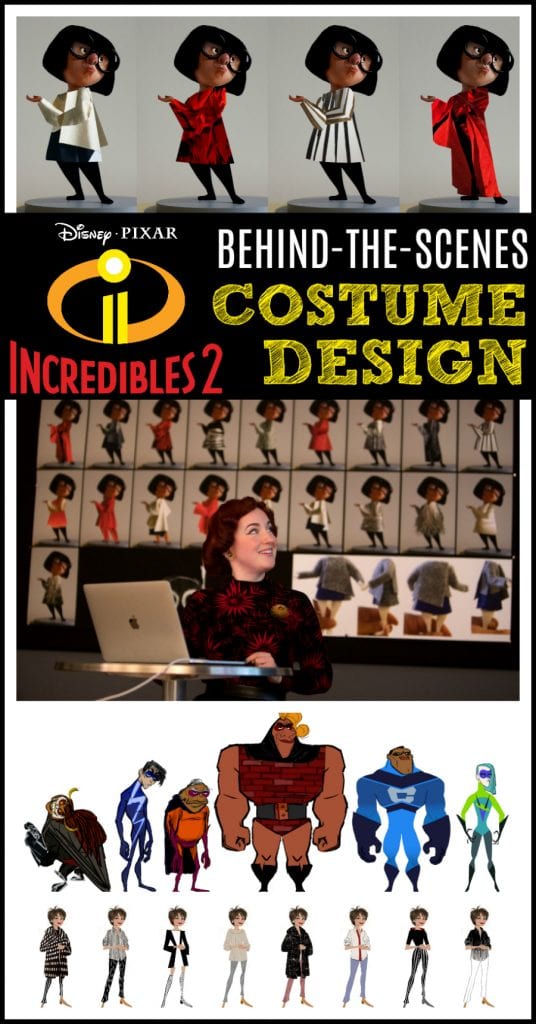