Disney Into The Woods Movie Review | Safe For Kids? #IntoTheWoods. Post sponsored by Disney. All magical opinions are my own 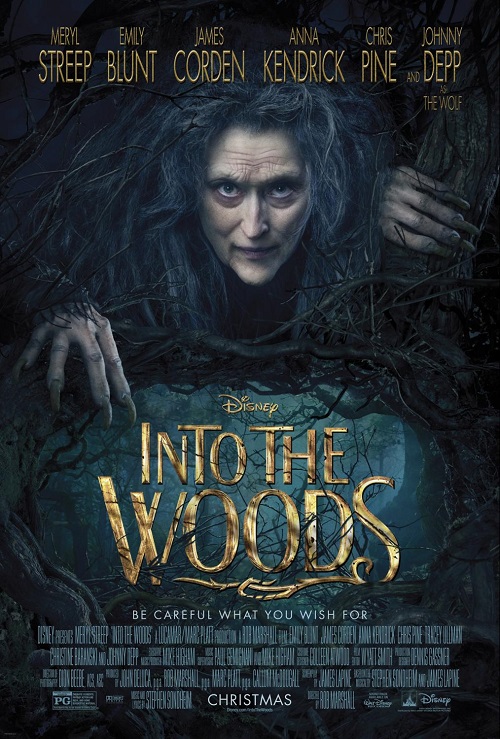 Disney Into The Woods Movie Review | Safe For Kids? #IntoTheWoods

The long awaited Christmas movie of the year is here. Disney’s Into the Woods has hit theaters this Christmas, much to the delight of movie lovers and musical lovers everywhere. Nominated for 3 Golden Globes, including Best Picture, Best Actress and Best Supporting Actress, there’s no wonder that there’s such a huge buzz around this new classic tale. But of course with dark undertones and a PG rating, that could mean anything for your little ones. So as a parent, is Disney’s Into the Woods safe for kids?

“Into the Woods” is a modern twist on several of the beloved Brothers Grimm fairy tales, intertwining the plots of a few choice stories and exploring the consequences of the characters’ wishes and quests. This humorous and heartfelt musical follows the classic tales of Cinderella (Anna Kendrick), Little Red Riding Hood (Lilla Crawford), Jack and the Beanstalk (Daniel Huttlestone), and Rapunzel (MacKenzie Mauzy)—all tied together by an original story involving a baker and his wife (James Corden & Emily Blunt), their wish to begin a family and their interaction with the witch (Meryl Streep) who has put a curse on them.

If you are unfamiliar with the story, Into the Woods has been a highly acclaimed musical that has been around for many years. I have very fond memories of watching the stage version of this show, sitting in the room of my middle school chorus class. Filled with catchy tunes (if you haven’t heard the title theme song, where have you been?), humorous innuendo, and of course an all star cast (hello, Meryl Streep and  yummy Chris Pine), this movie will definitely have you grinning from ear to ear til the end.

It has been many years since my last watching of this movie, but memories certainly flooded my mind as the movie played. “Agony” still remains my favorite tune of the movie. The Chris Pine version is definitely a winner, especially with him looking dashing, witty and all while singing. Anna Kendrick’s take on Cinderella was endearing, and her voice was just simply amazing. Meryl Streep was my surprise factor of the movie. Following other musical movies that she’s done in the past, I wasn’t expecting the caliber of singing to be as on par. But she was excellent and certainly worthy of her Best Supporting Actress nomination. The two winning performances would have to go the Baker and Baker’s Wife, a witty pair that was fun to follow. Johnny Depp’s cameo was fitting for his clever yet dark role as the Wolf. And the movie stayed mostly true to the stage original. I saw where the plot had to altered slightly to fit the “Disney” theme.

As far as that PG rating, I would take this into consideration before bringing your kids to see this movie. There’s undertones of cheating, adult humor innuendo (that may or may not go over your child’s head), and implied death that may have kids wondering what happened to the characters. And if your child is DEFINITELY not a musical lover, I think they would be bored. As much as I personally loved this movie, this is not one for my action-packed, fast-paced 6 year old son. And certainly no way my 2 year old would sit still longer than 10 minutes.

But will I see it again? Absolutely! Perhaps it’s a mix of childhood nostalgia, reliving my chorus days, and just a fun twist on fairy tales that has me intrigued. Wonderfully cast, beautiful scenes, detailed costumes, breathtaking singing, and a sprinkle of Disney magic, I loved watching Disney’s Into the Woods. So relax, take in some fun, humor and adventure with your favorite fairy tale characters as we go skipping Into The Woods.

Disney INTO THE WOODS now in theaters everywhere! Rated PG.