Ready for a summer of play? Grab your best Disney Princess Toys for Summer from Hasbro! This post is sponsored by Hasbro. All playtime opinions are my own

Summer is for princesses! With summer almost here and birthday parties galore around the bend, now is the perfect time to stock up on the Best Disney Princess Toys from Hasbro! My daughter is such a fan of Disney princesses – and I know she and her friends would LOVE playing with any of these amazing toys! With toys for every budget (starting as low as $7.99) and every princess lover (from Moana to Elena), Hasbro knows how to bring the princess fun to your child’s imaginative play! Check out the latest Hasbro Disney Princess Toys and be sure to scroll down for a fun GIVEAWAY! 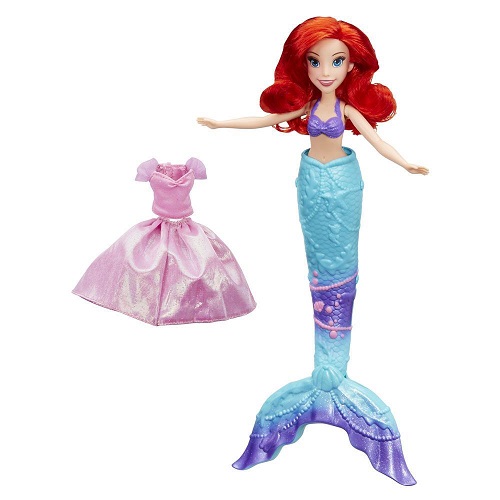 Kids will love to imagine magical moments with the DISNEY PRINCESS SPLASH SURPRISE ARIEL Doll. ARIEL is ready to transform from a mermaid to a human and explore the land above the sea! Place ARIEL in the water and watch as her fin fills up with water. When she’s ready to explore the land, lift her out of the water and watch as her fin opens to reveal her legs! Dreamers will have oceans of fun playing with ARIEL both in and above the water. DISNEY PRINCESS SPLASH SURPRISE ARIEL DOLL comes with ARIEL doll, plastic fin, skirt and top. Available at most major retailers and on HasbroToyShop.com. 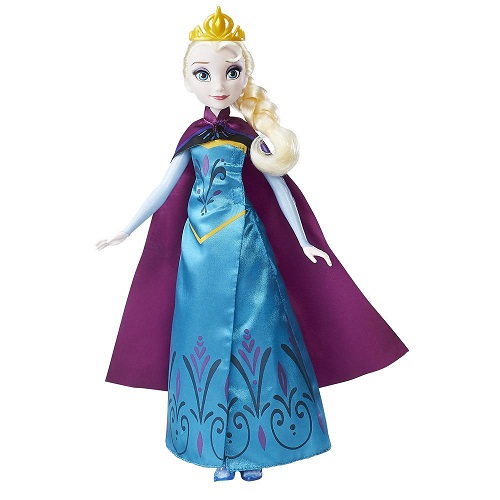 Experience the enchanting moment in DISNEY FROZEN where ELSA transforms into her snow queen outfit with the DISNEY FROZEN ROYAL REVEAL ELSA Doll. With a simple twist of ELSA’S dress, kids can quickly switch ELSA from her coronation dress into her sparkling snow queen ensemble for the ultimate storytelling play. The ROYAL REVEAL ELSA doll comes with a removable cape, tiara, and two pairs of shoes. Available at most major retailers and on HasbroToyShop.com. 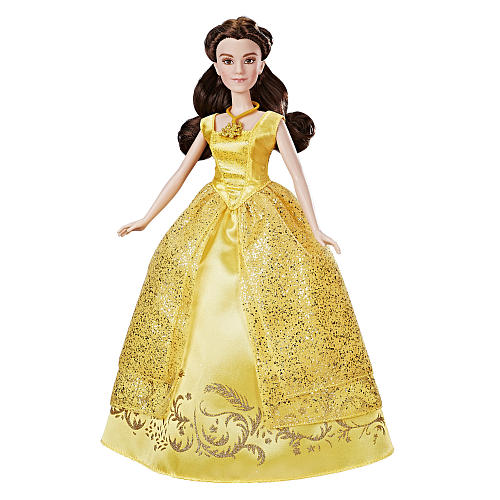 Enjoy the enchanting moments with the DISNEY BEAUTY AND THE BEAST ENCHANTING MELODIES BELLE doll. Dressed in her movie inspired iconic gold ball gown, the BELLE doll sings the “Something There” song from Disney’s live-action movie Beauty and the Beast. With one press of BELLE’S stomach, she will sing of her budding love for the BEAST in this classic song. Kids will love playing out moments from the movie or imagining their own fairytales with this doll. The ENCHANTING MELODIES BELLE doll includes BELLE doll in her movie-inspired golden gown and a removable pair of shoes. Requires three A76 batteries, included. Available at most major retailers and on HasbroToyShop.com. 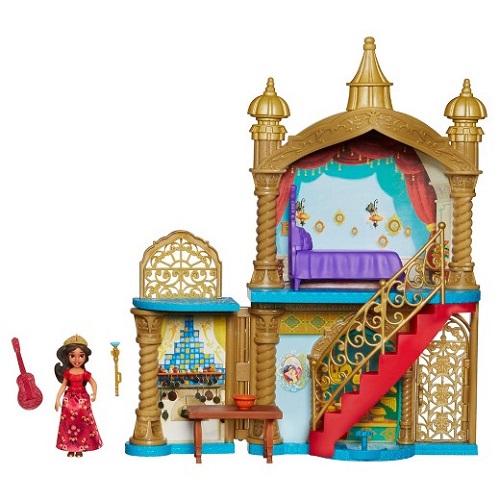 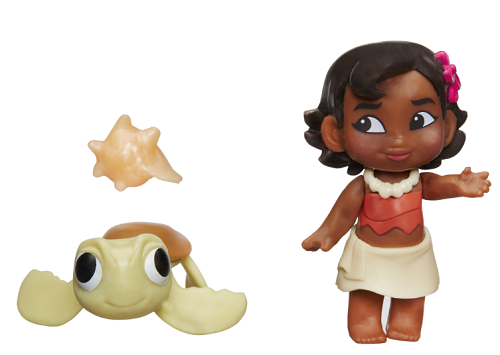 Get ready to set sail across the ocean with this adventure-seeking team of friends in the DISNEY MOANA SMALL DOLL Assortment! Kids can imagine MOANA as a toddler while acting out a variety of scenes from the Walt Disney Animation Studios movie, MOANA OF OCEANIA. Choose from two sets of friends: MOANA with a turtle friend or MOANA with her pig friend, PUA. Each assortment sold separately. Available at most major toy retailers nationwide and on HasbroToyShop.com. 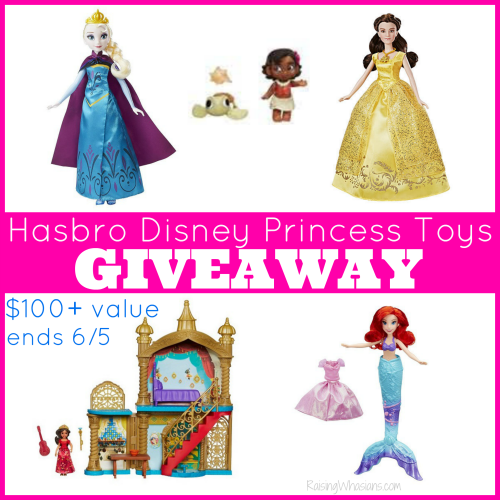 GIVEAWAY NOW OVER. THANKS TO EVERYONE WHO ENTERED 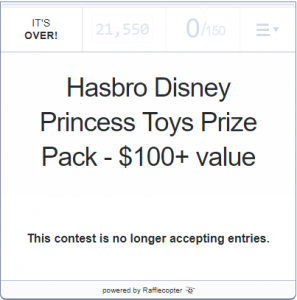 This giveaway is sponsored by Hasbro. The odds of winning are based on the number of entries received. No Purchase Necessary to enter. Open to U.S. residents 18+ only. Confirmed Winner(s) (selected by Random.org) will be contacted by email. Winner(s) have 24 hours to respond before a new winner is chosen. No purchase necessary. Void where prohibited by law. The sponsor(s) will be responsible for product shipment to winner(s) of this giveaway. Raising Whasians is not responsible for product shipment, delivery, or fulfillment. This event is in no way administered, sponsored, endorsed by, or associated with Facebook, Twitter, Google+, Instagram, Pinterest, or any other social media sites. Winner may not have received a prize from another participating blog/website. This disclosure is made in accordance with the FTC 10 CFR, Part 255 Guides Concerning the Use of Endorsements. Be sure to follow Raising Whasians via Facebook, Twitter, Instagram, Pinterest and YouTube for more of your favorite giveaways!