Should your kids see the newest Disney live action film? Check out this A Wrinkle in Time Movie Review | Safe for Kids?, an honest parent review of the latest Disney release. No spoilers! #WrinkleinTime. May contain commissioned links. 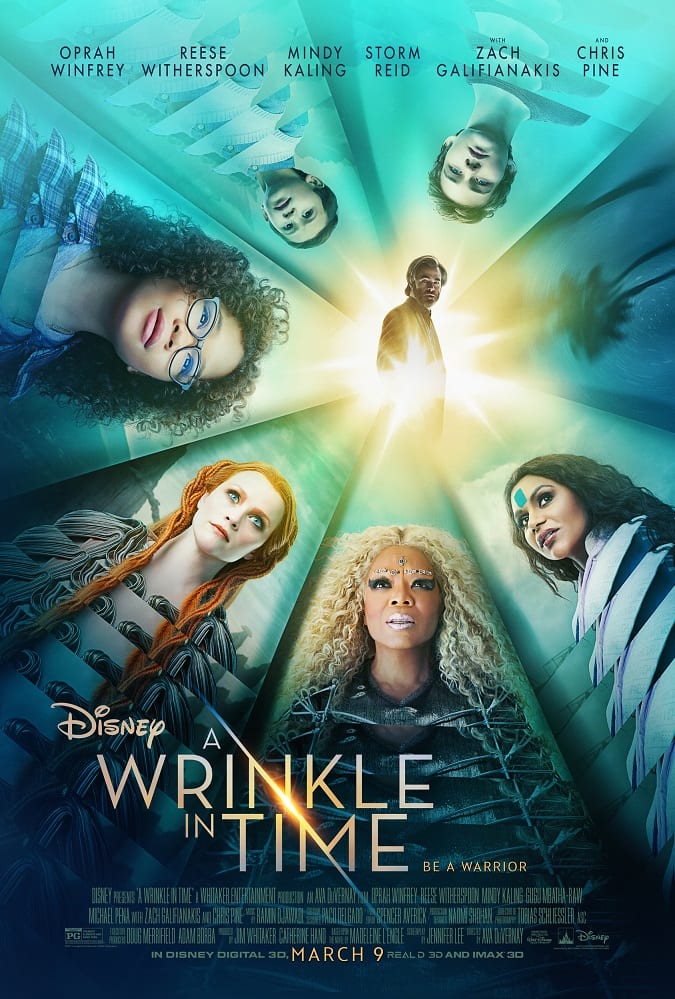 A Wrinkle in Time Movie Review | Safe for Kids?

There’s been a long lapse between the 1962 published children’s book and the 2018 live-action A Wrinkle in Time film. Was the 56 year span worth the wait? In this A Wrinkle in Time Movie Review | Safe for Kids?, we’re diving into the visuals, the story, and ultimately if that PG rating means that it’s safe for your little ones to see. Full breakdown, no spoilers and lots pointers from this parent review of the film. 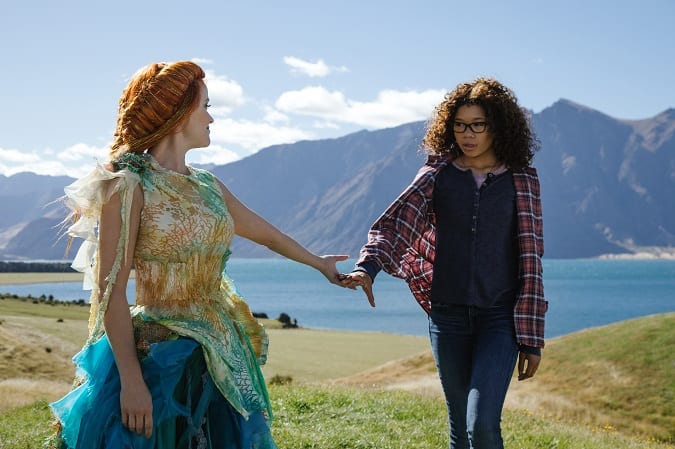 Universes, creatures and “The It” – oh my. In this sci-fi meets fantasy film, it becomes a feast for the eyes. From the beautiful celestial costuming to the creation of a whole universe itself, I appreciated that A Wrinkle in Time was beyond what my imagination could visualize. The colors, the light, the dark, even the concept of traveling through time was beautifully captured in this heavily CGI visual film. I did not preview this one in 3D – but I don’t think you need glasses to appreciate the visuals. They were amazing. 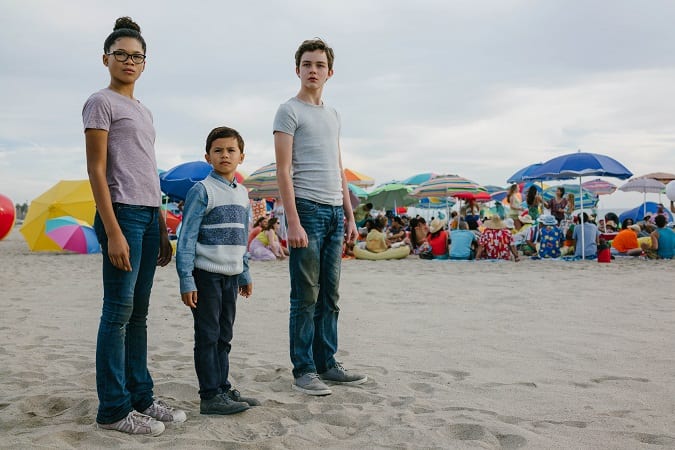 Confession, I had never read A Wrinkle in Time. I admit that my school English upbringing was poor at best (even though I was an avid reader), so I was sad to find out that I had no memory of this book at all. Maybe a blessing or maybe a curse, I found that I could sit back and just enjoy the film for what it was, without the emotional childhood connection to the book. So not knowing the plot at all, I jumped into the movie only mildly lost. Disney did a good job getting everyone up to speed – even glossing over some interesting lessons in science, physics and time continuum.

Ok, so maybe I had seizure in the beginning of the film, but there seemed to one plot point I couldn’t figure out. Where the heck did Calvin come from? We follow Meg Murray’s back story through school – bullying, anger management issues, missing father – all of that I could follow. But then randomly this third leading kid comes waltzing onto the team. No intro, nothing. I hope Calvin gets a better intro in the book, my friends, because that one story point had me beyond confused. 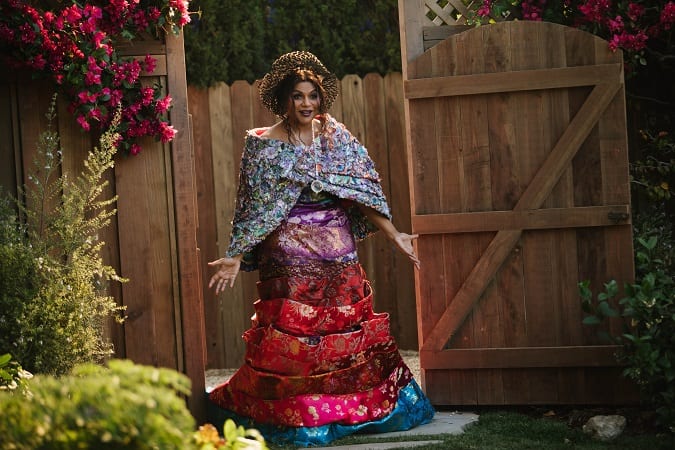 After that, everything else was pretty predictable, as I would expect of a classic childhood book to movie adaptation. In what I am labeling as a “kiddie Dr. Strange” kind of movie, we go through time and run into radical worlds, interesting creatures and saving the universe. Mrs. Which, Mrs. Whatsit and Mrs. Who were certainly very entertaining – with each with their own subtle humor and strange demeanor. The casting for these strong female leads were done right. I found myself wishing there was more screen time with them.

But when we dig deeper into the story, we see themes that make great talking points with our kids. Bullying. Broken emotional children. Split family dynamics. Loss. Pain of loss. Discovering our faults. Accepting our brokenness. Proving your self-worth. Trust. Finding the light within. Healing. Forgiveness. So many potential good good good post-movie conversations to be had here, especially with our delicate tweens. Take advantage. 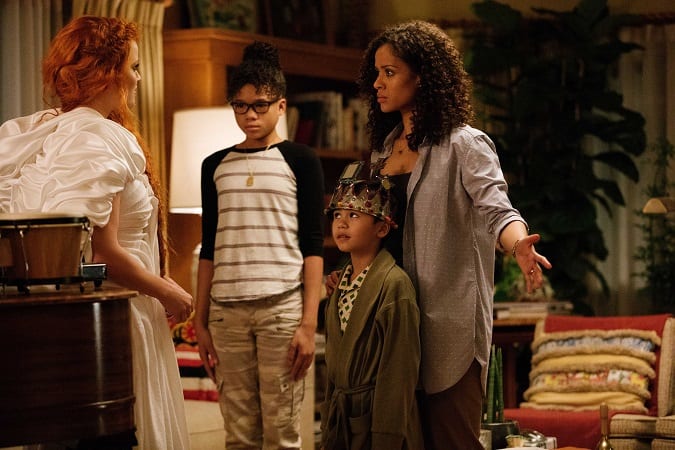 Applause for Diversity in Film

Right off the bat you see an American dad, a Black mom and a biracial child – followed by the adoption of a child who also looks multicultural. It’s the modern American family in the spotlight, and I loved it. Big applause to the director on the casting of this film with Storm Reid and Deric McCabe as refreshing multicultural children faces. Even the diversity in the celestials was appreciated. I mean Oprah and Mindy Kaling, c’mon. The more our world sees multicultural people, even in movies, the more we can appreciate them in the real world. I truly believe this, especially for our kids. They need to see diversity everywhere. I was happy to see Gugu Mbatha-Raw in a serious role post live-action Beauty and the Beast. And we had one of the Chris’ on the screen – in beard form. So there’s that too.

Ok parents, it’s time to talk about that PG rating in this A Wrinkle in Time Movie Review | Safe for Kids? How does A Wrinkle in Time fair for those little ones? I will say that I fully appreciate a director that understands that delicate balance of childhood and movie making.

Language. No swearing – thank goodness. You won’t have to worry about any foul language.

Violence. Violence is minimal and unrealistic. Even my 5 year old girl would be able to handle that.

Adult themes. So what does that leave us? The story. The darkness of “The It” is what has me keeping my little girl at home for this film. Red beady eyes, a twisted dark universe and some suspenseful scary scenes (peril I think is what is used for the rating itself) – I would caution parents wanting to bring little ones, especially those prone to nightmares. Definitely geared towards more mature children/tweens for the plot line, I would say this movie is age appropriate for as young as 7 could handle this one (again emphasis on mature) – keeping the scary sci-fi/fantasy scenes in mind. And I would encourage those on the fence to read the story with their child first before watching the film – a good gauge of overall interest (and a betterment of my lacking childhood). 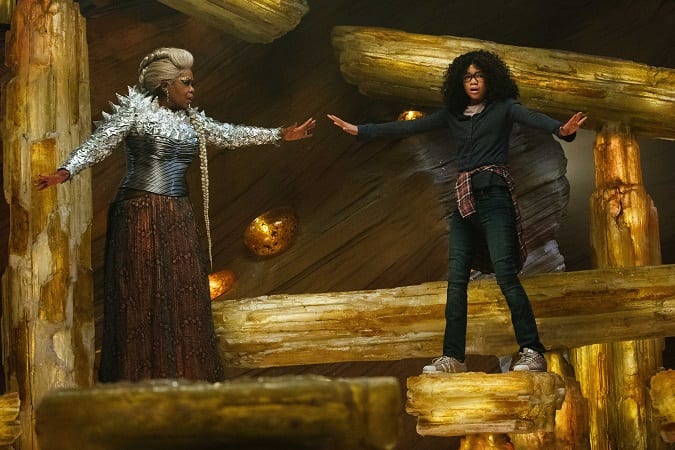 Would I take my own kids? My 9 year old came with me to the preview and liked it – a bit confused (he hadn’t read the book yet either – shame on me). My 5 year old however, she’s going to have to wait a few years. Sitting down to a movie with absolutely no knowledge about the book or the plot points, I walked away from this movie with feelings of whimsical spell bounding adventure. While categorized as sci-fi, I cannot help but also applaud those elements of fantasy, fairy tales and heroic folklore.

And in a world with such dark times, the emphasis on light and positive messaging for our future generations was embraced with open arms. Every child is going to experience darkness in their lives – but it’s how we find that light and hope in such dark times – this is where the movie shines. Was it a little weird? Absolutely. Was it the best movie I have ever seen? No. But again not having a childhood cling to the book kept me from becoming emotionally entangled into this story – which could be either good or bad (depending on your feelings of A Wrinkle in Time). It was a feel-good-family kind of film, and that’s totally OK.

But if you have the time (see what I did there?) to dig deeper with your kids, I really think that A Wrinkle in Time has the potential of touching families in a big way. Grab those talking points and life lessons and really engage with your kids in those deep memorable conversations. That may be “time” well spent.

A Wrinkle in Time opens in theaters on Friday March 9, 2018. Will you be watching with your family?

Get your A Wrinkle in Time gear: