Get kids excited about learning with the FREE Pixar in a Box online education tool for students, parents and educators. This post is sponsored by Disney as a part of the #FindingDoryEvent press trip. All opinions are my own 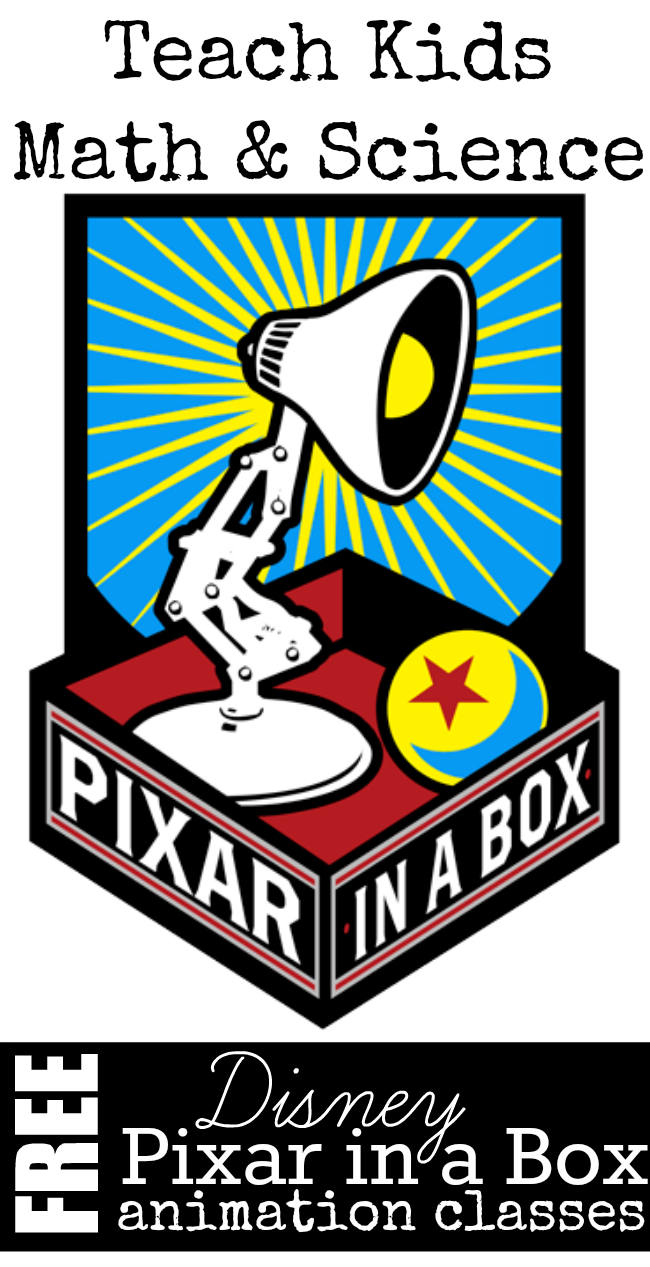 I’ll never use this algorithm when I grow up.

I remember sitting in my calculus class in high school, shaking my head. When would I ever use advanced math in the real world? And I’m not the only one. Plenty of students have gone through their learning careers complaining about the same thing. Disney Pixar begs to differ. If you’re wanting to engage your future student in advanced math and science concepts in a practical “Disney” way, this program is for you. FREE Pixar in a Box teaches kids animation with big dreams and even bigger hearts for the future animator in all of us. I have 7 reasons why every child needs to check out Pixar in a Box. And it begins with FREE.

Free, FREE, FREEEEEE! Do I have your attention yet? In collaboration with Khan Academy, Pixar has made a complete series of animation videos, tutorials and hands-on learning experience – all for FREE. Pixar believes that the future of animation lies within the hands of our kids today. And Pixar wants to hire the best, the brightest and the most creative. So why not offer an initiative that is easily accessible to our brilliant little minds and learning sponges? Exactly. The FREE Pixar in a Box program teaches kids animation by using engaging content and practical applications. 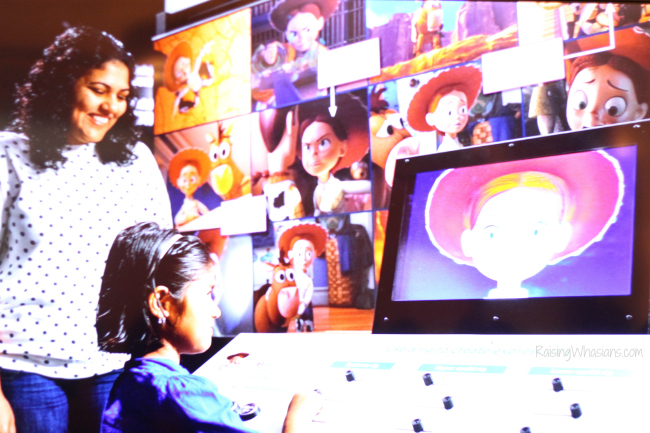 It’s Easy to Use for Kids, Parents & Educators

The whole FREE Pixar in a Box series is available online through a series of courses. Made for kids, parents and educators, you can create a free account to track progress, earn virtual points, and provide supplemental materials for students. I’ve heard so much about how this program is being used in schools, homeschools and “just for fun”. Prepping kids for tomorrow, enhancing skills and providing new concepts to help excel learning, Pixar in a box provides an easy to navigate site while spilling secrets about Pixar animation.

It wouldn’t be Pixar in a Box without the films that inspire millions of people. Each learning concept takes “real life” application from familiar Pixar movies such as The Incredibles, The Good Dinosaur, Toy Story, Cars…any of these films familiar to you? Using clips, behind-the-scenes, and raw footage, Pixar draws the learner even deeper into the world of Pixar animation. 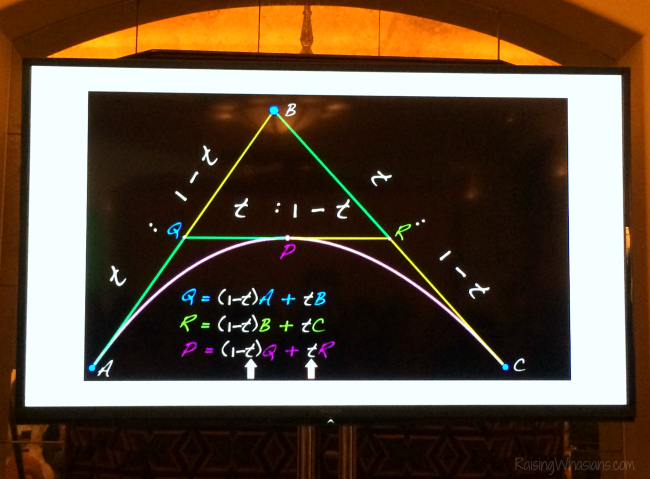 Viscosity, Gravity, Particle Systems, Algorithms, Smoothed Particle Hydrodynamics…my head is splitting already thinking about these intricate terms that I haven’t seen since high school/college. But when you add Pixar to the mix, you know that you have a winner. Pixar and Khan Academy easily break down complicated concepts into easy-to-understand tutorials. Creative videos with real animators, hands-on computer simulations and “tests” of knowledge are all ways to help kids learn, apply and retain information.

Disney and math. I’m sold. There’s humor. There’s creativity. There’s imagination. There’s adorable Pixar characters. Needless to say, there are many reasons why Pixar in a Box is fun for kids, parents and educators. Through a series of videos, hands-on tutorials and point tallies, your kids will be motivated to learn math, physics and more…the Disney way! I was highly impressed with how Pixar engages kids with great visuals, amazing tutorials, and step-by-step instructions.

With the release of Finding Dory now in theaters, the Pixar in a Box folks have been busy with the latest Pixar Animation course. Learn about water simulations, particle systems and the Genesis effect with the newest Pixar in a Box Finding Dory Lesson. I could have played around in the Smoothed Particle Hydrodynamics simulation for hours. Be sure to stick around for the final Genesis effect simulation too – with a big BANG!

Have you ever dreamed of working for Disney or Pixar? Yup, me too. By going behind-the-scenes of Pixar animation, Pixar in a Box opens a world of future possibilities for our kids, including dream jobs. Mathematician? Yes. Scientist? Yes. Dreamer? Absolutely. 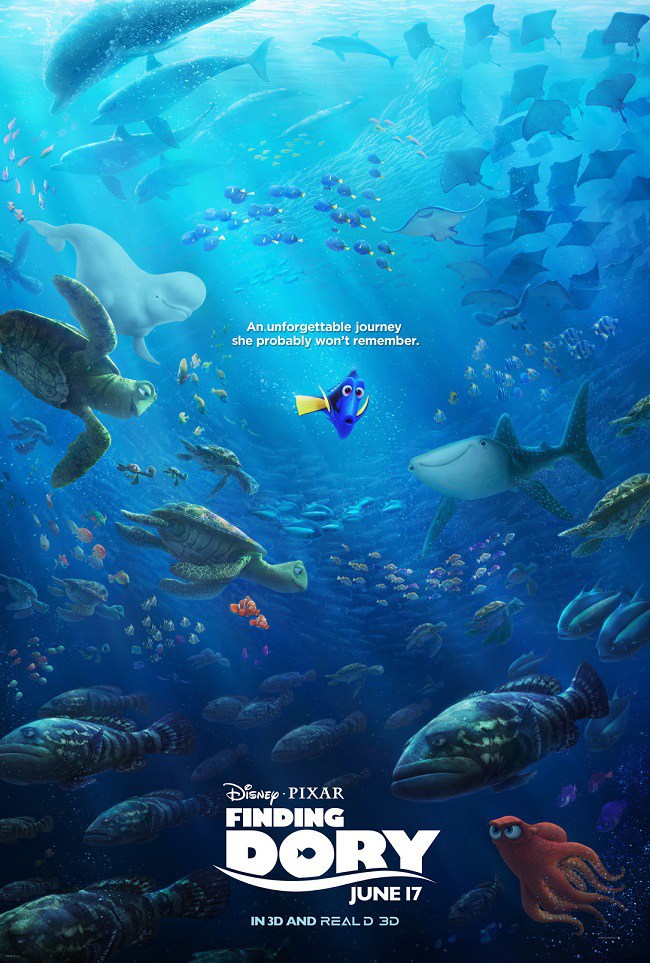 Have you been following along the #FindingDoryEvent journey? From walking the red carpet to exclusive interviews and insider info, catch up here: 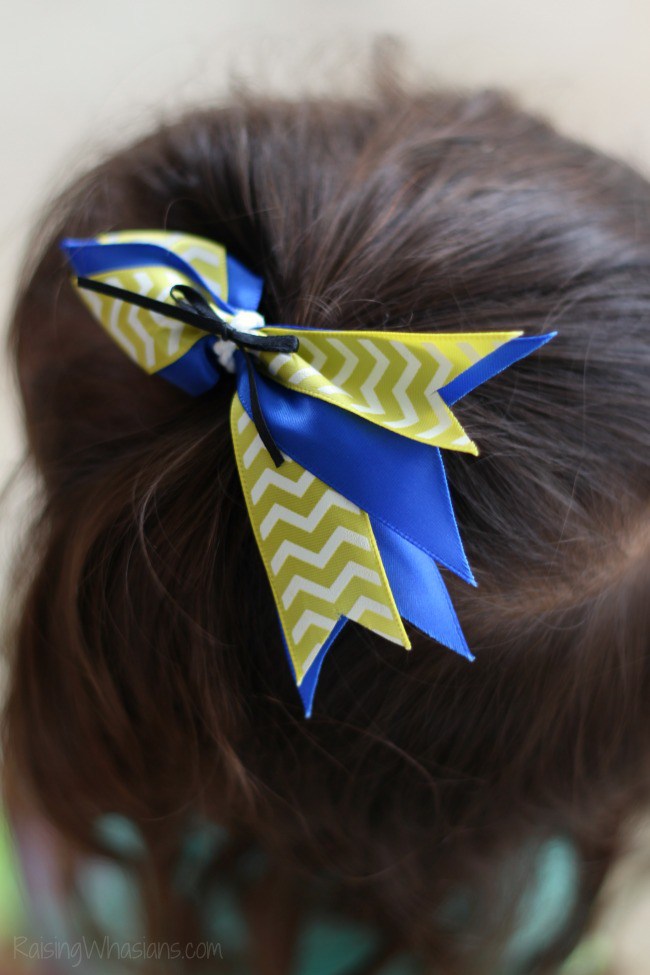 Need some more Finding Dory inspiration? You know that I’ve got you covered! 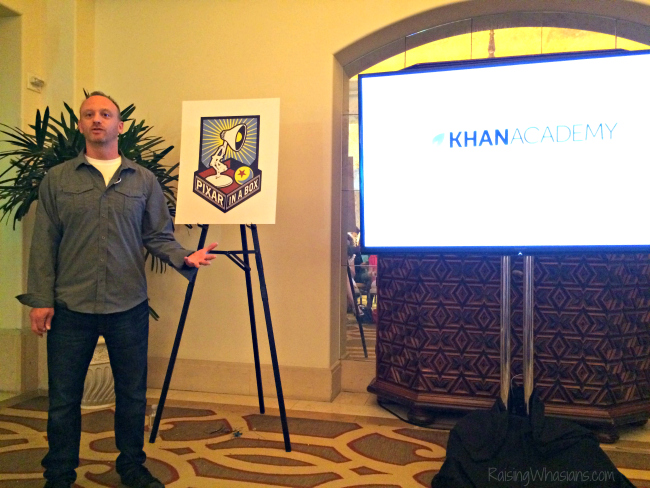 I never thought a math or science genius would be imperative to the successful Disney Pixar film, but now I know. Mathematicians, scientists and animators can all be the same important person in the process of making that next big movie. Thanks to Pixar in a Box, we can give our kids the opportunity to learn, grow and dream the big Disney dream. Head over to Pixar in a Box to start on your Pixar animation journey, including the new Finding Dory series. And be sure to check out Disney Pixar’s Finding Dory, now in theaters.

What do you love about Pixar in a Box?