Sit down with Chelsea Kane, Derek Theler and Tahj Mowry and me in this exclusive Freeform’s Baby Daddy Interview and why you need to watch season 6. Post sponsored by Disney for the #BeOurGuestEvent. All hilarious opinions are my own 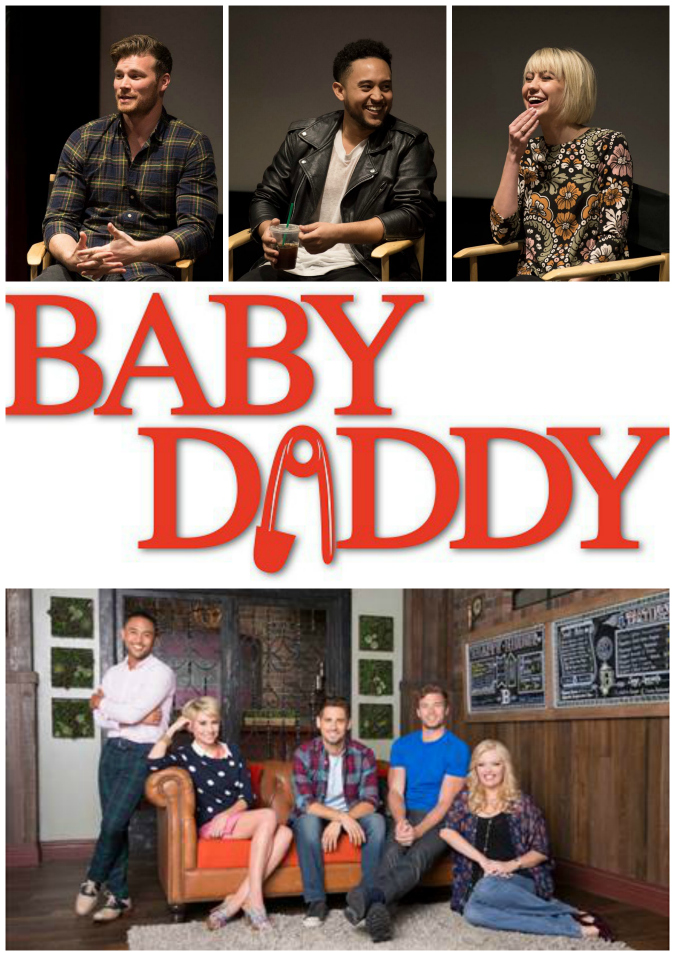 I swear these actors are getting younger and younger – or I’m getting older? Never mind, don’t answer that. I’m sitting in the same room with actors Chelsea Kane, Derek Theler, and Tahj Mowry (yes, Tia and Tamara’s brother), and I can’t believe that these “kids” have a successful Freeform show – now in it’s sixth season. I’m already impressed. In an exclusive Baby Daddy interview with the cast, we learn just a little bit more about what makes this comedy sitcom so successful and why you have to watch season 6. Have to, y’all. 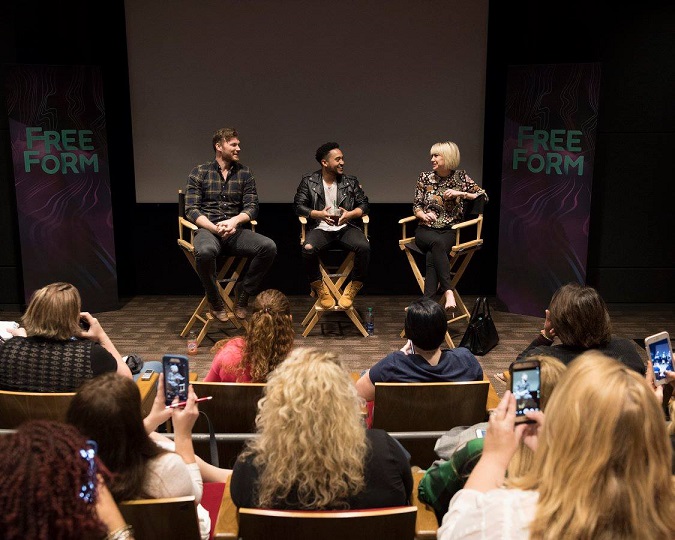 Impressive, right? It’s really hard for a sitcom to reach 100 episodes these days. They seem to come and go quicker than socks in my washer and dryer. So not only is Freeform’s Baby Daddy in the sixth season, but this season marks 100 episodes of packed Baby Daddy goodness – story, humor and heart.

TV shows they come and go. You’re lucky to get picked up from the pilot stage, and we’re in our sixth season. And to hit a hundred episodes is like a TV milestone. It’s such an elite club to be a part of. It really like lets you know that people really do love us. 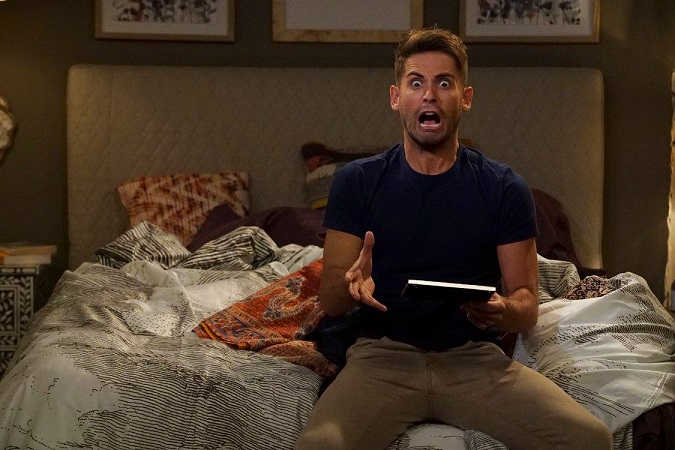 Pregnancy, Prison, and a Mystery

To say that this season of Baby Daddy is packed with storylines, that would be a major understatement. But for diehard Baby Daddy fans, season 6 promises to fill in a lot of missing plot holes – among other things.

A lot of storylines that were there from the pilot are really wrapping up this season in such a beautiful way. I think the fans will enjoy it checking it out.

For Tucker, specifically, we find out a little bit more about him and his in a different space mentally than he normally is. He’s not his upbeat self.

Danny, he’s trying to handle his pregnant girlfriend, which is challenge enough for most people, especially Danny. Ben is searching still for his love that he happened to cross at the end of the last season.

Brad goes to jail and I’m defending him. So, that’s a big storyline for Riley this year. Not only is she hormonal and trying to hide her pregnancy, which I also think is a hot button issue, she is worried that once her boss finds out that she is pregnant that she’s just gonna look like one giant case of maternity leave. So, she’s trying to hide her pregnancy and on top of that defend Mrs. Wheeler’s husband in court. She’s kind of an emotional train wreck for most of the season. 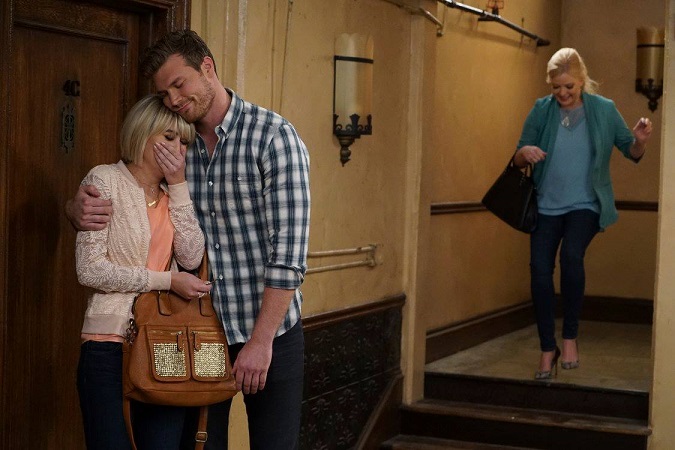 There will be a new baby

Yup, we will get to see Riley and Danny’s baby by the end of the season. But it’s more emotional than you think.

That was something that I definitely wanted this season, once we established that Riley was pregnant. I wanted to see it through and not leave it on a cliffhanger. So, you do get to meet our baby and yeah and that was a really emotional day on set. And we had a 13-day old baby, which was the scariest thing ever. 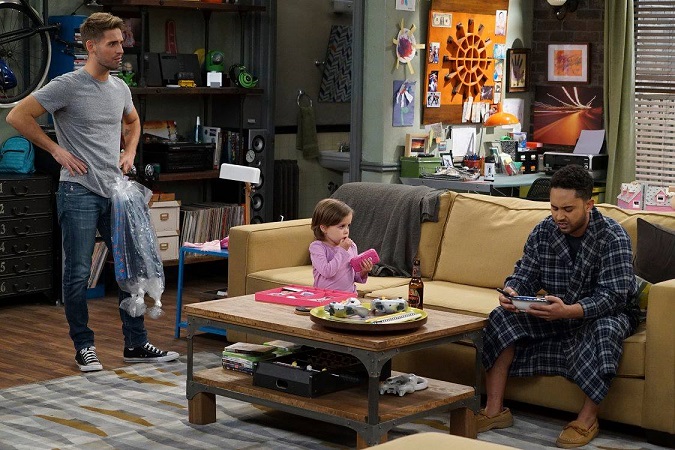 Emma is feisty on and off camera

Emma, Ben’s baby daughter left on his doorstep by the ex-girlfriend, has grown up quite a bit in season 6. Not only does this little girl deliver great punchlines, but she’s double-trouble off camera too! Played by twins Sura and Kayleigh Harris since season 3, the cast explains why these twins keep them on their toes.

They get to grow with us and they’re given lines. There’s a new life, so to speak to the show. You’re really on your toes. You can’t hone it in because they won’t answer you or [they’ll] just walk off the stage. And they figured out that if they say that they have to go potty, they can maybe escape set for a little bit. So, I’m always like, do you really have to go potty or are you just fibbing?

Our little girls just really became such an integral part of the show. 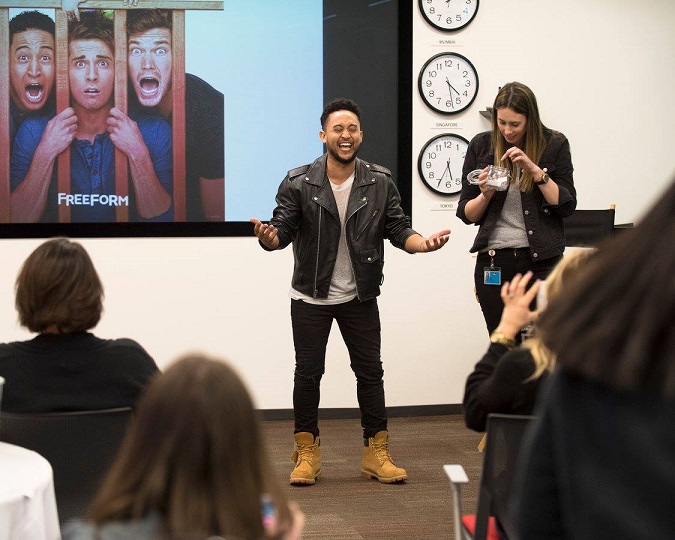 Because the cast is awesome IRL

So after the interview, we all hung out for a Baby Shower themed lunch. So fun! We ended the party with a “baby” themed charades game, with none other than Tahj, Derek and Chelsea leading our groups. They were just hilariously amazing! Not only do they all have great on-the-fly acting skills (as seen with this candid shot), but their humor and pure love for each other on and off screen was really wonderful to see. Family. Fun. And lots o’ laughter. They have it all. 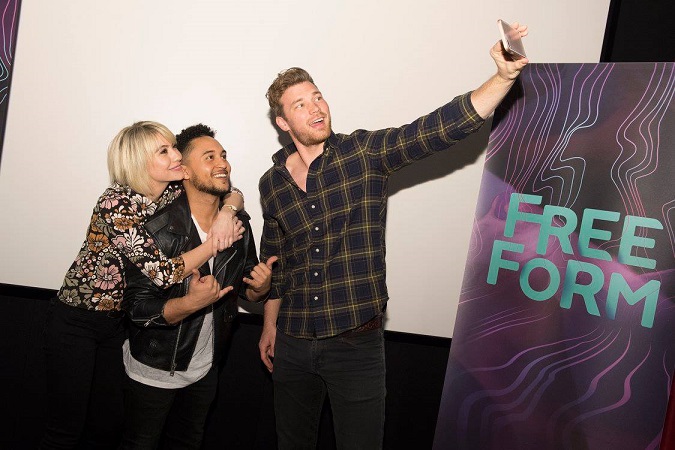 You should watch Baby Daddy. But don’t take my word for it. This show is immensely popular! Baby Daddy just won the 2017 People’s Choice Award for favorite cable TV comedy and the cast is still dumbfounded that they won!

We were kind of used to that ‘it’s just an honor to be nominated.’ When they handed us the award it was like, we did it. 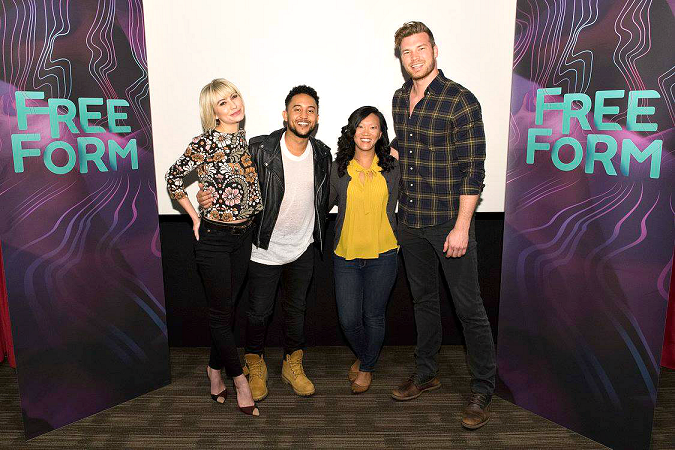 The award-winning Baby Daddy Season 6 will premiere on Monday March 13, 2017 at 8:30 pm ET on Freeform. There’s definitely a reason why this show has reached 100 episodes and beyond! Be sure to check it out with the premiere episode “To Elle and Back.” And follow Baby Daddy on social media:

What do you love about Freeform’s award-winning show, Baby Daddy?