Is the newest Marvel super hero film ok for children? In this Ant-Man Movie Review | Safe for Kids? we’re breaking down the PG-13 rating in an honest parent review. No spoilers. #AntMan 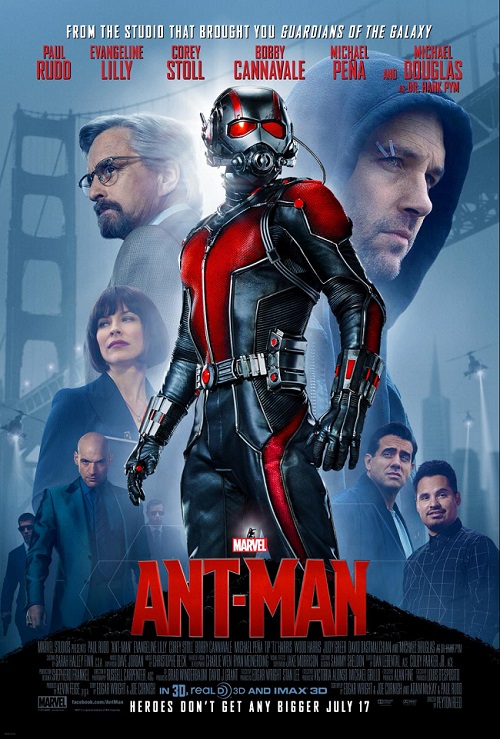 A little super hero getting his own BIG film? As Marvel revealed it’s second summer blockbuster for the season, I was expecting Ant-Man to be the “B” movie to Avengers: Age of Ultron. I mean seriously, Ant-Man was a bit of the super hero “nerd” in the comic books. But as we dive into this Ant-Man movie review, I the skeptical mom am proud to use the old saying that “good things come in small packages.” So check out the mom’s view of the Marvel Ant-Man movie, including if it’s safe for your kids to see. 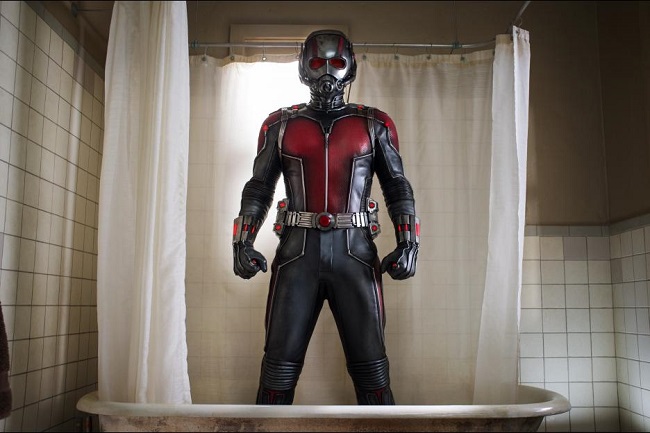 Unlike most Marvel films, there’s not 5 million conversations, unspoken tensions and comic book lingo flying over your head in the midst of nonstop action. You don’t have to be a die hard Marvel fan to be able to sit back, relax and enjoy this movie. Ant-Man doesn’t contain an overly complicated plot, pretty easy for kids even to follow. There’s enough comic relief in there to get everyone laughing throughout as well. A super hero that wasn’t a super hero, you really get a different side of Marvel with Paul Rudd in the lead. He’s quirky. He’s awkward. He’s kind of goofy. But he also has some fantastic lines. Eventually “growing” into his role, the inevitable save the world from the destruction of The Yellow Jacket earns him a role in Marvel history. 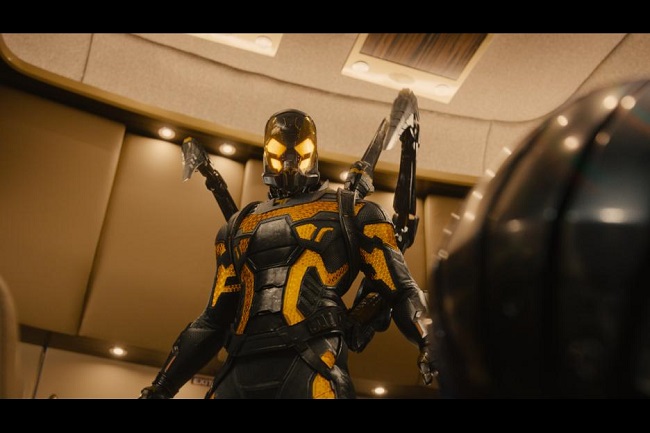 What is Ant-Man without some amazing actors. Michael Douglas is refreshing in his role as Dr. Pym. Evangeline Lilly….I mean, she’s been my favorite ever since Lost. She’s the same kick butt doesn’t “need” a guy to survive kind of gal. And she basically becomes my favorite character in the movie. There are the 3 amigos in the film that are definitely there for the comic relief. T.I., Bobby Cannavale and Michael Pena definitely had me loving these 3 Stooges. Corey Stoll emerges in more of a leading role as his “bad guy” persona Darren Cross. (I had to IMDB him to see what else he’s been in…remember Bourne Legacy?) 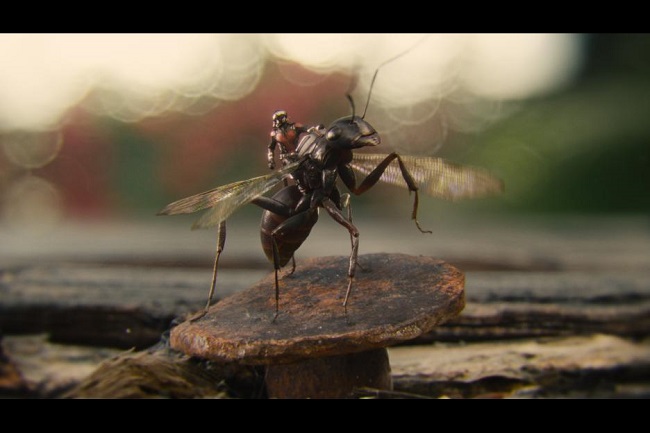 I was actually really good with my 6 year old son seeing this movie, until the blatant swearings were added. The s-h-*-t word comes into play a few times, and not just in passing conversation but as the punchline. I didn’t see this film as “moderate bad language” per se, but I counted at least 3-4 swear words that I WOULD mind my son repeating. So parents, you may want to screen before taking kids under the recommended 13 year old age.

While there is violence including guns, I didn’t see grotesque bloody action that would have my eyes cringing while my son watched. I think he would have been able to handle that. And with the easy to follow plot and humor, he definitely would have gotten a kick out of the shrunken scenes. I got the warm fuzzies about Honey, I Shrunk the Kids. Remember that film, parents? I would think an 8-10 year old that loves super heroes would be able to handle this Marvel movie. It is definitely the “tamest” of the intense violence films you see from Marvel. 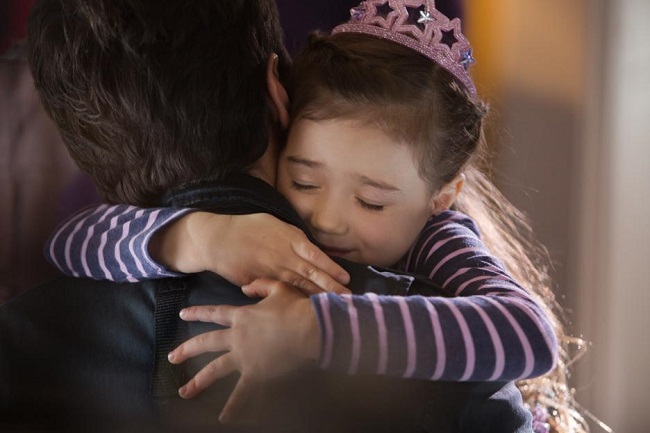 I would watch this film again, in the theaters. I wouldn’t waste your time on 3D IMAX, it wasn’t impressive. But the story, the action, Paul Rudd…I became an Ant-Man believer. So I take it back, Marvel. It was an entertaining movie. The recurring theme of the importance of a father/daughter relationship is really touching. I love when super heroes have a soft side. And the cinematography for the shrinking of Ant-Man and the magnified world was rather impressive. And hey, I even learned a thing or two about ants (in case you needed an education angle). The fighting scenes with Yellow Jacket in the daughter’s room and the briefcase were the most impressive in my opinion. Definitely of Marvel caliber. And a few tie ins to other Marvel films was fun as well. In fact, my husband and I are already talking date night to see this film. So maybe leave the kids at home with a sitter and head into theaters this summer for a surprising and entertaining “A” movie from Marvel.

And I cannot emphasize enough. Stay until the very very very last moment of the movie. Not one but two teasers that you won’t want to miss. I promise. 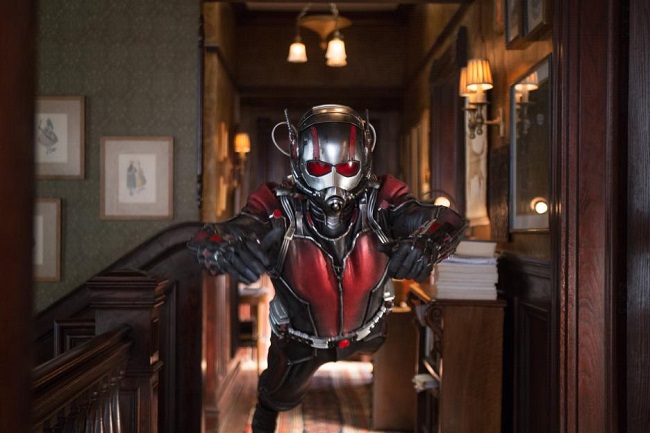 Will you be seeing the latest Marvel movie, Ant-Man, in theaters now?