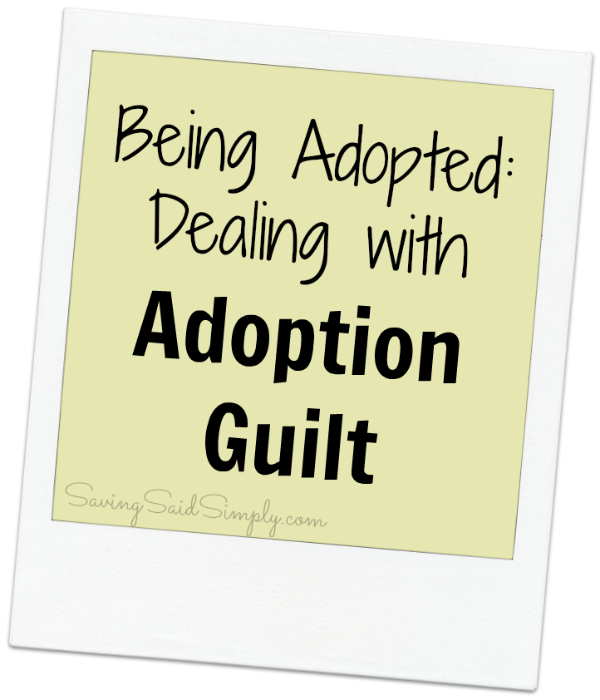 Being Adopted | Dealing with Adoption Guilt

But as years go on and I became an adult myself with responsibilities, finances and time constraints, the guilt began. And since then, I have that gnawing reminder in the back of my mind. Adoption guilt.

It’s tough knowing that I was given a better life because I was adopted. I know that my life would not have been as full of love and opportunity if I had been left behind in that Korean orphanage over 30 years ago. And I’ve always wanted to be able to Pay It Forward.

But then I get married. The thought of having my own family, my own roots in America was calling me. What would MY kids look like? Would they have my hair, my eyes, my temperament?

Instead of pouring money into my 2 beautiful and healthy half Asian children, I wonder what child may be waiting for me at an orphanage in Korea. But let’s face it, adoption doesn’t come cheap.

In fact, about the price of a luxury car. Oh, and then there’s the lawyers, the paperwork, the background checks and endless amount of time waiting. But here I am, thinking about adopting again. I think about it everyday.

Maybe if the timing was better. If we had a little bit more saved. If the kids were a little bit older. If. If. If. Am I making excuses? Am I just piling on extra guilt? What’s wrong with me? Why won’t I just pull the trigger? Am I ready to handle 3 kids? Would I be able to show this child just as much love? Would I be able to relate and share my experiences? Would they shy away and resent me? Is this feeling normal? So many questions.

I don’t have answers. Only Adoption Guilt.

Are you adopted? Do you desire to adopt too?